Cancel Culture: The Legacy of ‘Ghost of Tsushima’

‘Ghost of Tsushima’ proves politics has no place in gaming as self-elected social media police tried to cancel gamers’ kind group-donation of $250,000 USD.

December 28, 2020 — The cultural legacy of Ghost of Tsushima is a prime example of how social justice virtue-signaling has no place in gaming culture. If the online mobs had it their way, over $250,000 USD would not have been raised to help renovate and mend a forgotten yet historically significant Japanese island — that of Tsushima itself.

Tsushima is an island of the Japanese archipelago situated in-between the Tsushima Strait and Korea Strait, approximately halfway between Kyushu and the Korean Peninsula. The mainland of Tsushima, once a single island, was divided into two in 1671 by the Ōfunakoshiseto canal and then once more, into three islands by the Manzekiseto canal in 1900. That aside, the name Tsushima Island refers to both the three main islands as well as all of the smaller, adjacent isles of Tsushima’s natural archipelago.

Is it inappropriate to create art that is derivative from a culture other than your own? In a world increasingly dominated by the dogmatism of cancel culture, there appears to be a growing consensus in mainstream thought that the answer to this question is, sadly, a resounding yes. Major franchises such as Assassin’s Creed which explores history in such stunning detail it was once used to rebuild the real Notre Dame are becoming the victim of journalistic hit pieces. Even Nintendo’s not-so-subtle Italian mascot, Mario, has also begun to find himself in the firing line. So, when Sony announced one of its future major intellectual properties (IP) Ghost of Tsushima, a game set in Japan in the 1200s AD, would be developed by western studio Sucker Punch, it felt like a crossroads in gaming. Would the toxic forces of social media mob-politics obstruct the phenomenal title’s success? Luckily, not quite. 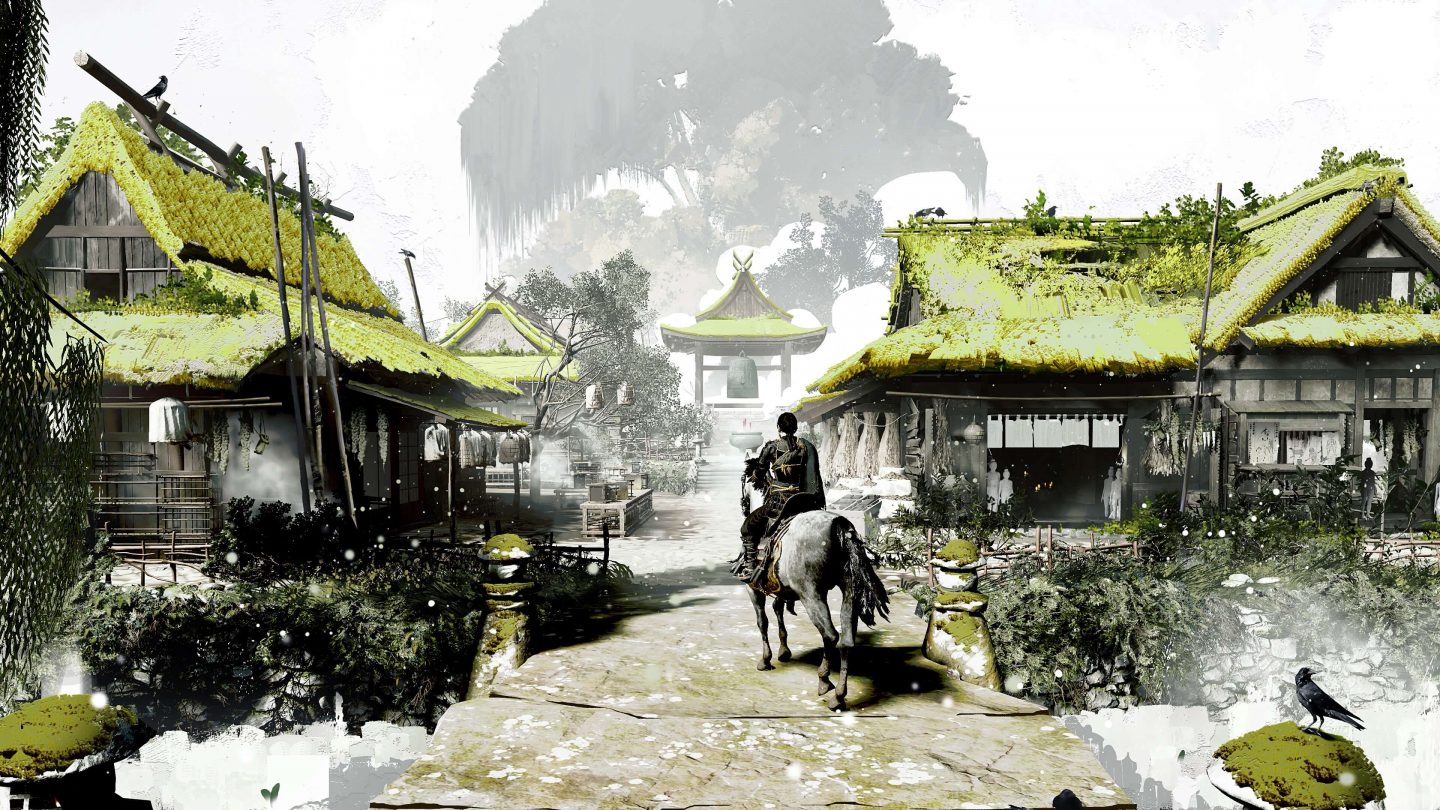 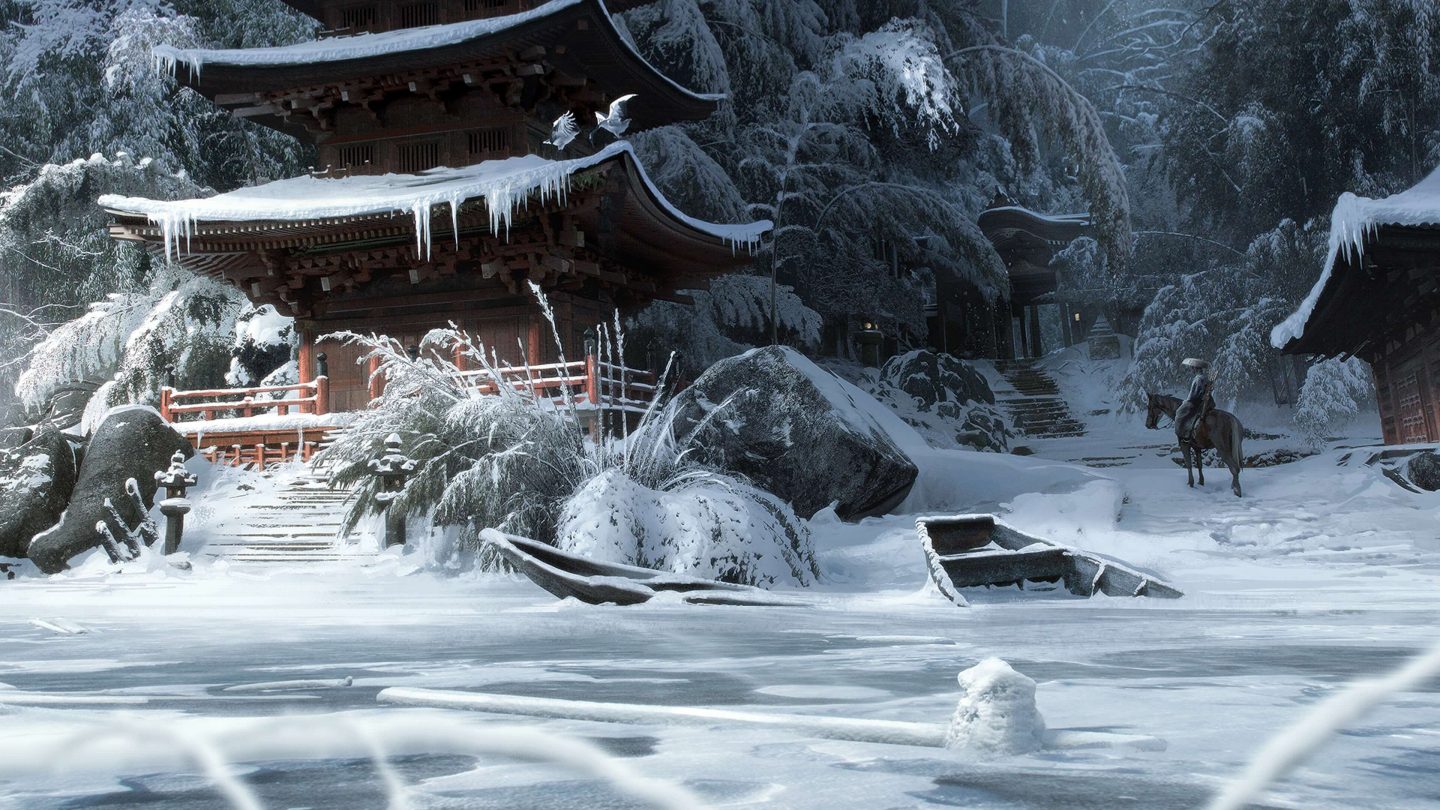 Ghost of Tsushima quickly established itself as one of Sony’s most distinctive franchises. Financially, it became their fastest-selling new IP. Critically, it won fans’ hearts and consequently Game of the Year 2020, over the divisive, politically correct Last of Us 2. According to Forbes, Ghost of Tsushima achieved amongst the highest user review scores on Metacritic of the decade when compared to other major console games (those with at least 1000 reviews.) Despite occasionally falling victim to the mundane tropes of the open-world genre, Ghost of Tsushima achieved these feats because of its artistic flair, organic open-world design, and Akira Kurosawa-inspired story.

Unsurprisingly, and considering the day and age we live in, Tsushima’s success was not immune to toxic backlash on the Internet. A “review” in British news outlet Metro amusingly described Ghost of Tsushima as Sony’s worst game. While the article initially presented itself as an earnest critique, it revealed some rather uncomfortable political undertones by asking why American developers would consider making games about Japan in the first place, a sentiment widely echoed on Twitter before the game’s release. Certain tweets described Tsushima as ‘offensive’ for its affiliation with “white people”, and even “Asian Americans”, who according to the mob were not deemed “authentically Asian” as far as they were concerned. One Twitter user went as far as to say “White men making a game about Japanese history is cultural appropriation at its finest. Can white people just die already!?”

Multiple tweets also scathed a Ghost of Tsushima presentation for allowing a “westerner” to play a little-known Japanese flute instrument, only to learn from Japanese gamers that Cornelius Boots was one of only a few recognized masters of the shakuhachi flute left in the entire world.

How sharing cultural practices is enriching

Gaming was invented by an American and later revolutionized and refined in Japan before being exported back with much success. To suggest only individuals with genetic ties to the origins of certain activities may partake in such is to fundamentally deny the premise of anti-racism itself — that we are all related, and equally human. Imagine if only one group could cook a certain cuisine, or professionally play a particular sport. This would certainly not be a less racist, merit-based world but one more divided than ever. And here we are. 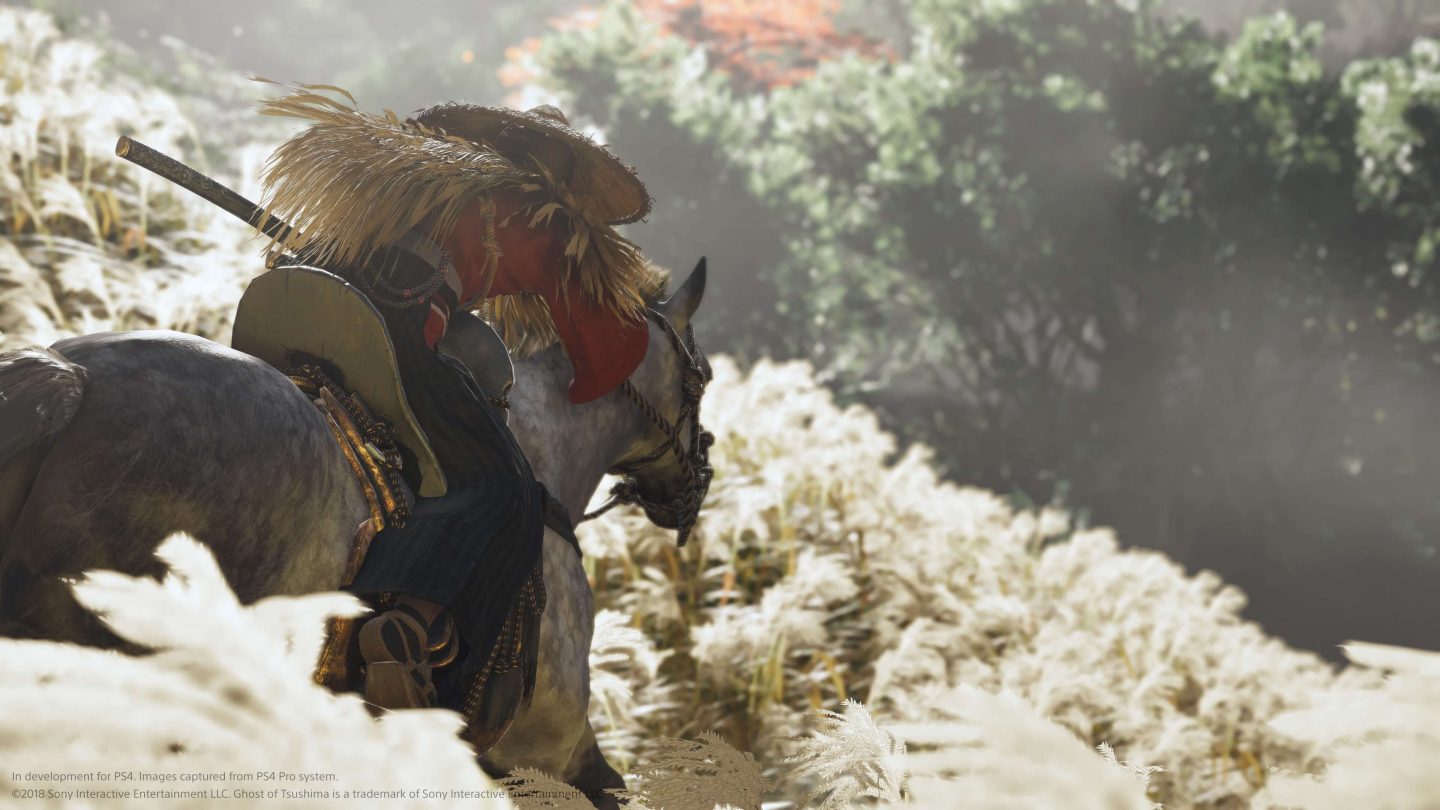 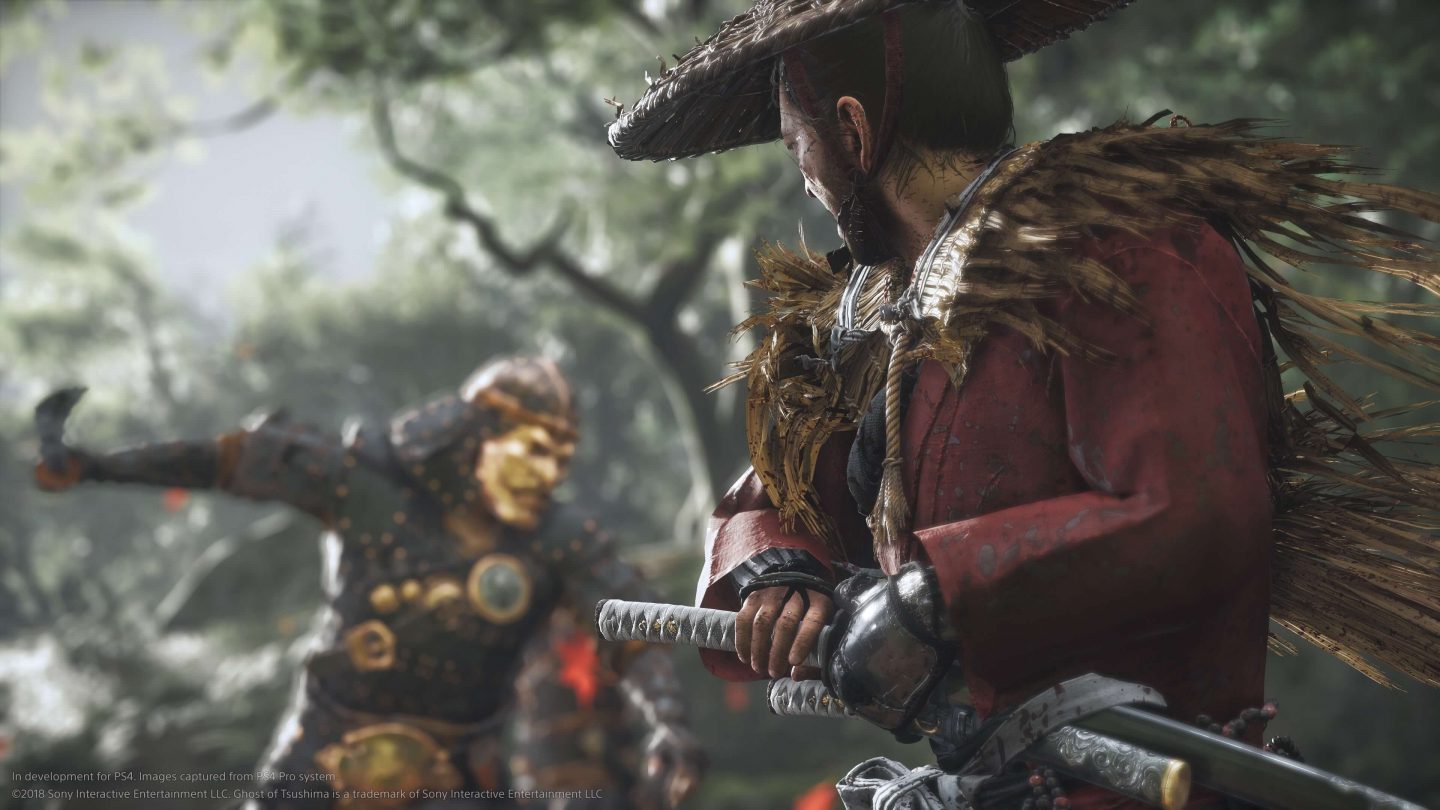 Ultimately, it is the opinion of those affected that matters most. That is why Japanese gamers shut down the appropriation argument as they voted Ghost of Tsushima to be their game of the year 2020. Leading Japanese critics such as Weekly Famitsu gave it a perfect score, while Akiba Souken, a Japanese news site dedicated to geek culture and otaku products, praised Tushima’s linguistic accuracy and authentic representation of Japanese history. To provide a historical example, the game references a failed Mongol invastion to invade the island of Tushi at is said to have saved Japan from two Mongol fleets under Kublai Khan. These fleets attacked Japan in 1274 and again in 1281.[

the leading theory is that a storm is what prevented the Mongol invasion od from being successful. To perfectly blend fiction with reality, a ‘divine wind’ guides the main character Jin in the place of a map, and the weather progressively turns stormier as you become the ‘Ghost’. It’s these innovative touches that lead it to break retail records and become Japan’s fastest ever selling PS4 exclusive in its first week.

For some, this still wasn’t enough to settle the debate. Washington Post reporter Gene Parks suggested there was a risk this positive reaction would be ‘misused’ as a means to dismiss the cultural appropriation critique. This was quite a revealing reaction. In the woke activist’s mind, their opinion is more important than those whom they purport to protect. Actual Japanese people’s views are not sufficient evidence of a project’s respect for Japan. Rather, the opinion of a small number of western journalists and Twitter users is the metric by which racism against other nations can be objectively adjudicated. This exposes the elitism that underpins these forms of cancel culture narratives. It’s all about them. 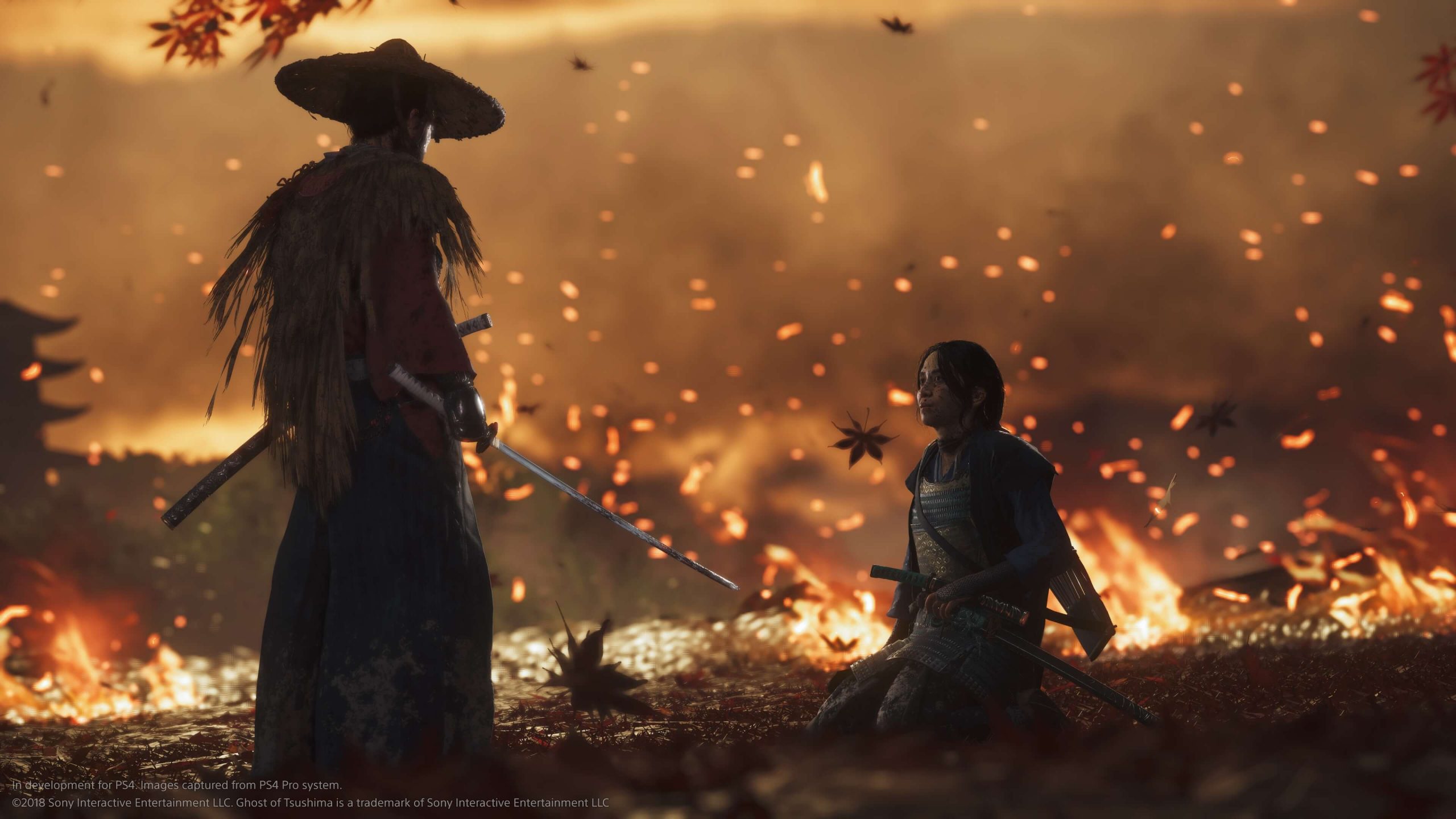 Thankfully then, if Ghost of Tsushima’s critical reception in Japan wasn’t persuasive enough, its real-world impact on Tsushima makes an even more powerful case for allowing cultures to appreciate one another. Tsushima is a small island, with a history that is not widely known even in Japan. Consequently, the island’s leaders could not raise sufficient funds to repair one of its key monuments, the Watatsumi Shrine. Until something shocking happened. Gamers from all around the world donated over $250,000 to its Crowdfunding page. They were so moved by the game’s stunning depiction of the island, they wanted to ensure the real thing could be maintained. But the unprecedented relationship between this game and the real world didn’t end there. Ghost of Tsushima’s leading developers were appointed as ambassadors to Tsushima and invited as honorary guests.
“Fox and Connell spread the name and history of Tsushima to the whole world in such a wonderful way. Even a lot of Japanese people do not know the history of the Gen-ko period. When it comes to the world, the name and location of Tsushima is literally unknown, so I cannot thank them enough for telling our story with such phenomenal graphics and profound stories.” (Hiroki Hitakatsu – Tsushima Mayor).

This shows not only that appreciating another culture through art is not racist, but it’s also a profound tool for enacting real-world change. Western developers were so passionate about another culture’s cinema and history, they studied it, gained approval from Japanese experts, and made a piece of art to honor it. That art went on to be enjoyed by millions of gamers, it taught the world about the forgotten history of a small island, and inspired westerners to donate money to, and visit its monuments. Now Tsushima has new bonds with the world, and the world has a newfound respect for Tsushima. This was not the extortion of another culture, it was a passionate love letter to it.

When a piece of media can promote respect between different parts of the world, we should celebrate it as a shining triumph against historical racism. Instead, contemporary political progressives would have us regress by insisting we must stay in our lane and maintain the imaginary barriers of the past. Let Ghost of Tsushima’s legacy be a powerful statement, that politics which seeks to divide up our creative liberties along the lines of race, has no place in gaming. 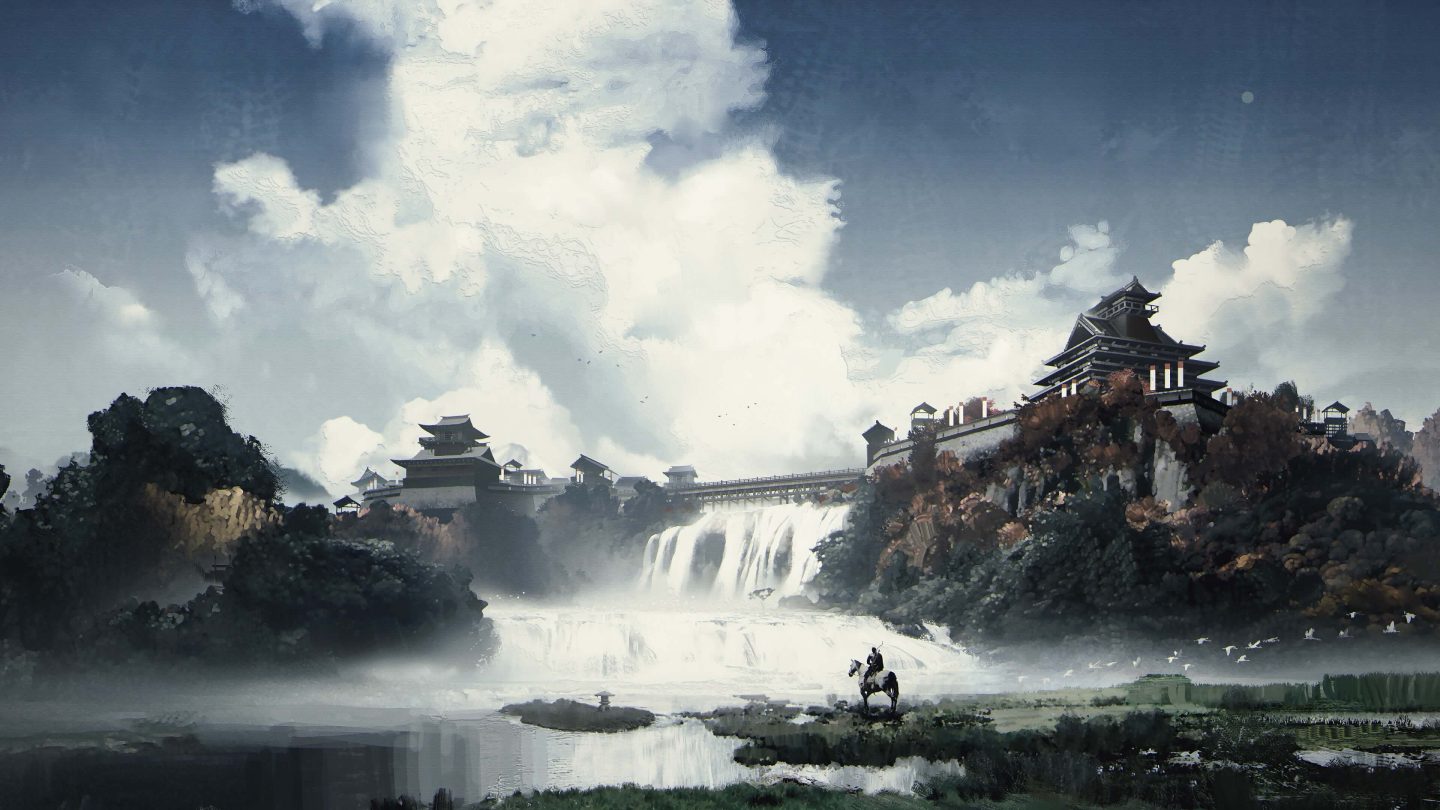 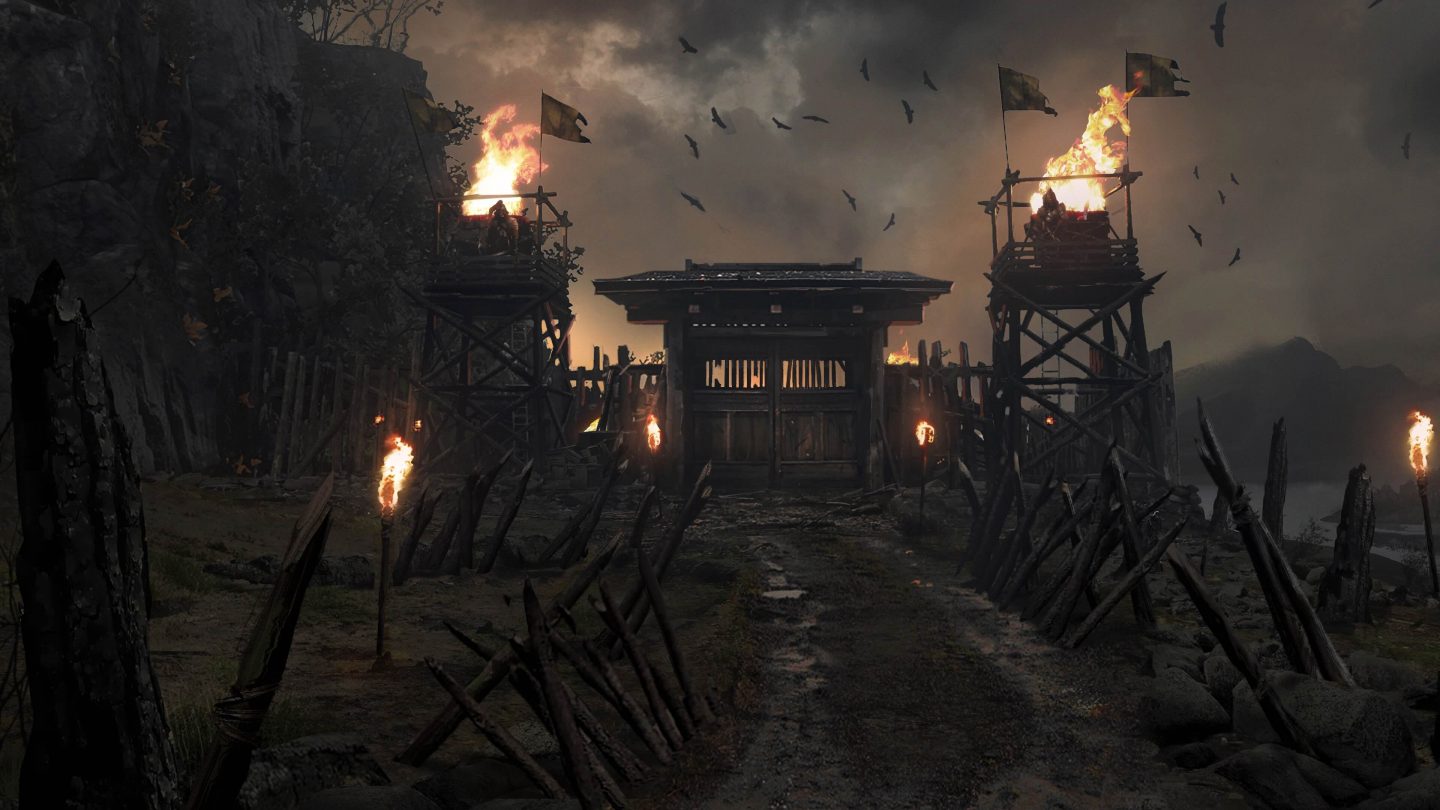 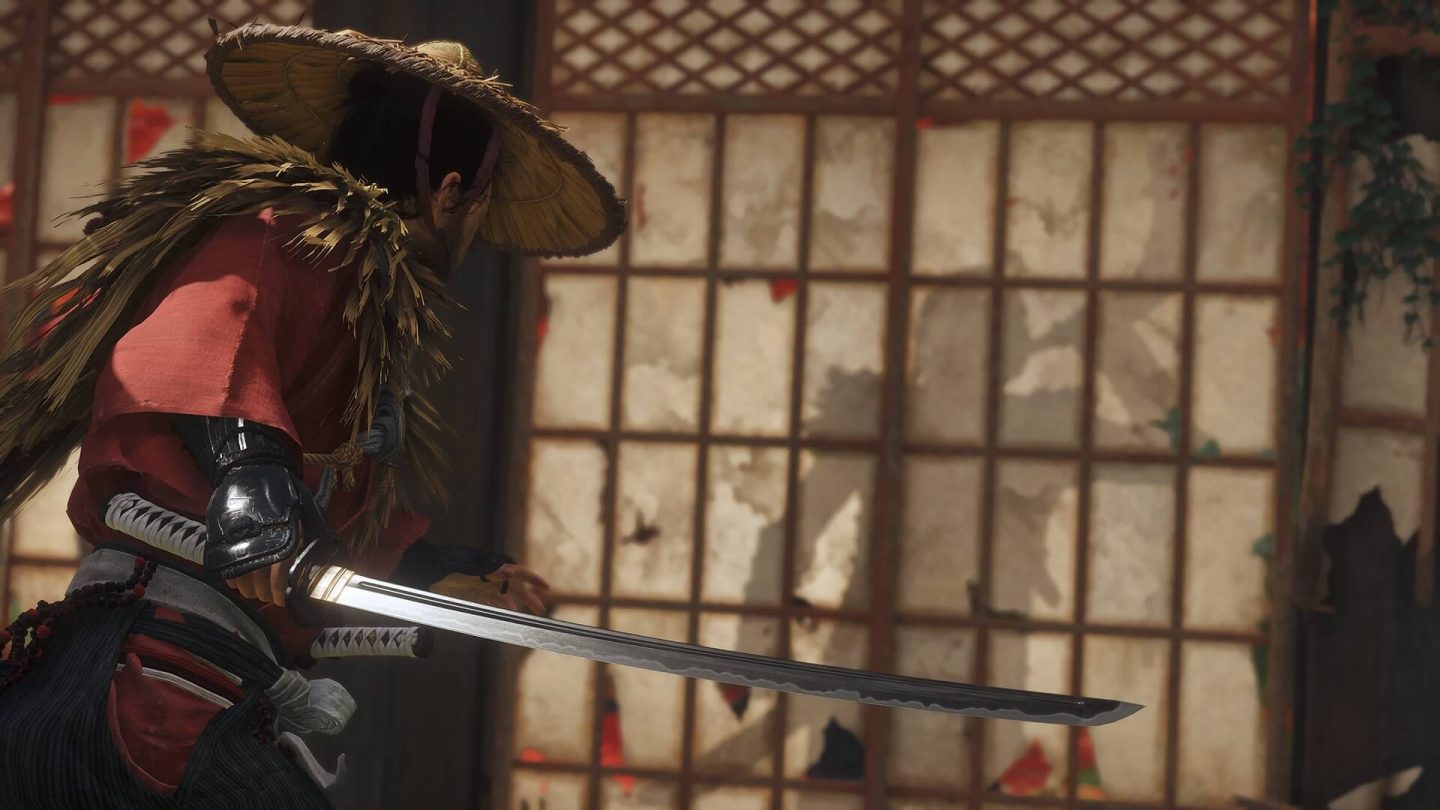 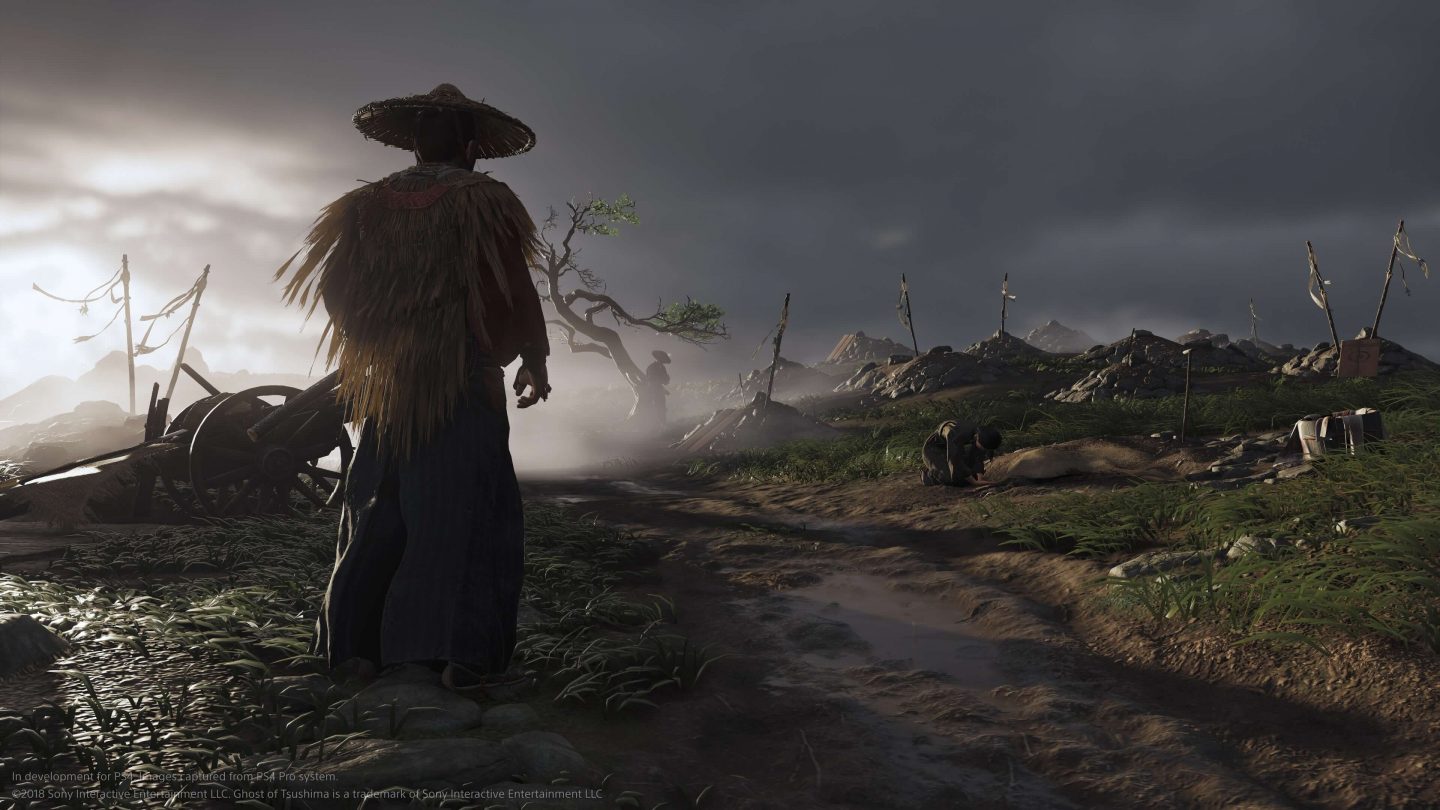 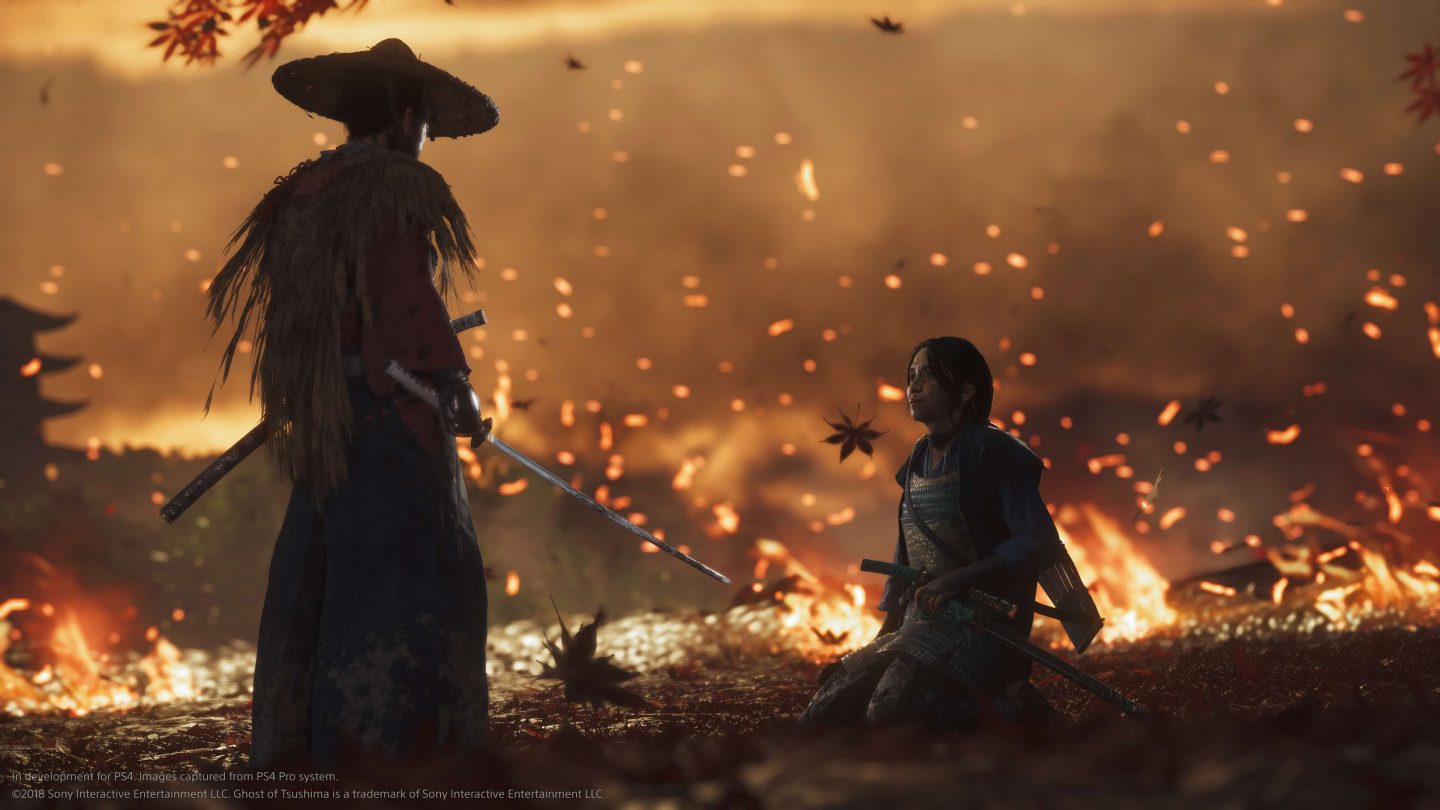 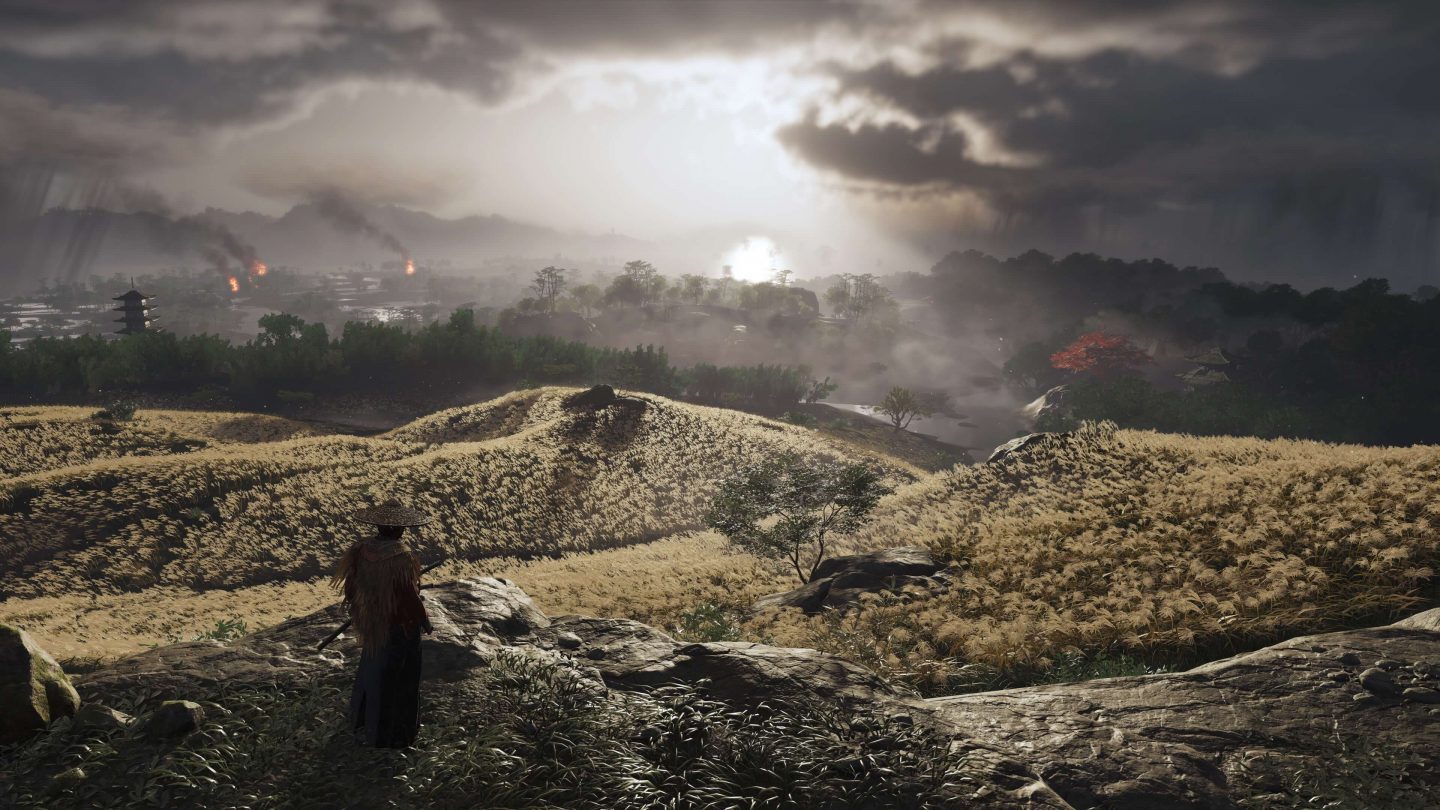