Secrets of the Jungle

12,500-Year-Old ‘Sistine Chapel Of The Ancients’ Discovered in the Amazonas

December 9, 2020 — Archaeologists have discovered tens of thousands of ancient paintings dating back some 12,500 years in the Colombian jungle. These prehistoric depictions of animals and humans were found adorning cliff faces that stretch across nearly eight miles. On top of that, some depict long-extinct ice age animals. According to the Daily Mail, archaeologists were stunned to find countless human handprints at the site, as well. Funded by the European Research Council, the British-Colombian team had no idea what awaited them in the Chiribiquete National Park — but is now finally ready to share the remarkable discovery with the world.

Perhaps most exciting were images of animals like mastodons and paleolamas, the prehistoric relatives of elephants and camels. The cliff face art also includes giant sloths and ice age horses, all of which were clearly seen and painted by some of the first humans to ever reach the Amazon.

According to The Guardian, the find has been aptly lauded as “the Sistine Chapel of the ancients.” Based on the sheer scale and plethora of paintings, experts say it’ll take generations to properly analyze. While it was uncovered last year, the find was kept secret for a documentary set to air on Britain’s Channel 4 in December.

“When you’re there, your emotions flow…We’re talking about several tens of thousands of paintings,” said lead archaeologist José Iriarte, professor of archaeology at Exeter University. “It’s going to take generations to record them…Every turn you do, it’s a new wall of paintings.”

The site is so remote that it took experts a two-hour drive from Chiribiquete National Park to Serranía de la Lindosa — followed by a four-hour hike to reach it. After this long journey, the team was awed to discover such extensive paintings.

Regional natives of the Amazon didn’t keep written records until fairly recently. With a humid climate and high levels of acid in the soil, nearly every trace of their tangible presence — including human remains — have been lost. Most about the region’s history before 1500 has been inferred from ceramics and arrowheads.

Most native tribes of the Amazon are believed to have descended from the first prehistoric group of migrants to cross the Bering Land Bridge around 17,000 years ago. The discovery is thus sure to shed unprecedented light on various aspects of their culture. 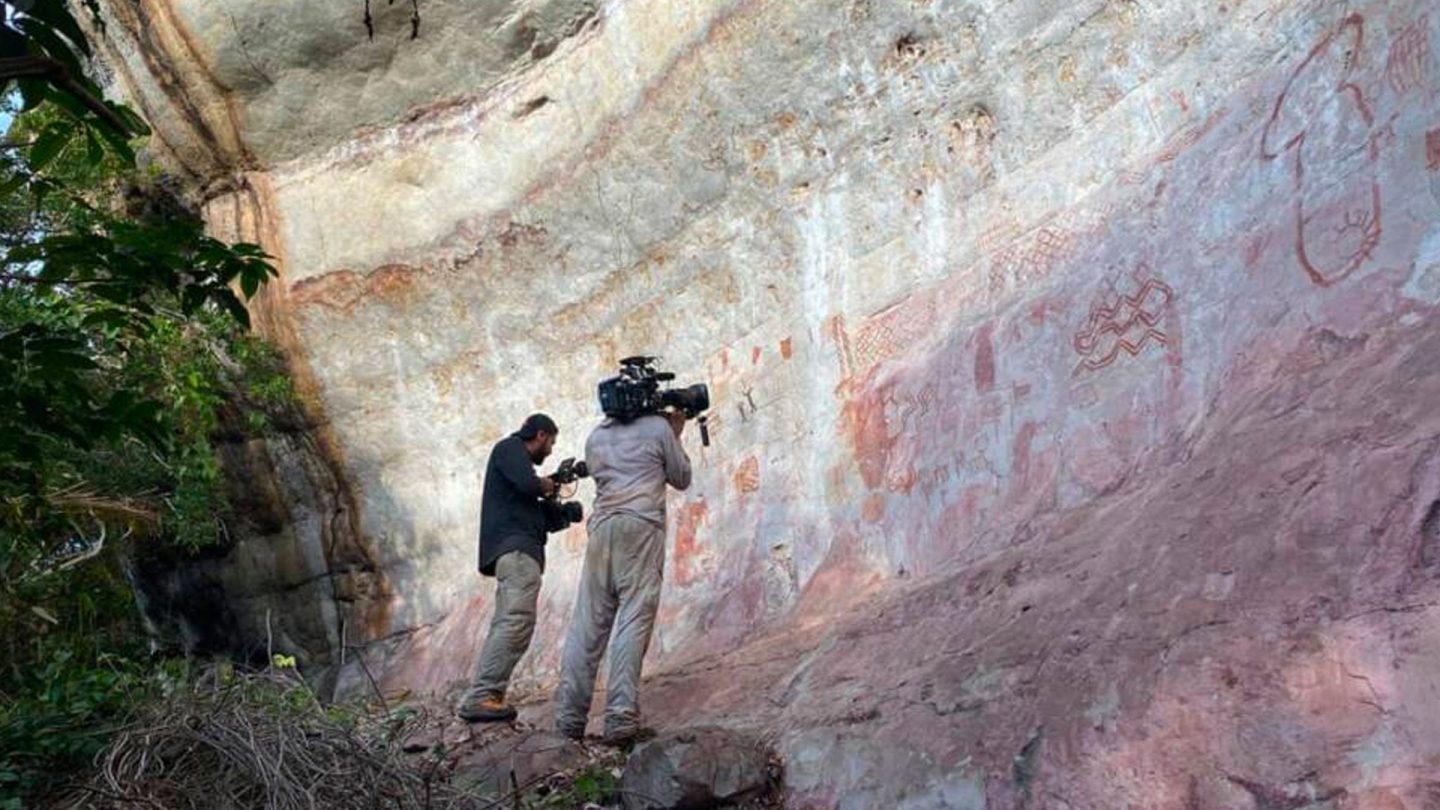