The Man in the Golden Mask

Surprised archaeologists unearth 3,000-Year-Old gold mask in the Sichuan Province of China that once belonged to an ancient Bronze Age society.

March 31, 2021 — In 1986, archaeologists excavated remarkable artifacts at the Sanxingdui site near Sichuan in China. The findings led to the discovery of numerous ruins historians have identified with the ancient Shu culture that was founded around 1,250 BCE and appears to have been the center of an extensive kingdom.

Now, archaeologists of an ongoing excavation at Sanxingdui province struck gold as they uncovered parts of a 3,000-year-old gold mask, thus hailing from the Bronze Age. The mask weighs 330 grams and is 84% pure gold.

Found among a large collection of 500 objects distributed across six “sacrificial pits,” archaeologists believe the gold mask was worn by a shaman or priest in a pagan sacrificial ceremony. The six sacrificial pits, the largest of which is 23 square meters, were uncovered between November 2019 and May 2020. They lie parallel to the other pits that were found in 1986.

Archaeologists believe the Sanxingdui Ruins was once a complex temple structure used to pray and offer sacrifices. Most artifacts found there are displayed in the Sanxingdui Museum which is located near the city of Guanghan in China. 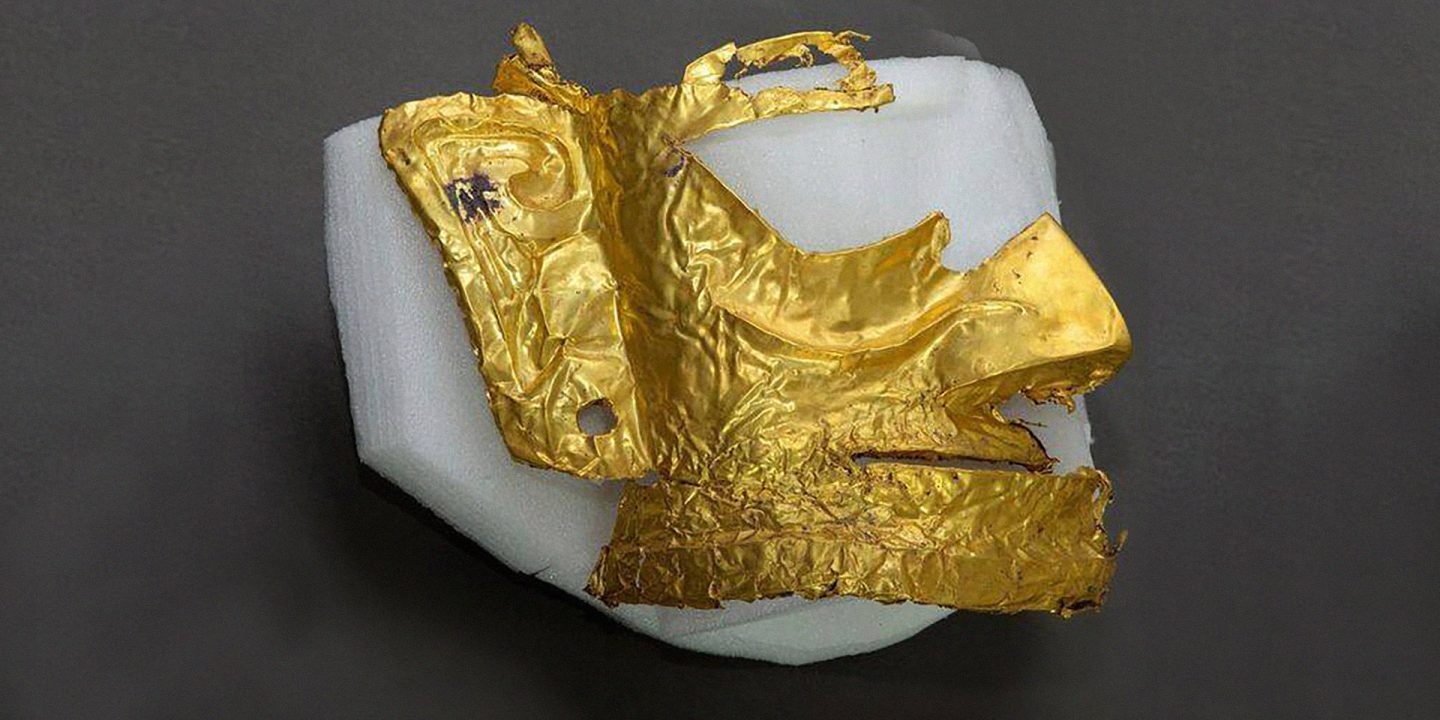