Lightning Strikes Death To Remind Us Of Nature’s Peril

For eons, humanity has marveled at her supremely destructive force and recently, spectators on a watchtower in ancient India were given a front-row seat.

July 12, 2021 — If you are not a little shaken by the power of Mother Nature now may be the time to reconsider your position. During a storm that rolled through India’s western state, lightning struck a watchtower connected to an ancient defense structure from the 1100s, killing 11 tourists in the process.

According to reports, upwards of 27 individuals were sightseeing around Amer Fort when the storm rolled in. Anand Srivastava, Jaipur’s police commissioner, confirmed the 11 deaths and stated that as many as 15 others were injured due to the strike. Several, he said, “jumped off the tower in panic” while others were expected to have fallen into the 500m ravine beneath the watchtower. Their condition has yet to be confirmed.

“The freak accident was only part of the horrors faced across India within 24 hours. Districts throughout Uttar Pradesh saw massive lightning storms that resulted in 38 people dead.”

The freak accident was only part of the horrors faced across India within 24 hours. Districts throughout Uttar Pradesh saw massive lightning storms that resulted in the deaths of 38 people. The Weather Channel India confirmed the 38 deaths, noting that they were scattered across Prayagraj, Kanpur Dehat, Firozabad, Kaushambhi, Unnao, and Chitrakoot. Other outlets like Independent claim that the total death count over a 24-hour period in India reached more than 60 people.

#Lightning Strike Kills 38 People in Several Districts of #UttarPradesh Over Past 24 Hourshttps://t.co/jLBfNTH5wd

It’s easy to chalk these deaths up to an unfortunate weekend, but lightning has proven time and time again that it’s not something to meddle with. Just days before the deaths in India, KSAT 12 of San Antonio shared a viral video of a golf ball being struck mid-air. Nobody was injured, but as TopGolf employee Tomas Gomez sums it up, “It could have hit me… it could have hit any of us.” It may seem like a freak accident, but the opportunity to get struck by lightning may be more possible than you expect.

Mr. Gomez, all of the 60-plus decedents in India, and even you, our readers, have a 1-in-15,300 chance of getting struck by lightning over 80 years. So, it’s 100% true when they say you have a greater probability of getting struck by lightning than winning the lotto. Though, it may not be as shocking of a comparison as they think, as winning the lottery is a 1 in 13.9 million chance.

“The one glimmer of hope people can hold onto is being struck by lightning has about a 90% survival rate.”

And if that weren’t rattling enough, the CDC states that 32% of all lightning-associated injuries occur when the individual is indoors. Is no one safe from this electrically charged weather phenomenon? You can certainly mitigate your risk of being struck, but there’s a certain “horror movie” quality to the lengths you have to go to. For instance, the CDC suggests avoiding water and electronics, which makes sense. But you’re also advised to avoid all windows and doors that lead outside.

So, in a way, treat lightning like it’s a slasher movie killer and tuck yourself away somewhere dark and secure. The one glimmer of hope you can hold onto is that being struck by lightning has about a 90% survival rate. Sure, you can scoff at a bolt of lightning and go about your day, but what you have to ask yourself is whether you want to risk being in the 10% or risk the possible disabilities associated with a survived lightning strike.

The choice is yours. 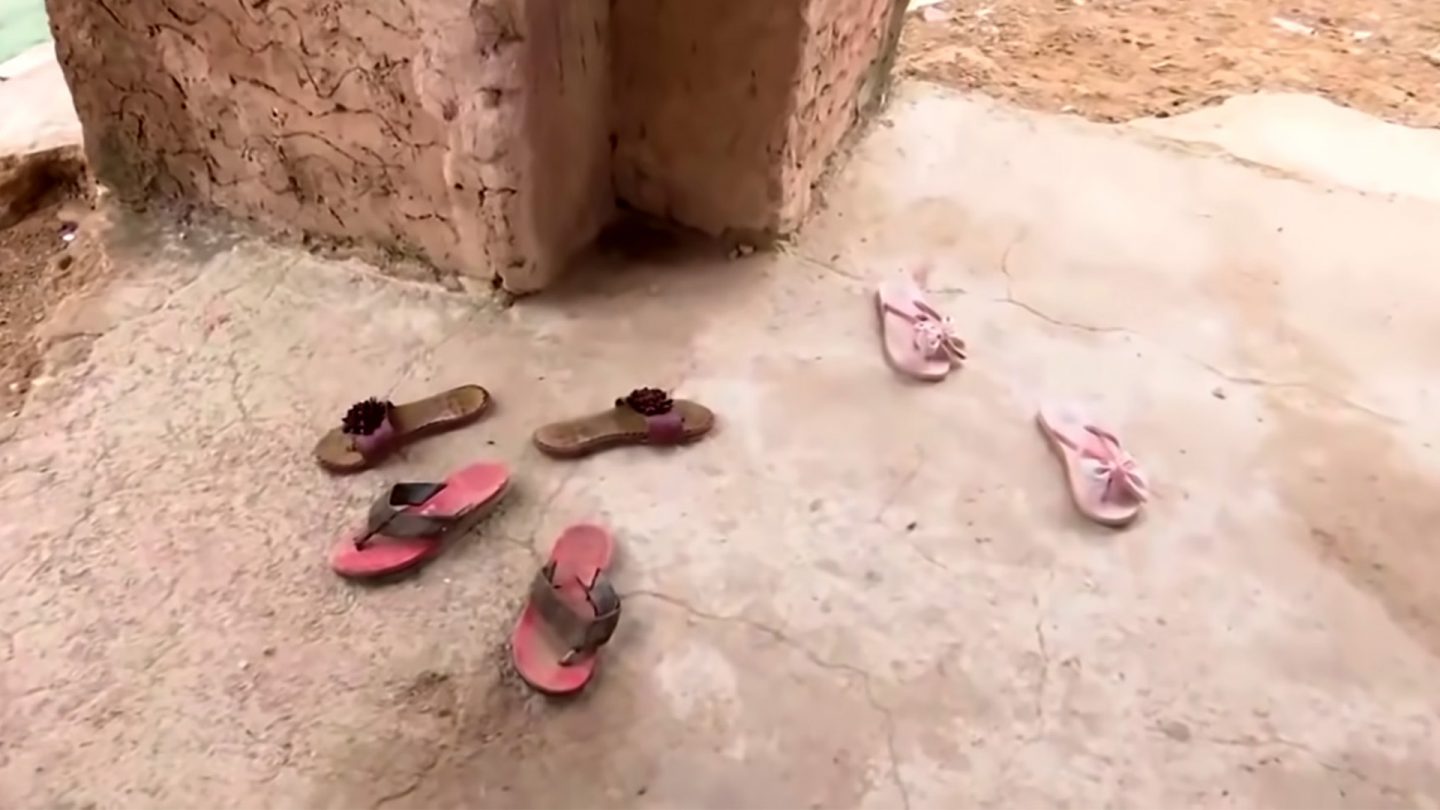 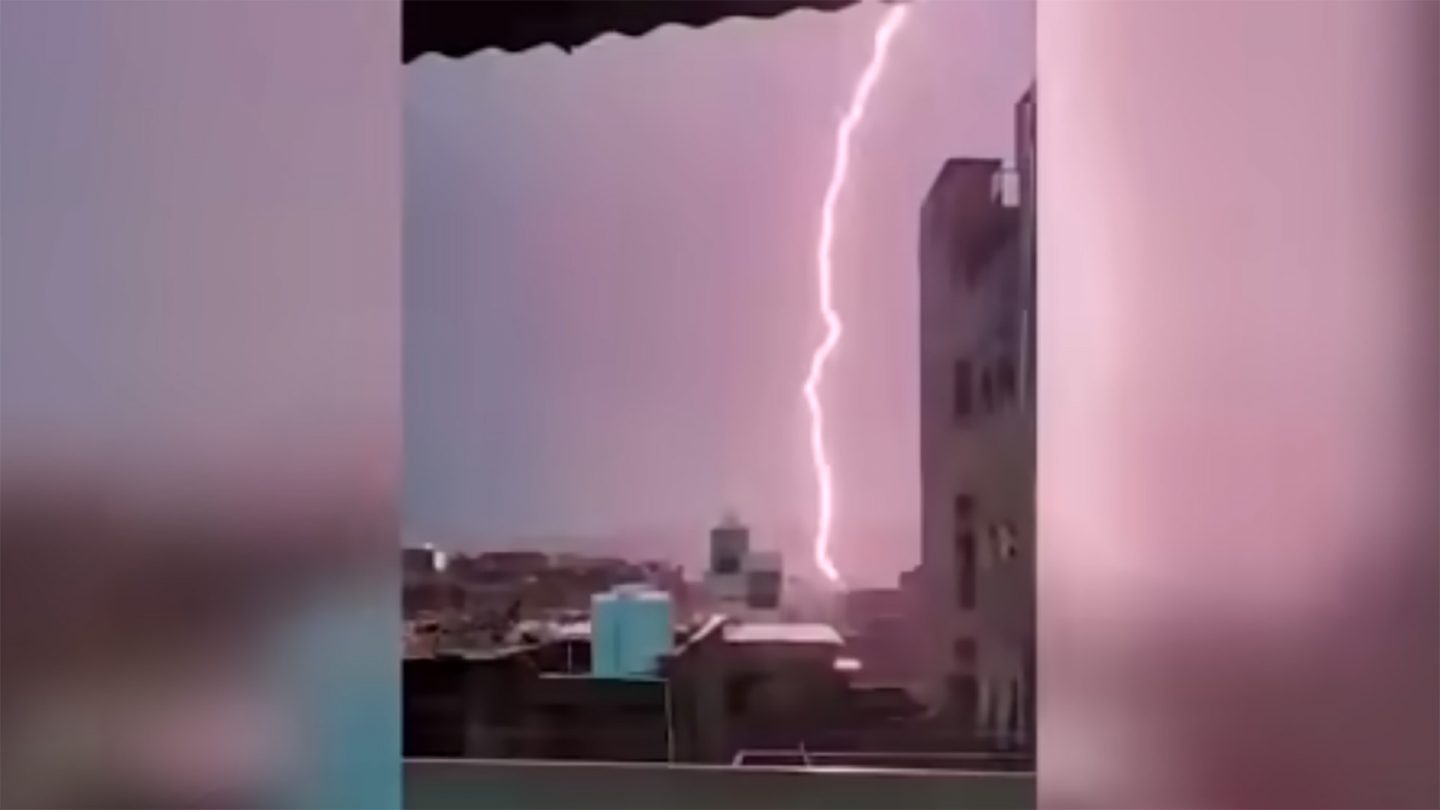 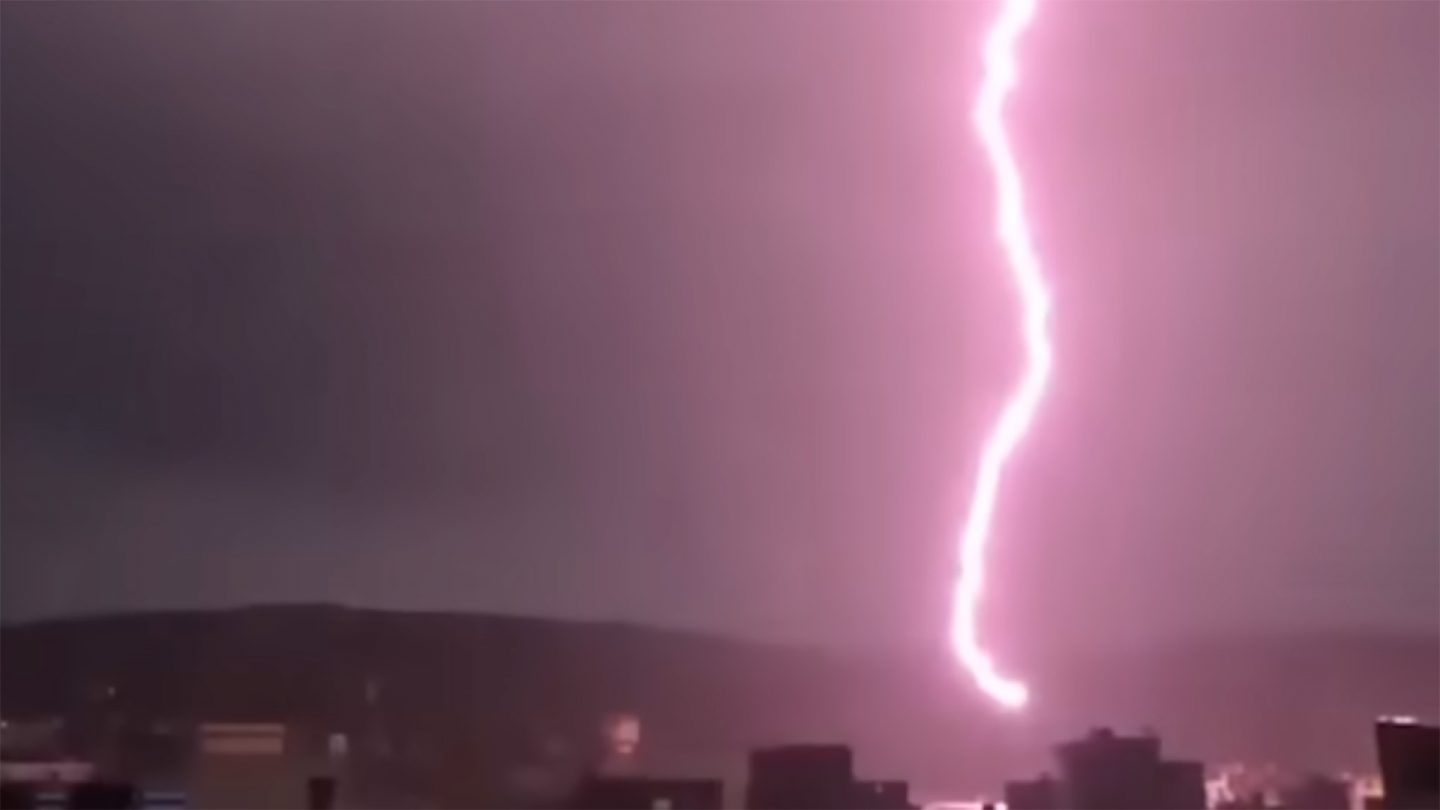 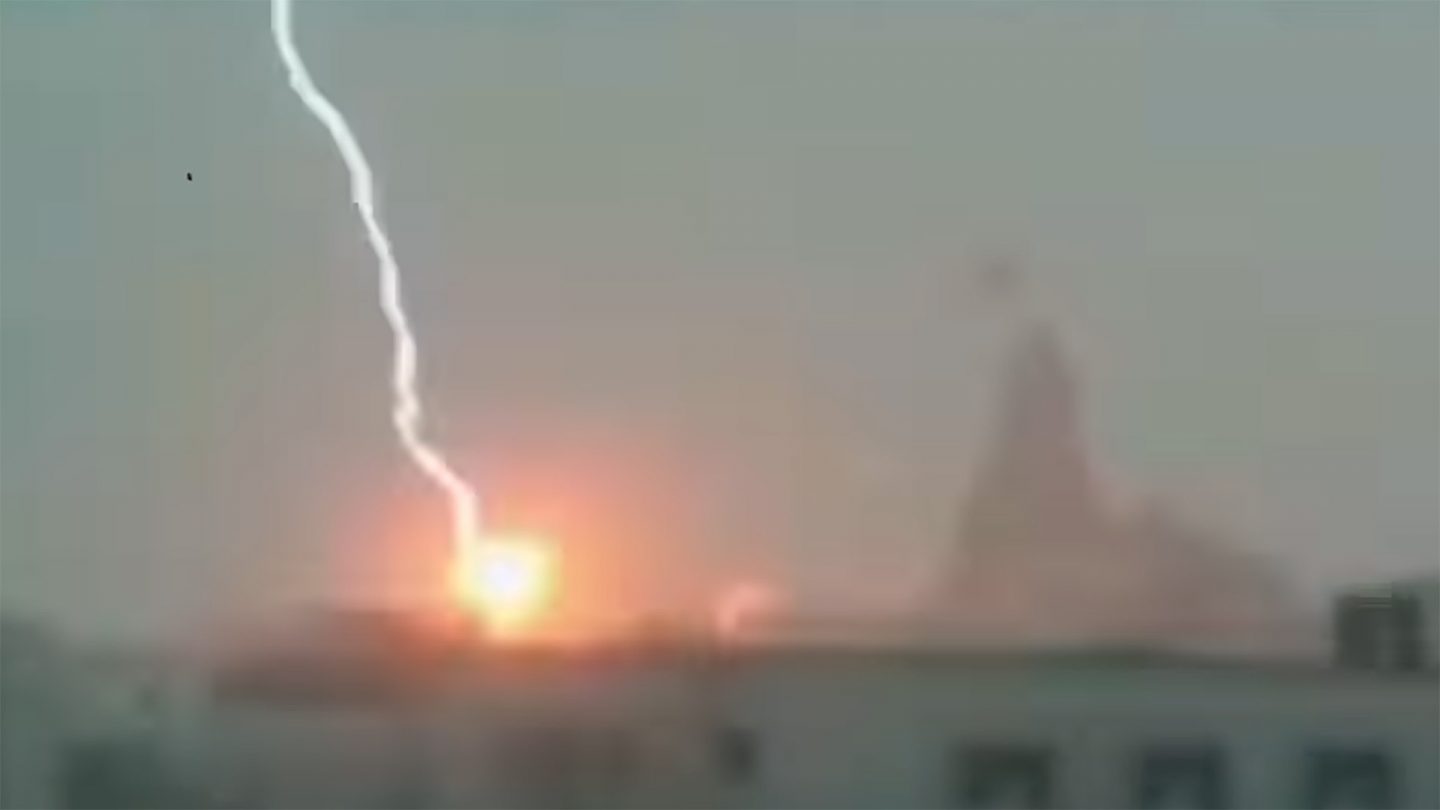 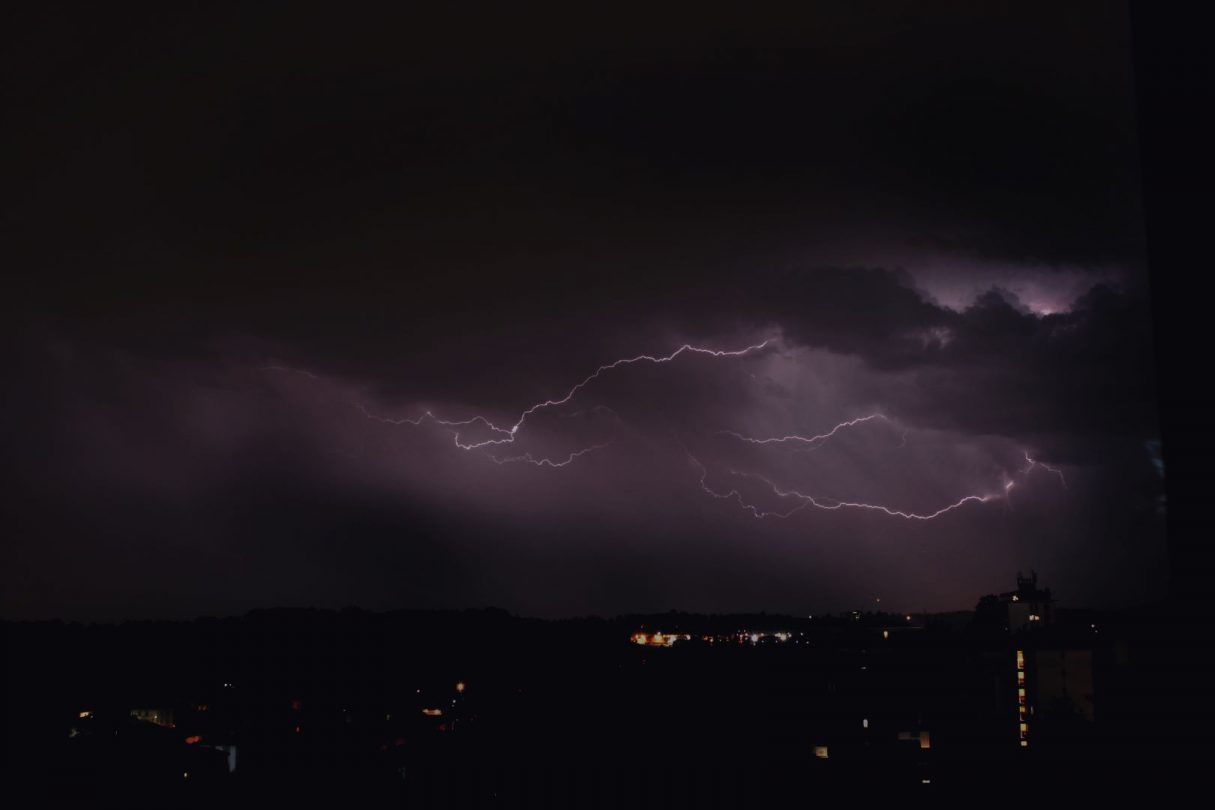 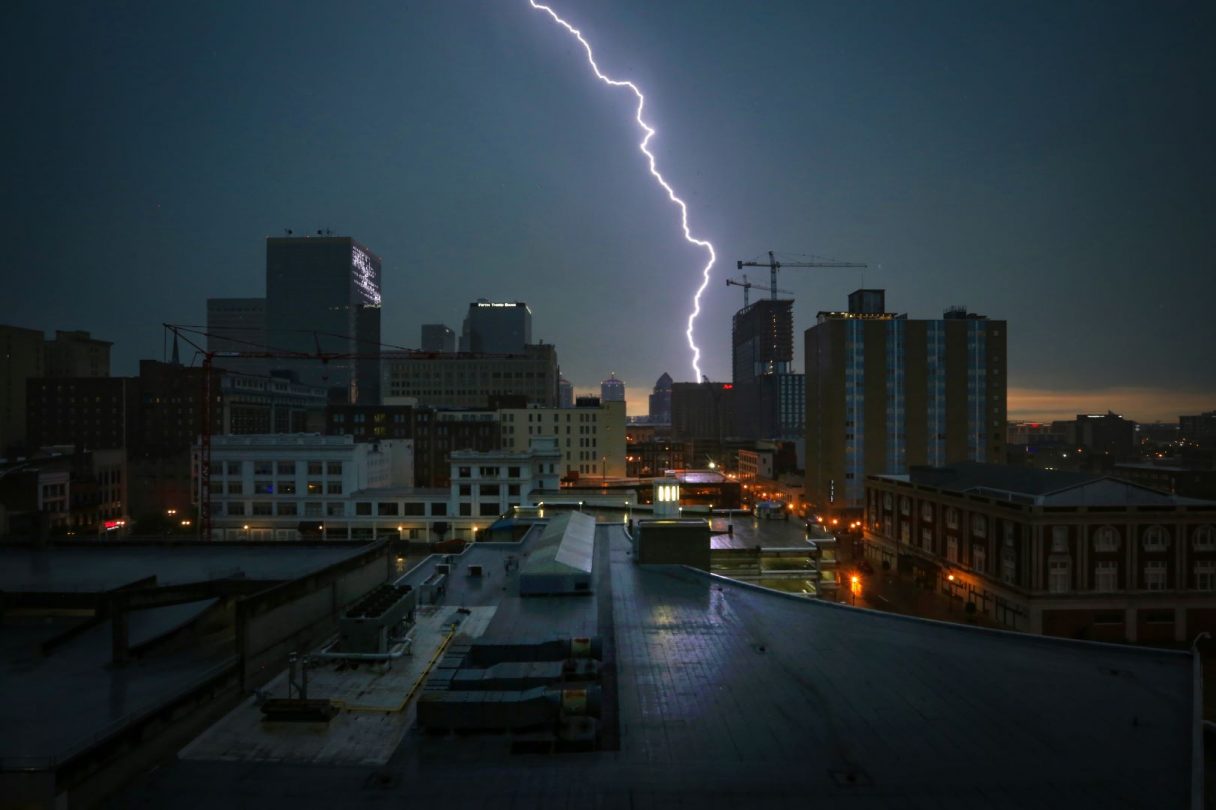