The latest installment of the iconic strategy franchise returns, but was the 16-year wait worth it? Tristan Zelden get to grips with the Microsoft-exclusive title.

Age of Empires IV’s historical background gets set up beautifully by the narrator and is accompanied by some of the most interestingly designed cutscenes ever.

It might seem like a bold claim to have, especially as I must admit, I am not a strategy game guy. I have some experience though, as I love Firaxis because of XCOM and Civilization, so when Age of Empires IV was released on Game Pass PC, I thought it would be the perfect gateway into the series beloved historical worlds. To my surprise, it is a great title in shiny armor developed by Relic Entertainment and World’s Edge, the first-party Xbox Game Studio supervising the various remasters that have come about in recent years (like the latest Age of Empires III: Definitive Edition from last year.)

A CAMPAIGN FOR HISTORY BUFFS AND NOVICES

Whether you are into history or not, the story delivered is both accessible and interesting. It gets into the nitty-gritty of different points in time with its four campaigns. You will be taken to England with the Normans, wage war between England and France in The Hundred Years War, hop over to Asia for The Mongol Empire, and take a trip to Russia for The Rise of Moscow. Each has something to offer that feels different from the different cultures that you get to experience and the stories that are told from these iconic moments in history.

Age of Empires IV’s historical background gets set up beautifully by the narrator and is accompanied by some of the most interestingly designed cutscenes I have come across. The mix of real footage of landscapes and cities to illustrations and in-game animations blends a cocktail of styles that make for striking, educational videos that also capture the storytelling.

In traditional strategy game fashion, a diverse set of buildings and units are available with unique properties. Build out your village into something bigger to grow the strength of your empire. Have villagers hunt, gather wood, and repair anything that is broken to grow and maintain a healthy society. Establish an army to defend or attack other civilizations, depending on how you want to win. Due to the story mode and tutorial when you boot up, Age of Empires IV eases the mechanics in a seamless way that is easy to grasp. 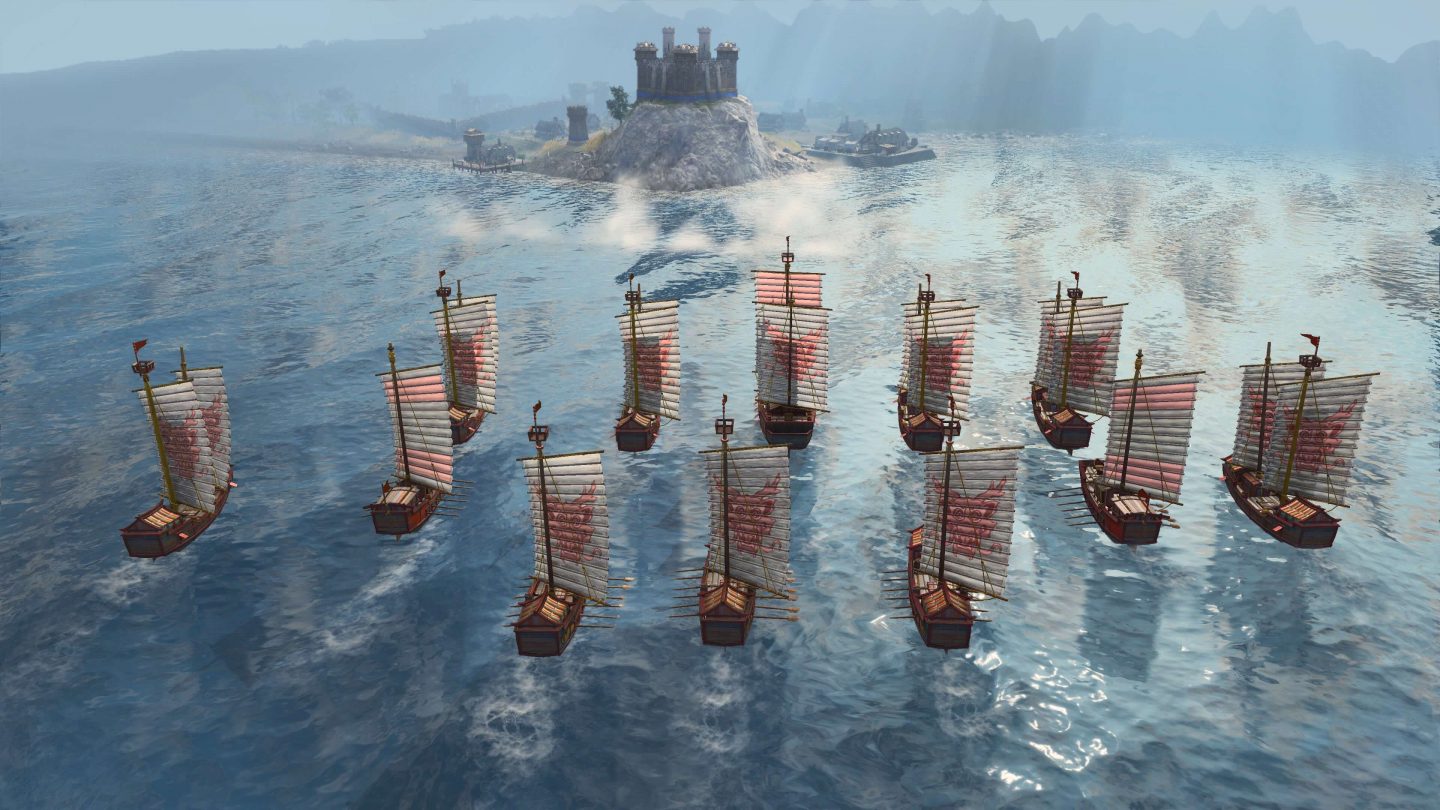 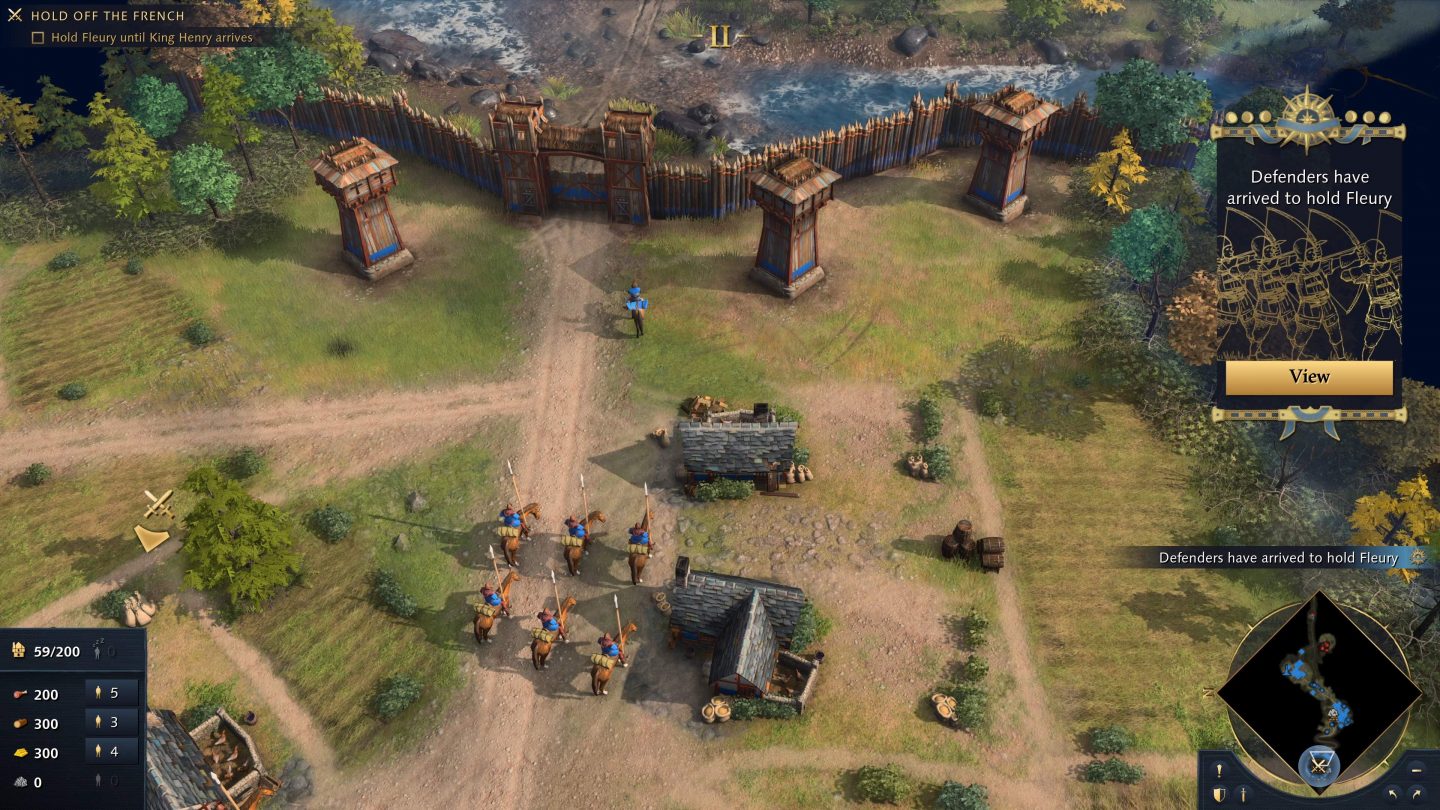 Each of the three modes, ‘Campaign’, ‘The Art of War’, and ‘Skirmish’, all have something to offer. Let us begin with what to expect from the over-arching story:

Each mission gives a series of tasks that follow the rise or fall of an empire. Some of these will carry optional objectives, but unfortunately, do not give enough busywork or make them worthwhile. The main arcs get in a more engaging territory with gratifying victories when completed.

The difficulty is at times uneven. After trying various levels on different settings, spikes come up that make some levels feel unnecessarily difficult while other times it becomes too easy. Age of Empires IV finds a tough balance for people unfamiliar with the genre, even on the easiest setting.

The other problem with the story comes from its pacing. Age of Empires IV never finds a good stride between gameplay and storytelling, despite its engaging, seamless cut-scenes. Sometimes the hame feels way too slow and drawn out, making missions take much longer than needed.

‘Skirmish’ is the meat the developers have crafted. The mode delivers custom battles where you can duke it out with the AI and mess with settings like the map and the number of resources to start with. You can decide if you want to team up with AI companions or set it up as a free for all war; the choices are plentiful for any type of experience you could possibly want. One of the highlights of ‘Skirmish’ is selecting your civilization. From all eight, you get to experience something new, similar to what you get from playing through the story but with a little more substance. From Russia to China, bonuses and unique units or buildings make the different countries feel unique from both an aesthetic and gameplay point of view. It makes it so that choosing a country matters while adding replay value as you change up how you want to play each new round.

This is the place to spend your time after getting the hang of the mechanics if you are new or if you are a veteran of Age of Empires, then maybe once you dust off and get back in the swing of things, either way, it is worth playing only for the ‘Skirmish’ mode.

‘The Art of War’ is the third mode which is quite different. A series of developed challenges will demand a series of preset tasks to be completed on time. It is all about beating that time to earn a bronze, silver, or gold medal. By striking a balance of challenge with the timer constantly clicking away, it makes for an enticing mode to keep coming back to for a better time or shinier medal.

A MIX OF BEAUTY, EPIC SCALE, AND MISSED POTENTIAL

Visually, Age of Empires IV does not knock it out of the park, but it gets the job done. It is not impressive, but the amount of detail and its vibrant colors make it enjoyable to look at while pillaging and raising a mighty civilization. The landscapes with different colored leaves on trees and different colors to identify which unit is from which empire makes the game glow, especially on a Windows machine that has the horsepower to crank up the graphic settings to maximum.

What makes the game so striking does not come from its graphical fidelity but from its carefully created animations.

A distraction I found was when uncovering large areas of the map; the edge becomes blown out. The white light is blinding and unappealing. When I got immersed in what I was doing, I could ignore it, but during slower moments, it could be hard to ignore.

What makes the game so striking does not come from its graphical fidelity but its carefully created animations. Each unit has a handful of animations while they do a task, whether that is a villager doing different chores, or warriors fighting. Those details makeAge of Empires IV come to life while you get to sit on the throne to control your people. Some of the more rewarding moments come from building or destroying structures like wooden homes burning to the ground, or tearing down towering stone walls.

The sound team deserves all of the praise in the world. Audio cues are nicely sprinkled throughout the game to make every action satisfying. Creating a combative unit will trigger some clanking of wood and steel like someone was picking up a spear or the sound that gets unleashed as buildings crumble.

While sound effects impressed, the music did not. A nicely composed orchestra sets the tone for sure (the music is not bad per se) but it feels a few steps behind. In moments that should feel epic, there is rarely a crescendo to accompany certain game events. Overall, the music in Age of Empires IV is not large enough to match the grand scale of history its battles and victorious scenarios are based on.

Age of Empires IV may not be the best strategy game ever, but for a newcomer, it is a welcoming and fun experience. Only experienced players could truly compare it to its predecessors, but for anyone else, it would be a nice entry point due to its addicting gameplay and impressive animations. Even better if you are a Game Pass subscriber as you will have nothing to lose by downloading it to give it a shot. 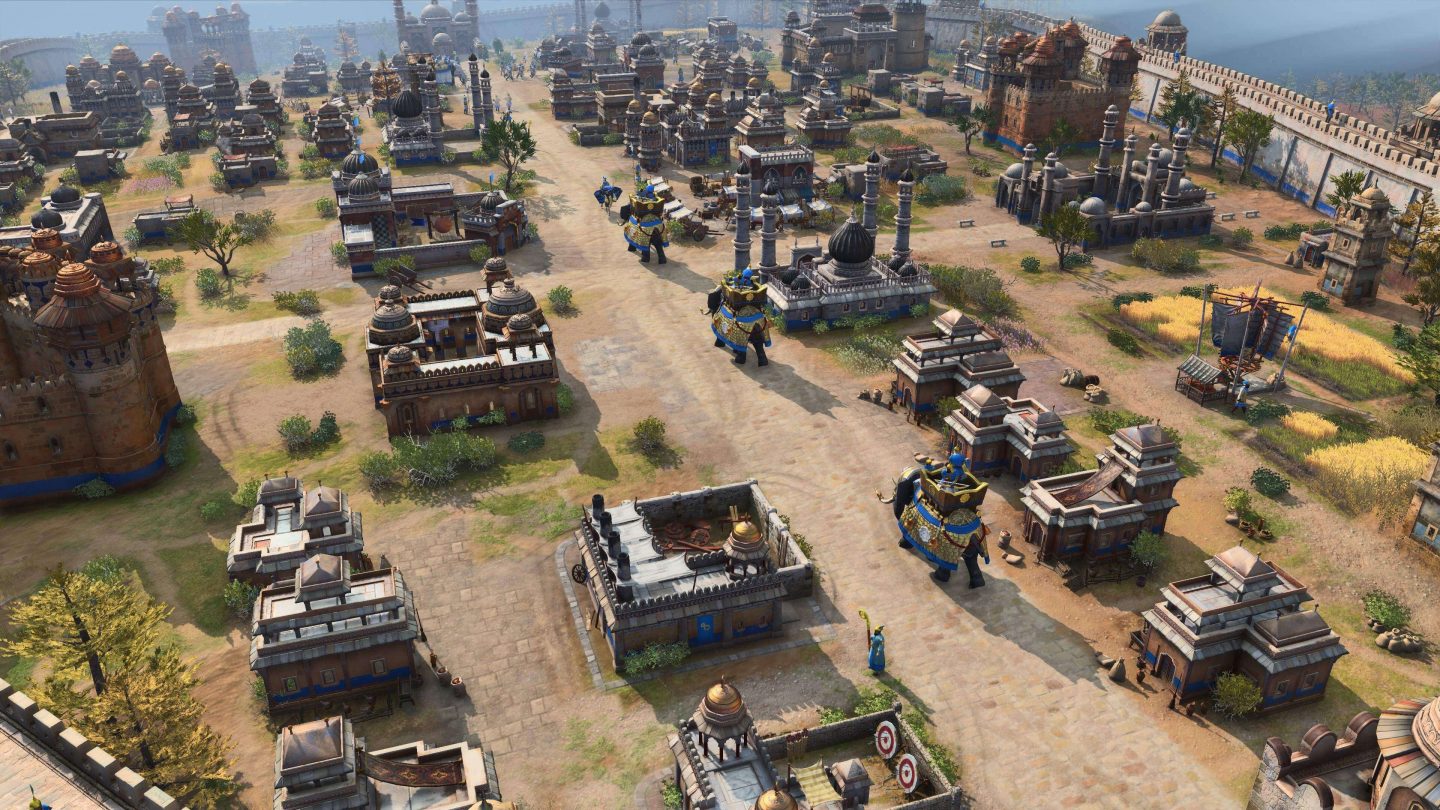 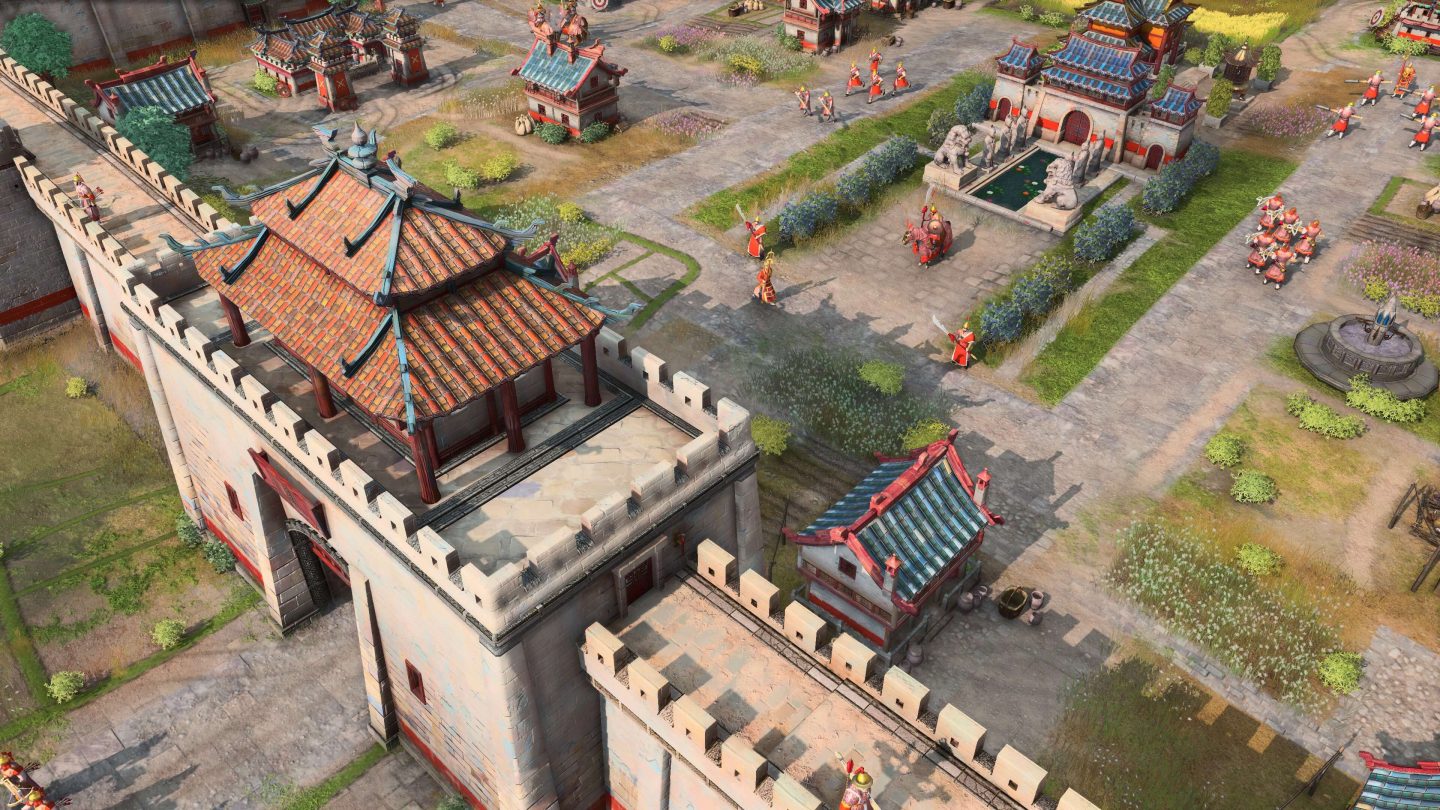 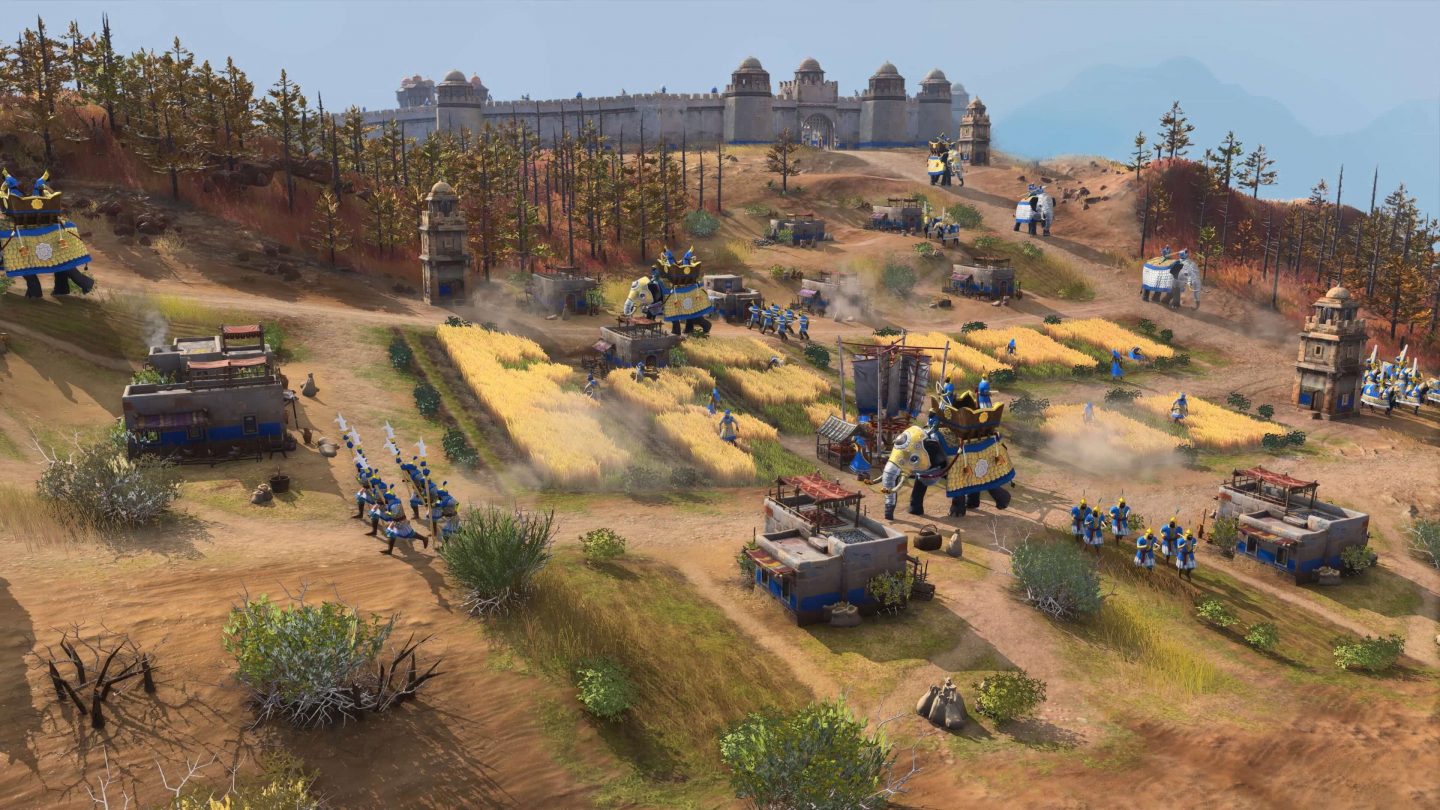 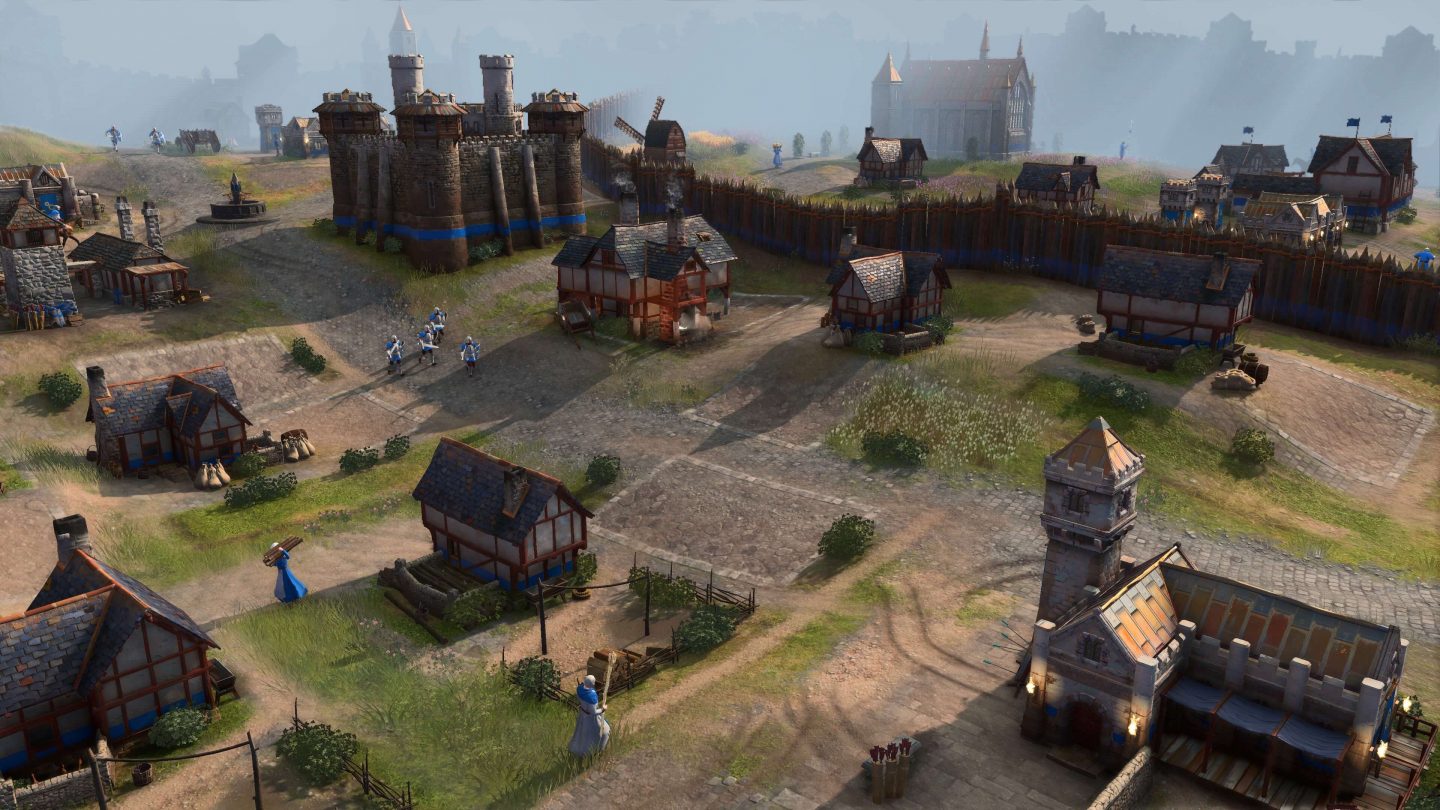 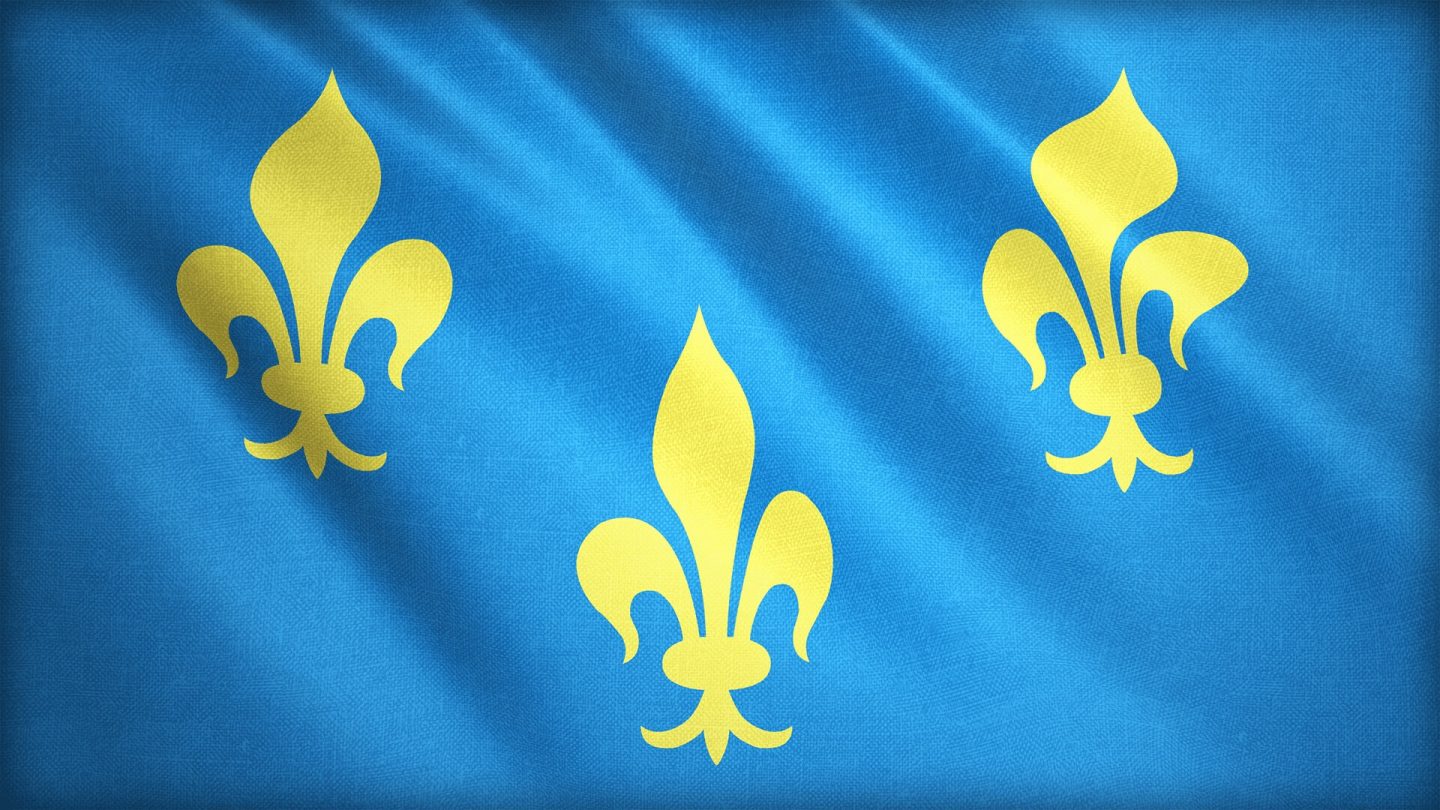 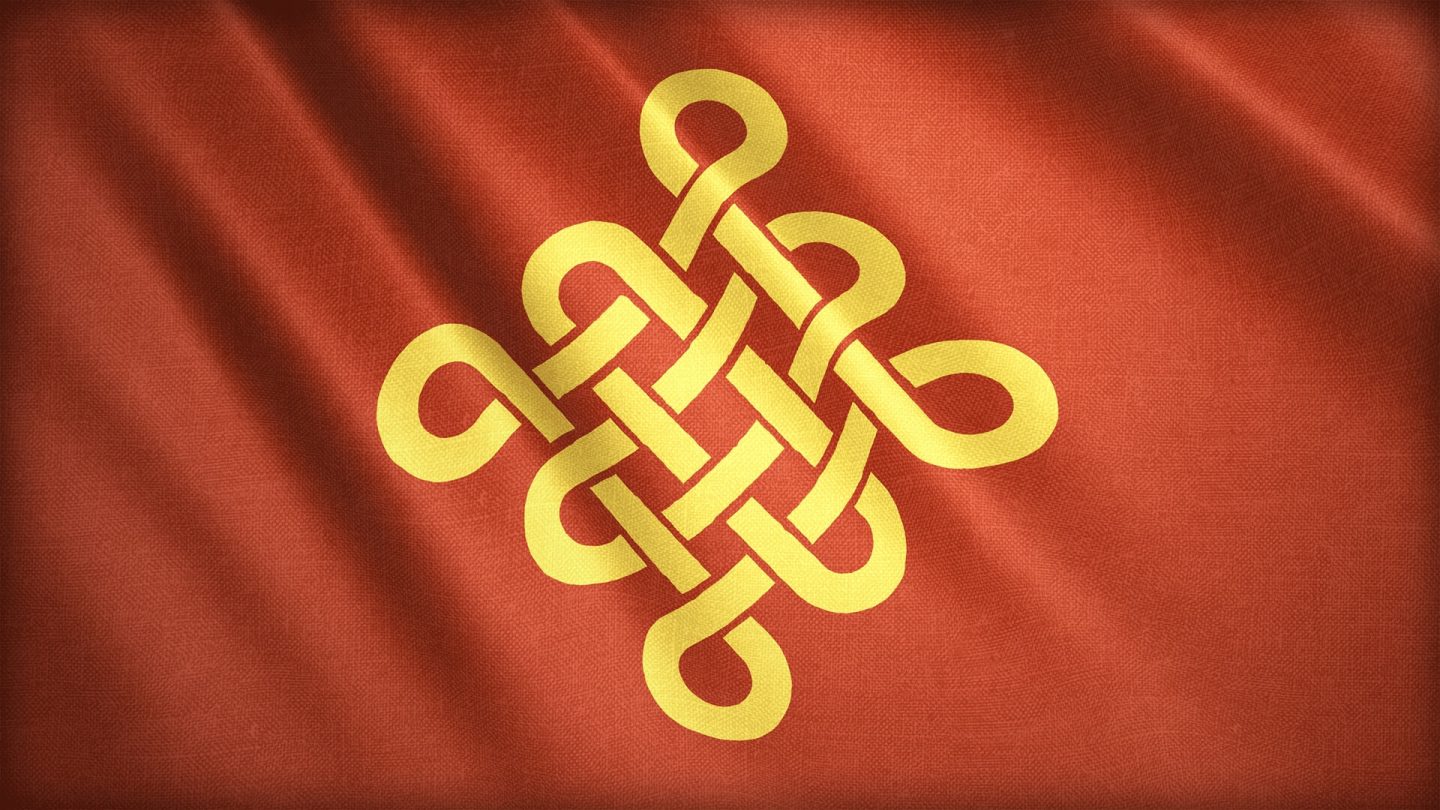 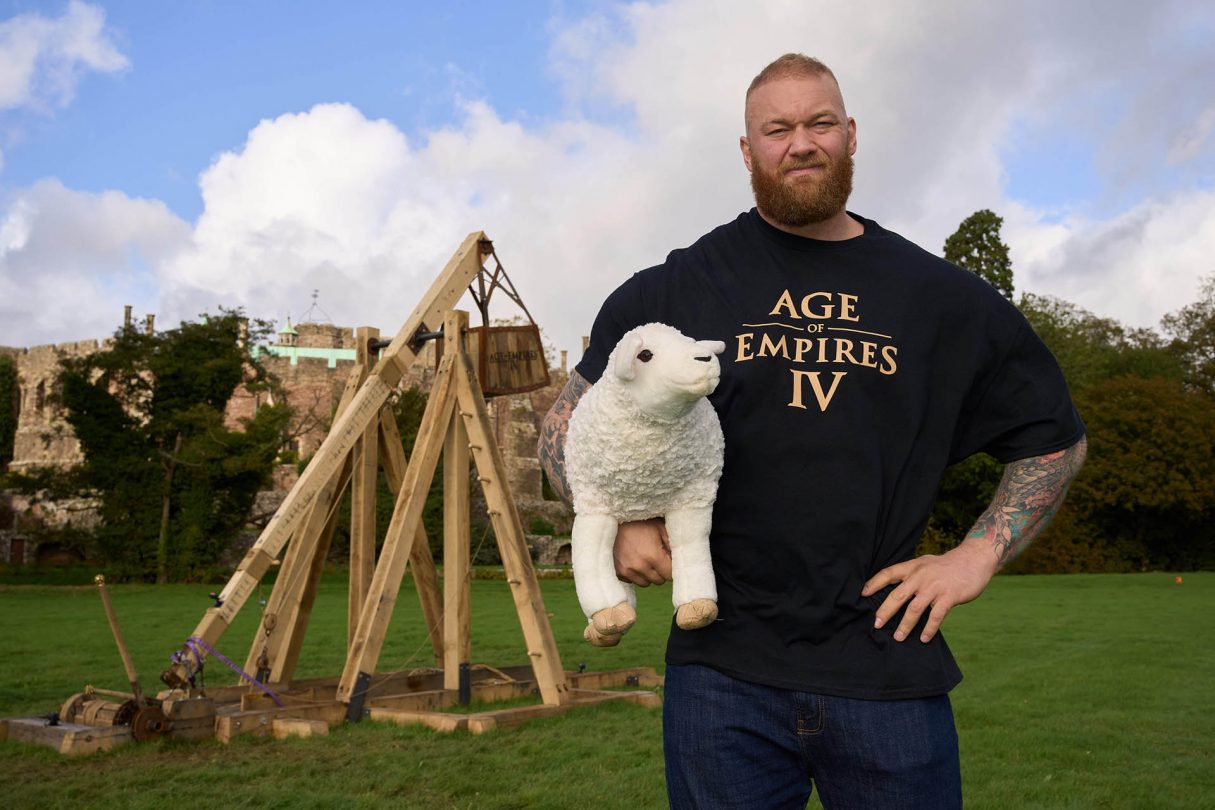 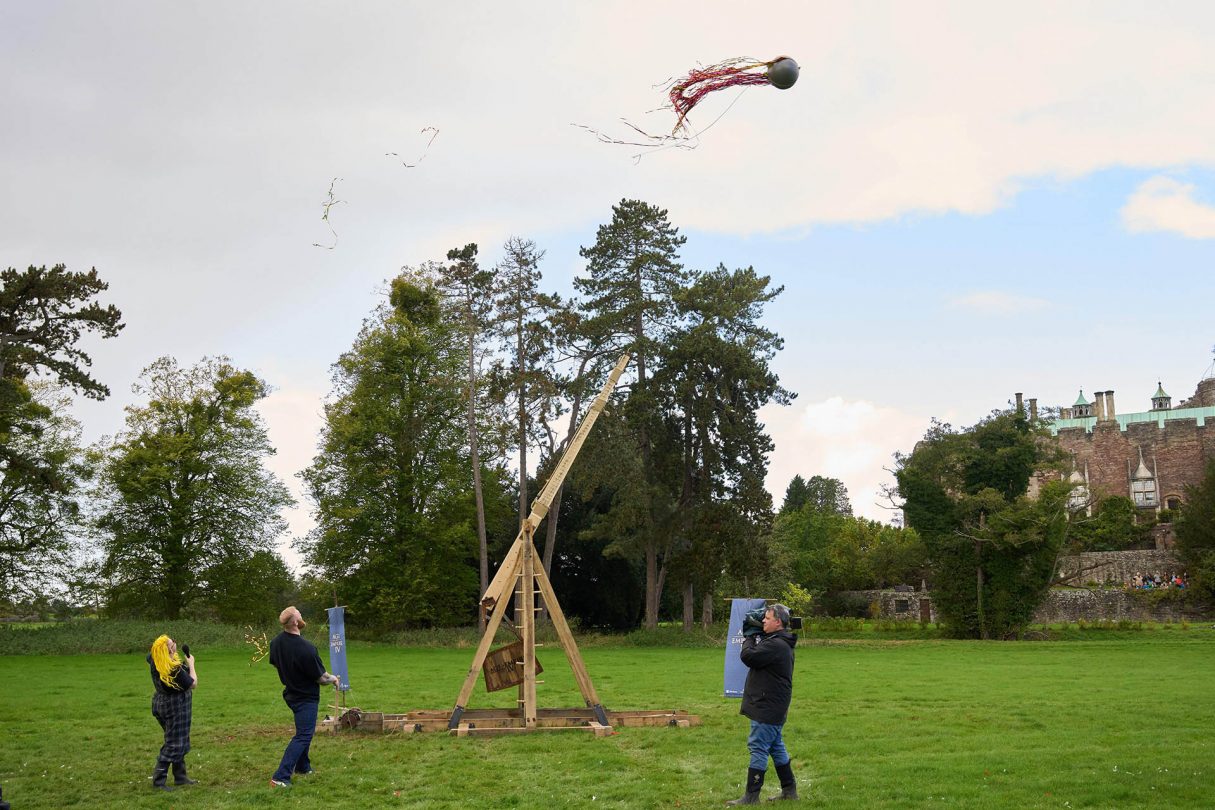 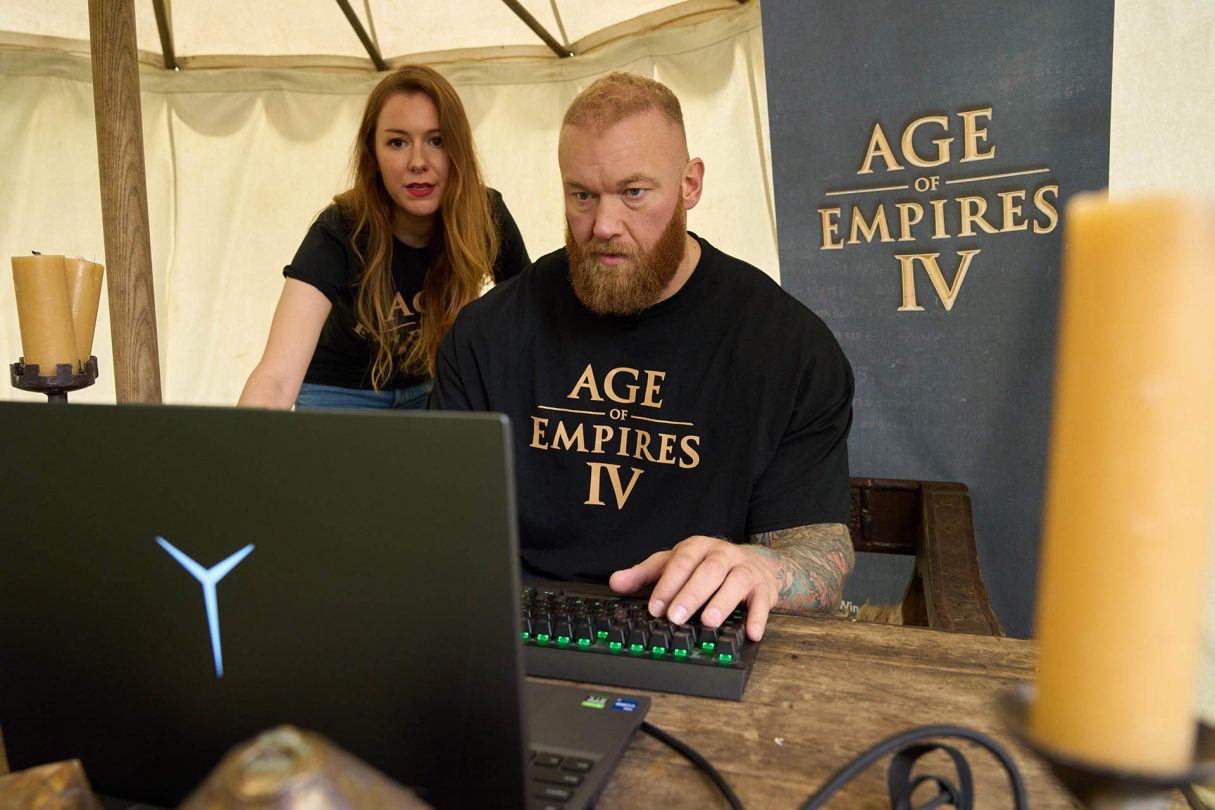 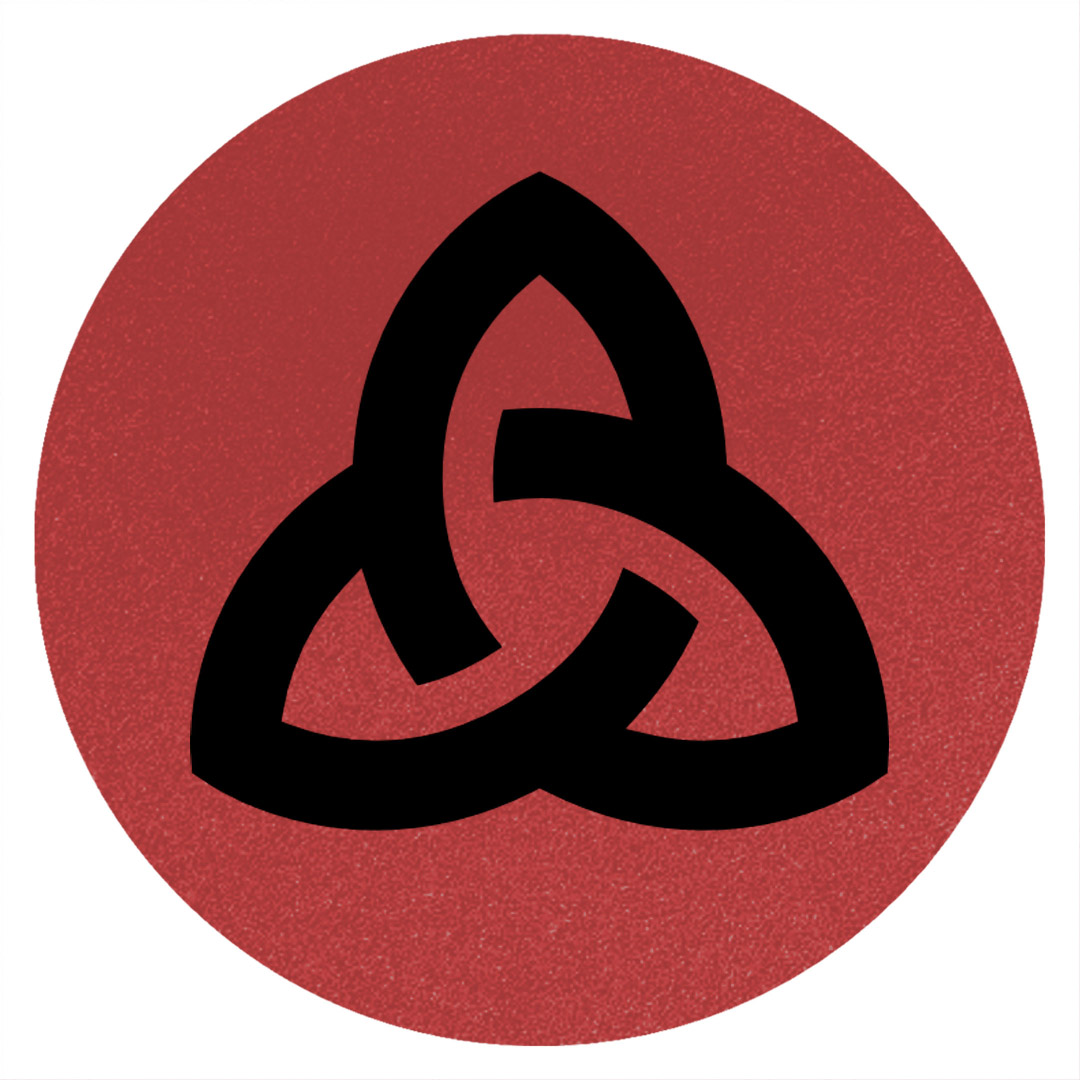 Tristan is a passionate writer and gamer. He loves all kinds of games from slaying demons in Doom to scoring goals in Rocket League. Other interests include tattoos, books, movies, and corgis.