As games tend to get larger and longer, ‘Shadow Warrior 3’ is a breath of fresh air going in the opposite direction, being a gory FPS inspired by the era of Duke Nukem.

March 5, 2022 — Confession time, Adrian Burrows had never played a game in the Shadow Warrior series, so he approached the latest, third entry with a sense of trepidation. Would he understand what was going on? The simple truth is no, he had not the foggiest. But, with a game as big and bonkers as Shadow Warrior 3, it did not matter. Get ready to trap yourself in, turn your brain off, and have a blast as Burrows shares his experience. 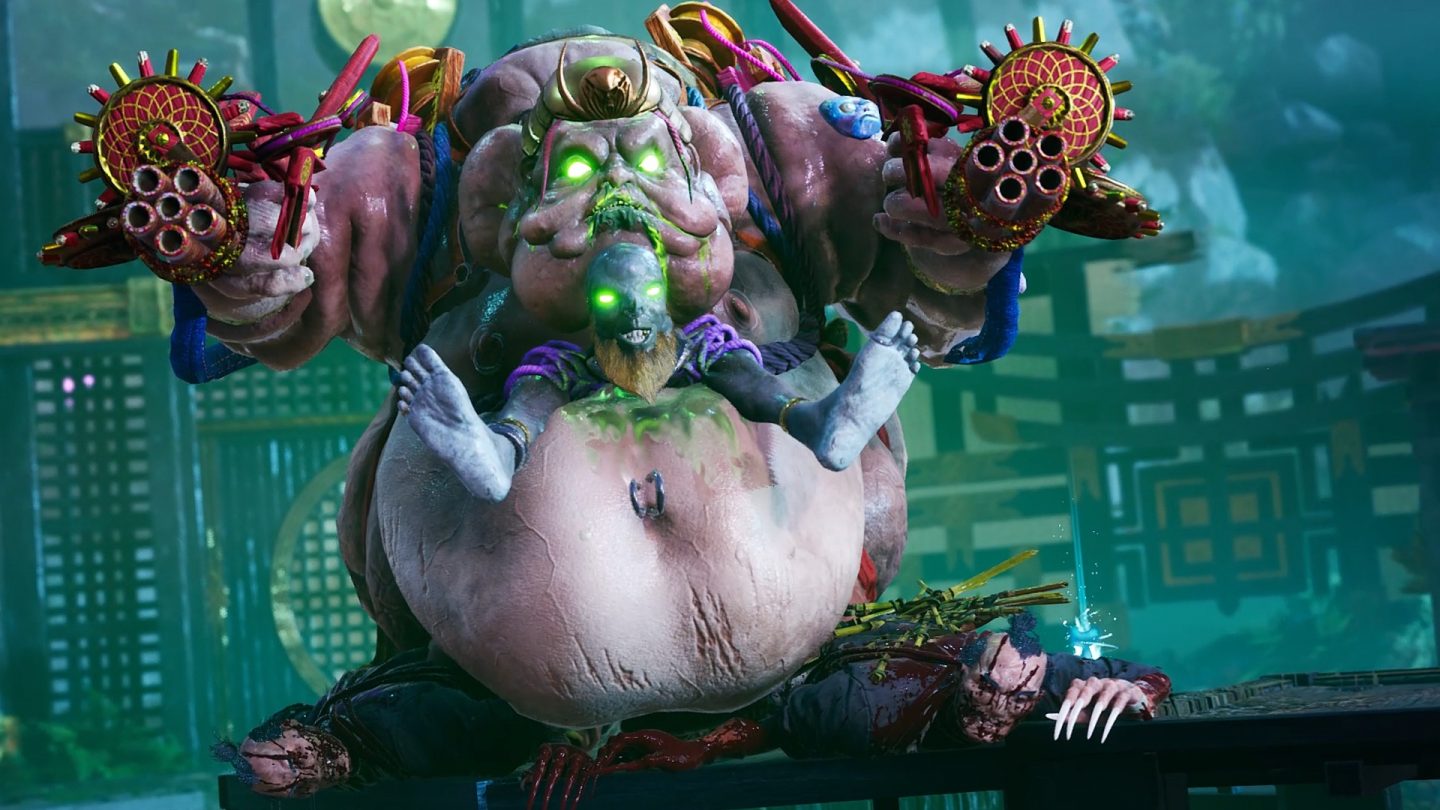 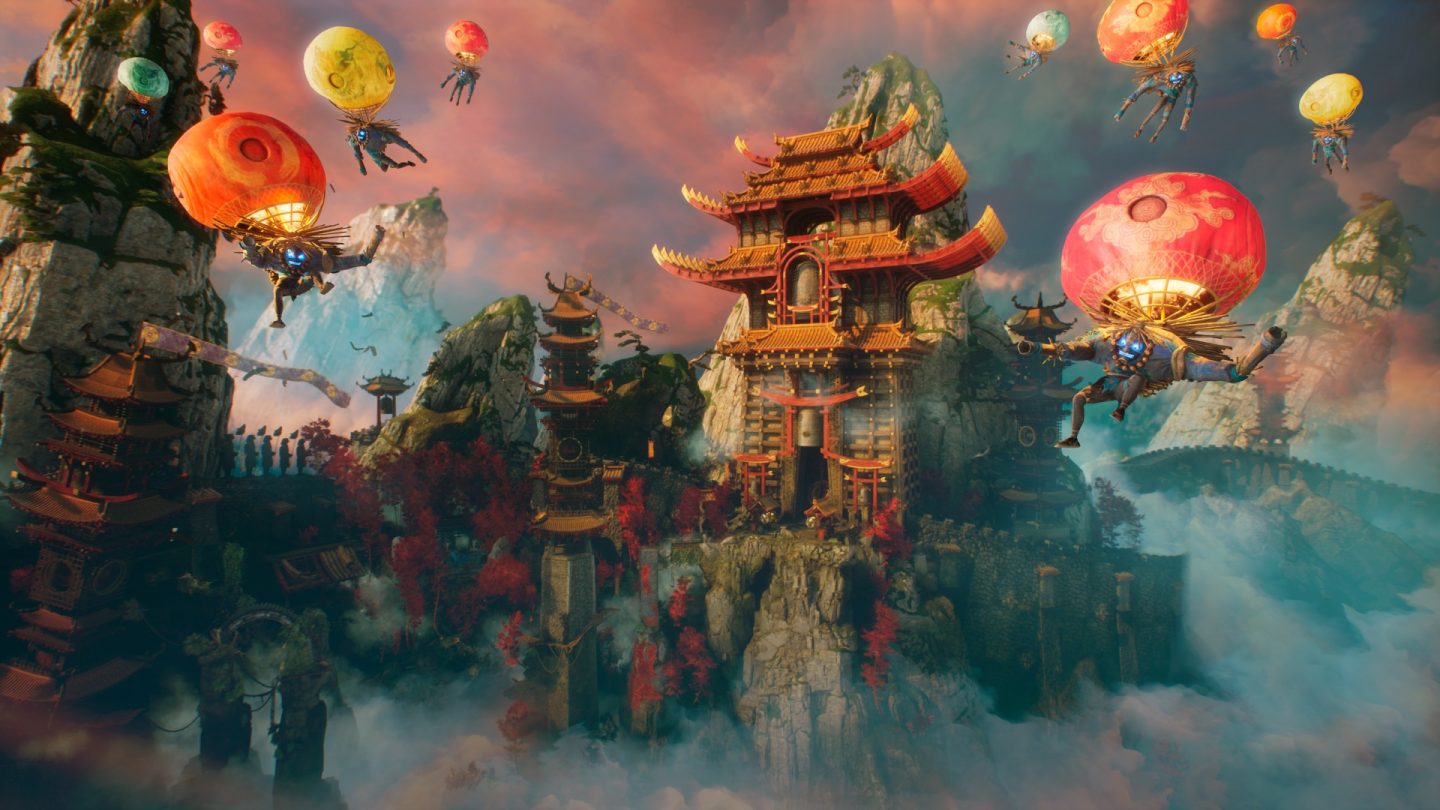 Shadow Warrior 3 is ostensibly a late 90s first-person shooter, ripped straight from the past and given the 2022 technological treatment. They quite simply do not make games like this anymore. Which makes Shadow Warrior 3, despite its derivative nature, oddly refreshing. This is a strictly linear FPS that does not have an original idea present.

“Polish developer Flying Wild Hog has been making quite a name for themselves in recent years through their marvelous job of taking Japanese folklore and adapting it to suit their neo-infused (and highly irrelevant take) on feudal Japan.”

Indeed, Shadow Warrior 3 is best described as a fragrant potpourri of the best bits from other games. The arena-based combat is uncannily reminiscent of Doom 2016, whilst the free-running platforming sections that link proceedings together conjure fond memories of the Metroid Prime series. Finally, and perhaps less welcomingly, there is the “comedy”. Which, quite frankly, would make a fifteen-year-old feel embarrassed. It is as if the lowbrow humor of Duke Nukem 3D was still the highpoint of comedy in games — it is not, thankfully. Still, if you find jokes funny that constantly riff on the protagonist’s name Lo Wang — with emphasis on the wang — then there is a lot to like here. If not, do not worry, ignore the pun-filled cut scenes and enjoy the bombastically thrilling combat instead. 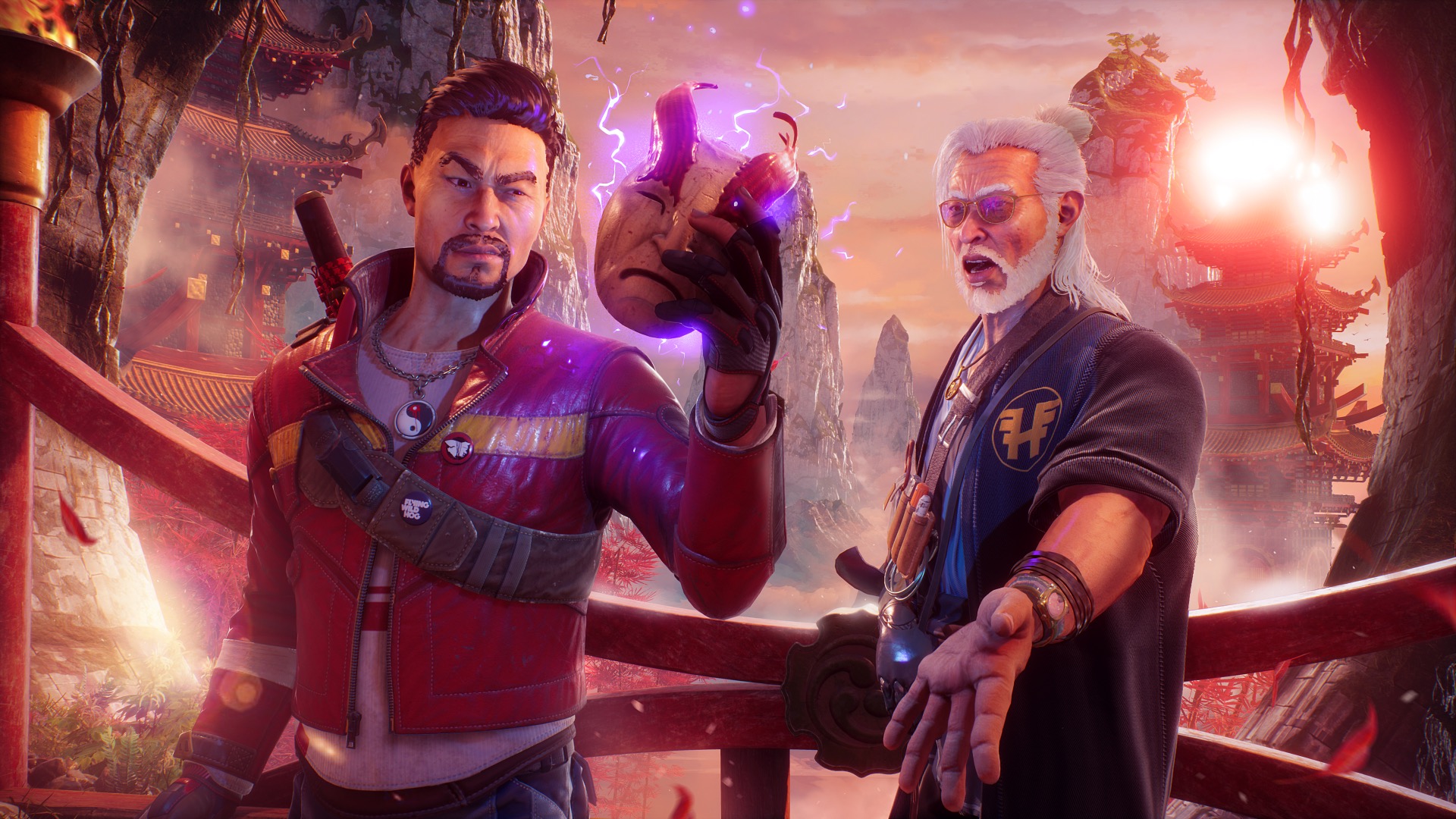 Game protagonist Lu Wang getting ready for some action.

Each level consists of a series of arenas in which protagonist Lo Wang must kill every demonic yokai that gets in his way. The enemy design is a mind-bending joy, each yokai you meet appearing weirder and more kaleidoscopic than the one you murdered before. Polish developer Flying Wild Hog, who has been making quite a name for themselves in recent years, has done a marvelous job of taking Japanese folklore and adapting it to suit their neo-infused (and highly irrelevant take) on feudal Japan. Take the Slinky Jakku by way of example, a creature part demon part, erm, slinky, the Slinky Jakku will concertina its way around the environment, launching spinning buzz saws with wanton abandon.

Taking down the Slinky Jakku and other demons is pure joy. Despite only a paltry seven weapons being on offer, each is significantly unique to ensure the player never feels short-changed. Lo Wang zips around the arena, effortlessly switching between his grenade launchers, pistols, shotguns, and — of course — samurai sword. The FPS action soon becomes a blur of violent cathartic glee, with the tight and responsive inputs ensuring players never lose the feeling of control. That is despite Flying Wild Hog taking sadistic delight in cranking up the difficulty, releasing ever more enemy patterns into the mix. Still, thanks to a neat mechanic pinched straight from Doom, that enables Lo Wang to release health and ammo drops from specific types of kills, players will find that each arena is doable, even if there is plenty of dying along the way.

“In ‘Shadow Warrior 3’ the platforming is expertly crafted and its jump-and-run mechanics is not only precise but also tight and superbly crafted.”

The one gripe with the combat is the poorly implemented ”ultimate attacks”. These are chargeable moves that release gory “insta-kill” attacks on any foe hapless enough to get in Wang’s way. Lo Wang will smush skulls with his bare hands, rip off limbs and, on occasion, hack his way into an enemy. Doing this will reward the player with a limited use weapon, say the drill from the head of a Mogura, which can be turned against the yokai. All is good so far. The issue is that activating the ultimate attacks is messy, as sometimes the button prompt does not appear, and on other occasions, the attack move fails to activate in a timely manner. As the ultimate attacks provide a full health boost, it is instrumental to players’ survival, and the mechanic’s sloppy implementation can therefore prove quite frustrating.

The other element of the game to consider is the free-running platforming sections. First-person jump and run can be an utter horror show to gamers’ eyeballs, as the FPS viewpoint makes it challenging to orient oneself. However, in Shadow Warrior 3 the platforming is expertly crafted, and unlike in other titles, where similar mechanics more often than not offer the kind of experience that damages faith in playing video games, on the whole, the platforming in Shadow Warrior 3 is precise, tight, and superb. Dynamic, fluid, and responsive; leaping, grappling and wall-running across the gorgeous landscapes is a superlative experience.

Do not worry if you have never played a game in the Shadow Warrior series before, as that will not stop you from picking up this latest entry. Shadow Warrior 3 offers a rip-roaringly fluid combat experience and some of the most enjoyable platforming seen in an FPS since Metroid Prime. As such, the game is more than worthy of anyone’s playtime so buckle up and get ready to accept the avalanche of Wang puns and get ready for an action-packed thrill-ride

Shadow Warrior 3 is a first-person shooter developed by Warszawa-based Flying Wild Hog and published by Devolver Digital. The title is the third in the series and was released for Microsoft Windows, PlayStation 4, and Xbox One on March 1, 2022. 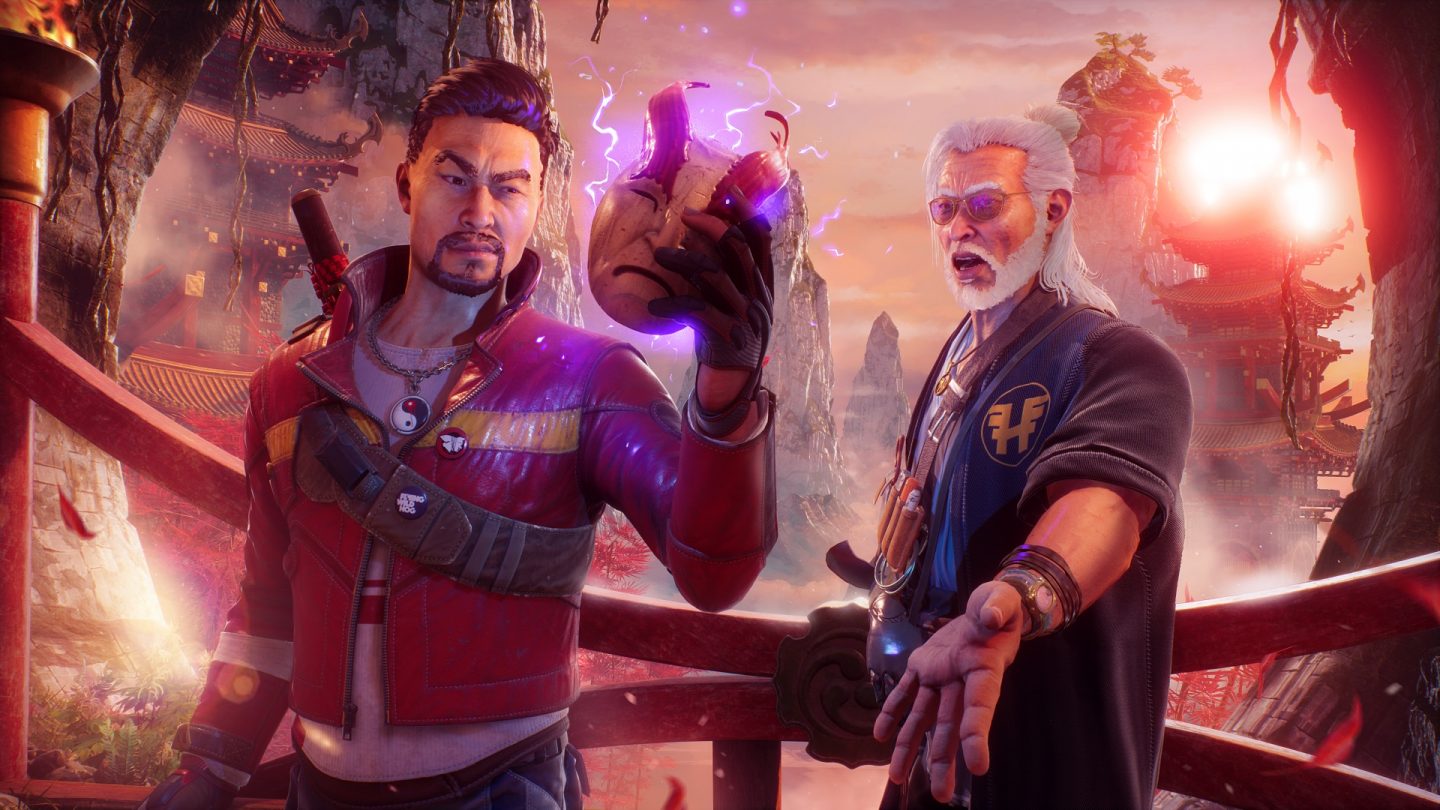 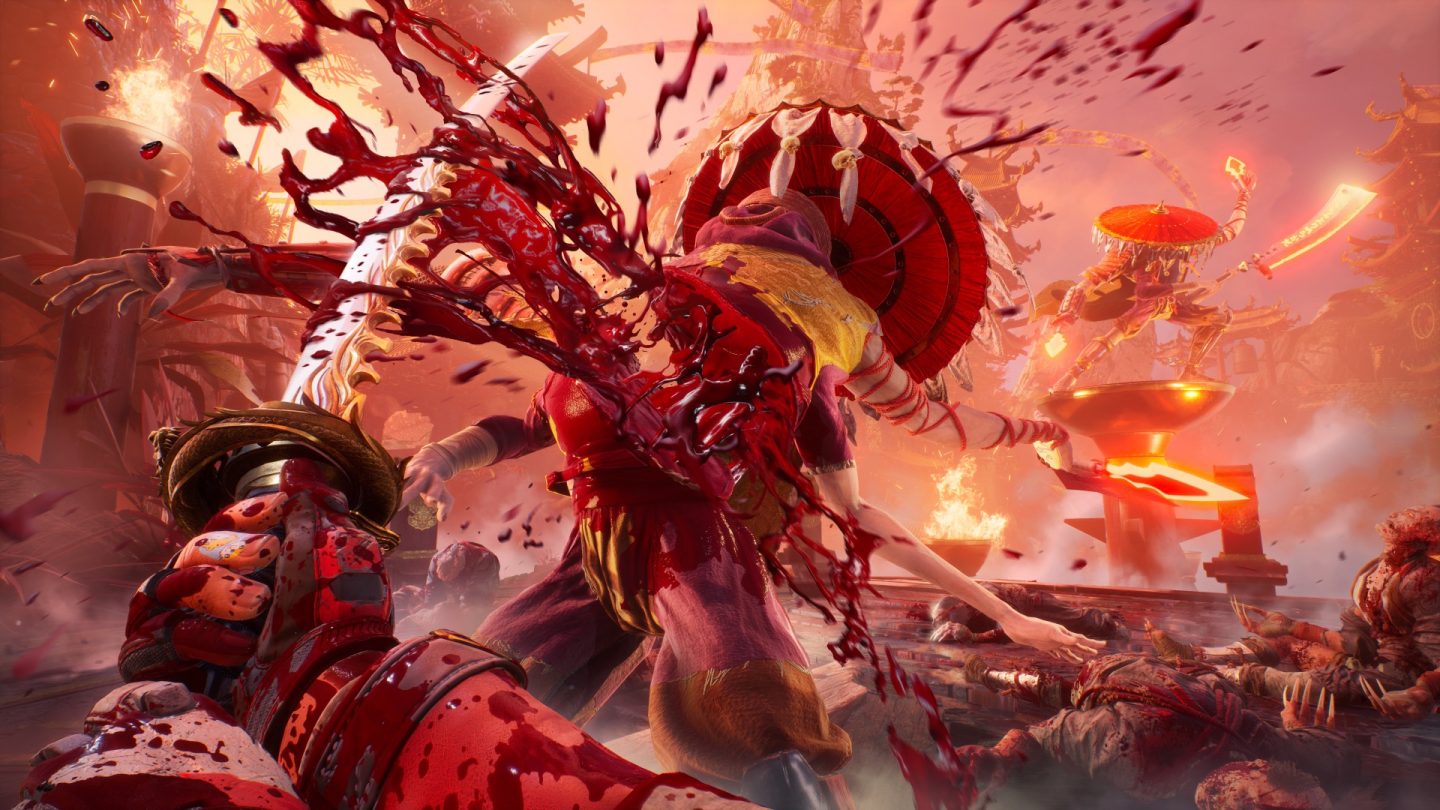 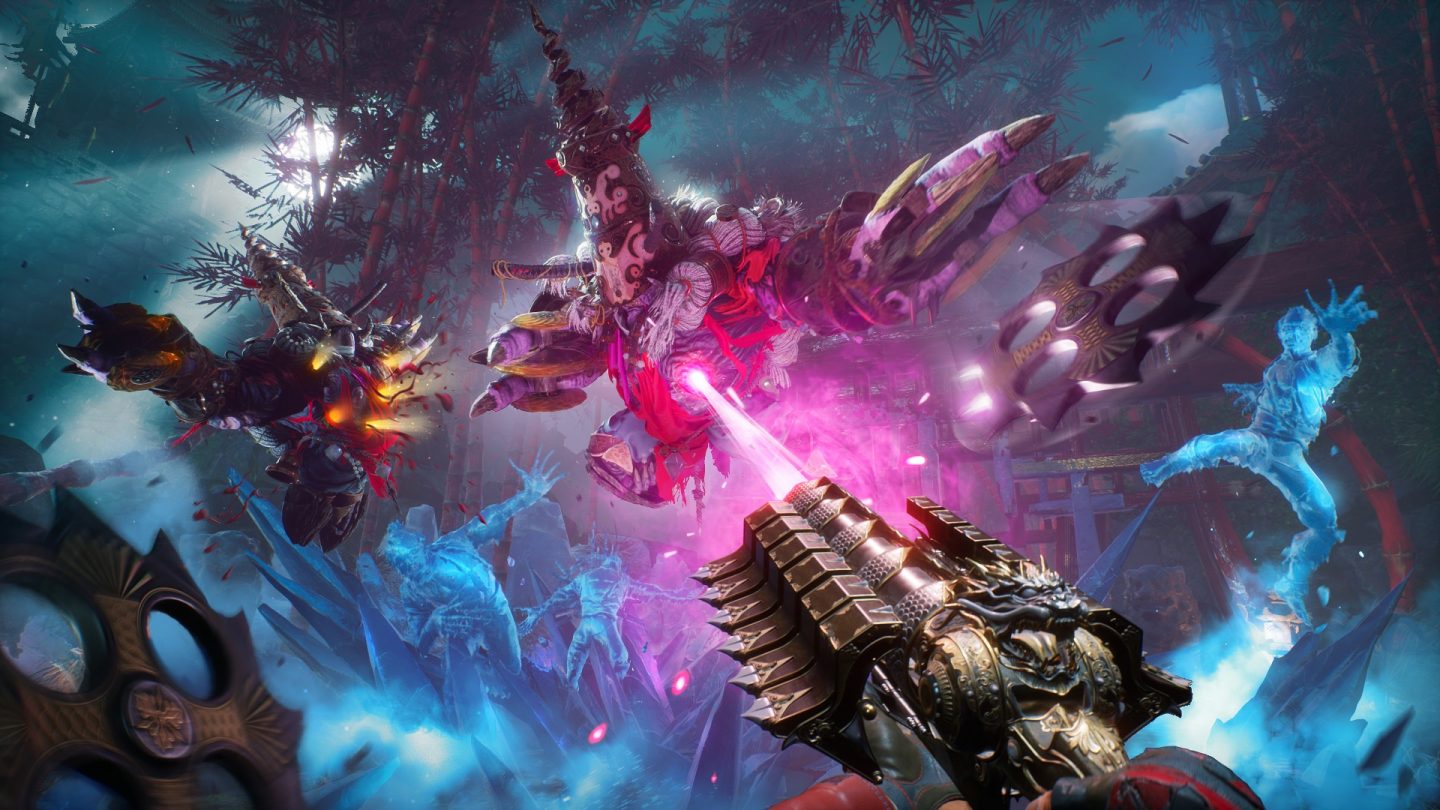 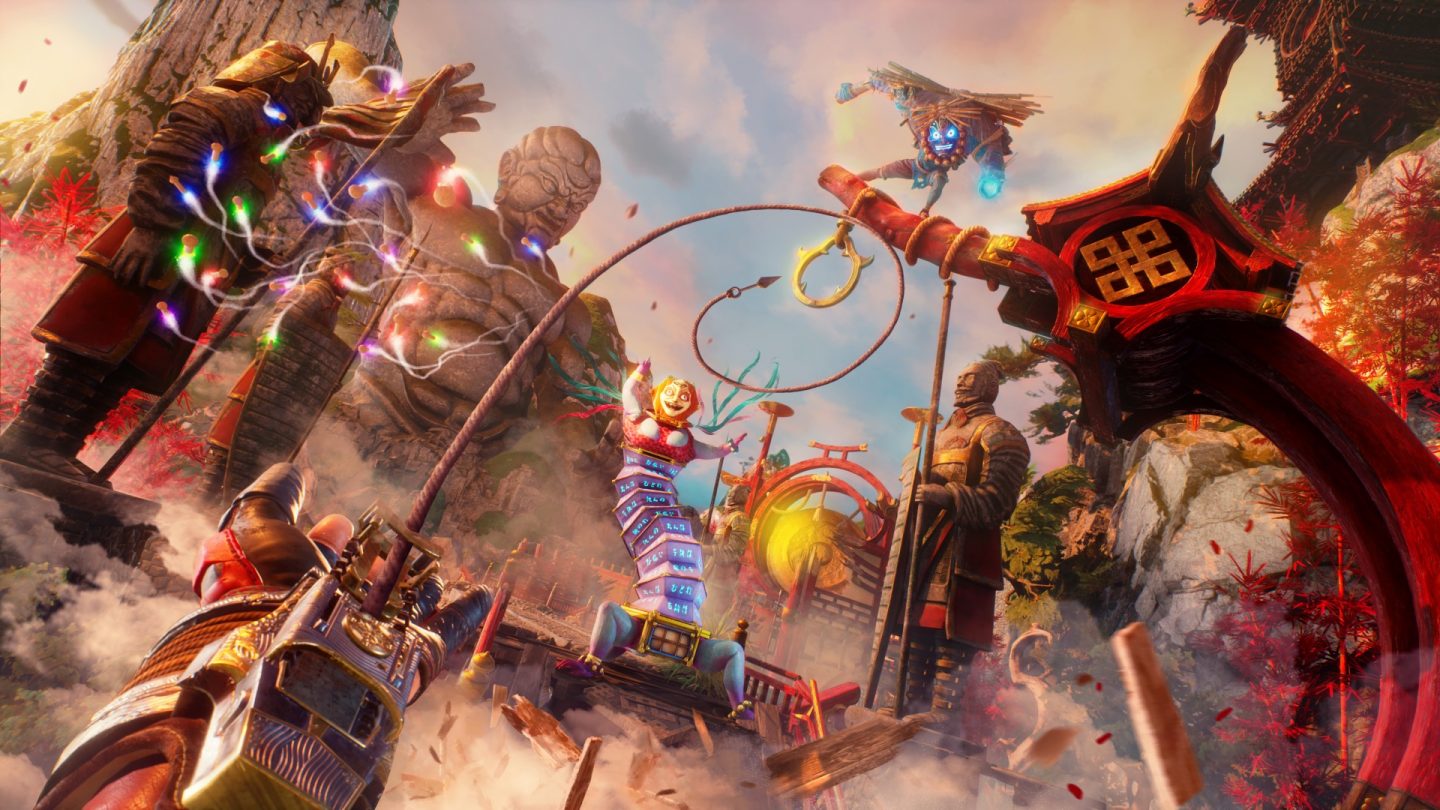