‘The World Before’ intertwines two timelines; that of Daha Roze, a pianist in the fictional country of Osthethal in the 1930s, with protagonist Kate Walker in the 2000s.

“The game’s story is a clear demonstration of how engaging the environment developers Microids Studios and their Paris studio have crafted really is.”

The final Syberia installment is a point-and-click adventure game that is as old school as they come, with a self-inherited, clear lineage dating back to masterpieces like the 1989 classic Indiana Jones and the Last Crusade: The Graphic Adventure.

Having one foot firmly entrenched in the past does not necessarily have to be a bad thing, which is the case when it comes to The World Before. In many ways, the game is a modern reimagining of an aging formula that the newest Syberia manages to pull off remarkably well.

As Previously Seen On…

First off, a word of cautiousness. Having in mind the first game in the series came out in Marc 1999, if you have not played a Syberia game before, it is probably best you do not begin this The World Before. While this latest game in the series provides newcomers with a catch-up ‘previously on’ as often seen in Netflix shows, the overall story arch is, quite frankly, utterly incomprehensible to anyone not well versed in its lore and world-building.

To get the most out of Syberia: The World Before and to understand the fully wretched and poignant payoff of protagonist Kate Walker’s final journey, it is worth revisiting the previous games in the series (yes, I am afraid that means even having to play the poorly received third entry.)

On a different note, the creative mastermind who created the fantastical world of Syberia in alternative Europe, the series’ author and core video game developer Benoît Sokal who was a Belgian mastermind and comic artist, sadly passed away at the age of 66 in May of 2021, after battling illness for a long time.

With regards to the aforementioned world-building, the scenery and art make Syberia: The World Before incredibly memorable. The game depicts a parallel universe spin on central Europe, one in which the continent is suffused with mechanical automatons; including steam-punk inspired robots that have a whimsically eccentric charm to them. 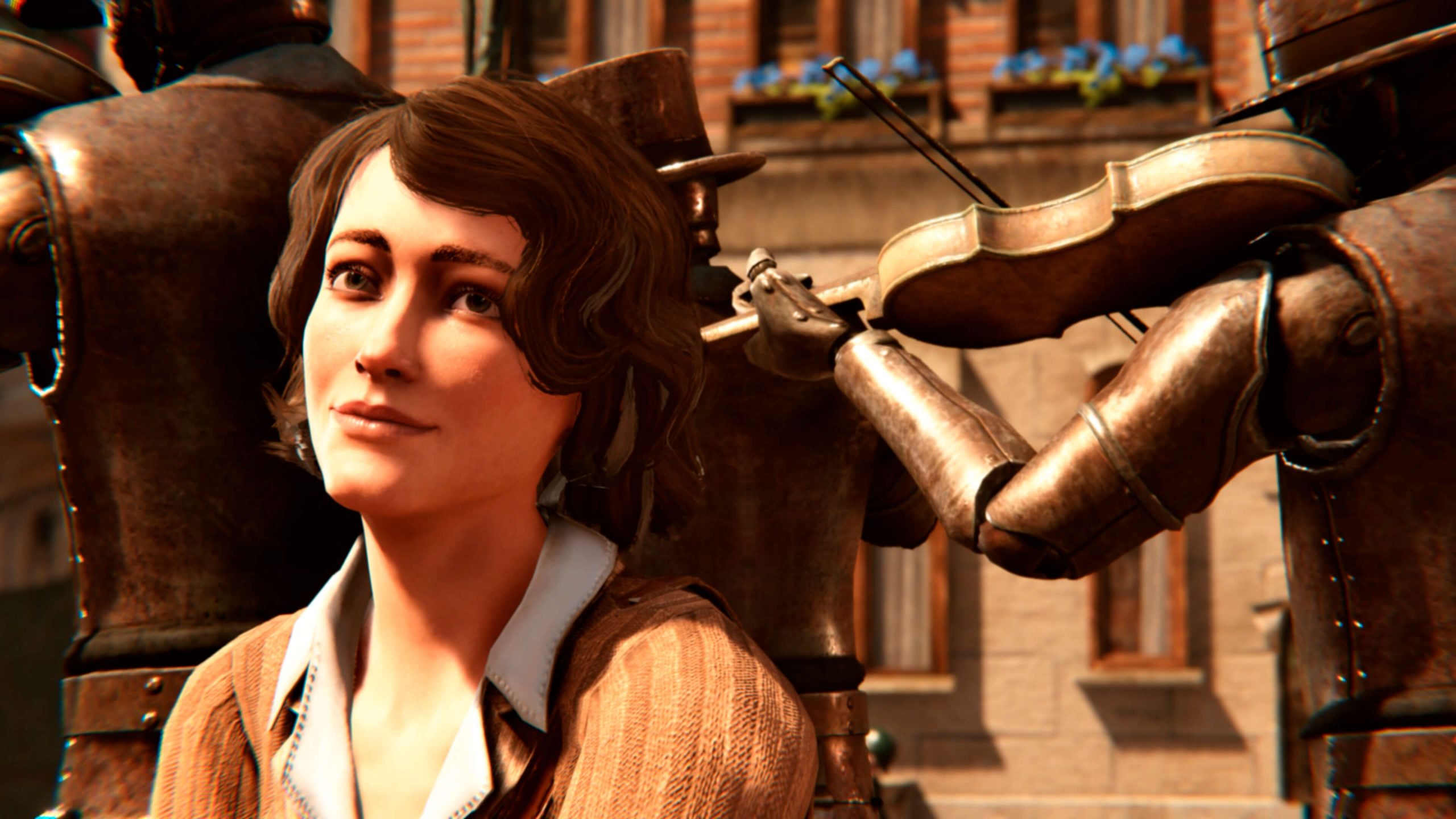 Also, there is something dream-like and ethereal about Syberia, not just in its gorgeous painterly visuals but also in the way in which the camera (sleepily) follows dual protagonists Kate and Dana on their mysterious, time-intertwined adventure. Even at The World Before’s most dramatic moments, a melancholic sentiment is infused — one that is deeply captivating, and quite frankly, unlike anything I have ever played before.

The story of Syberia: The World Before itself is built around a deliciously simple yet intriguing set-up, with the two lead characters exploring the same fictional city, Vaghen, albeit from two different eras, the 1930s and the turn of the millennium around the 2000s, respectively. Seeing how Vaghen and its people have changed over time, and how the inhabitants and grown over the decades is absolutely fascinating.

The game’s story is a clear demonstration of how engaging the environment publisher Microids and its Paris development studio have crafted really is. With that in mind, it is safe to say The World Before is worth exploring not once, but twice. At least.

Glorious storytelling and fascinating art aside, Syberia: The World Before is a traditional point-and-click adventure as tried and true as they come, for both good and bad.

Thankfully, the excessive item collecting and screen clicking found in many other adventure games is successfully held back and restrained in this final installment of Syberia, with both the pointing and the clicking being substantially streamlined and improved over other genre titles. 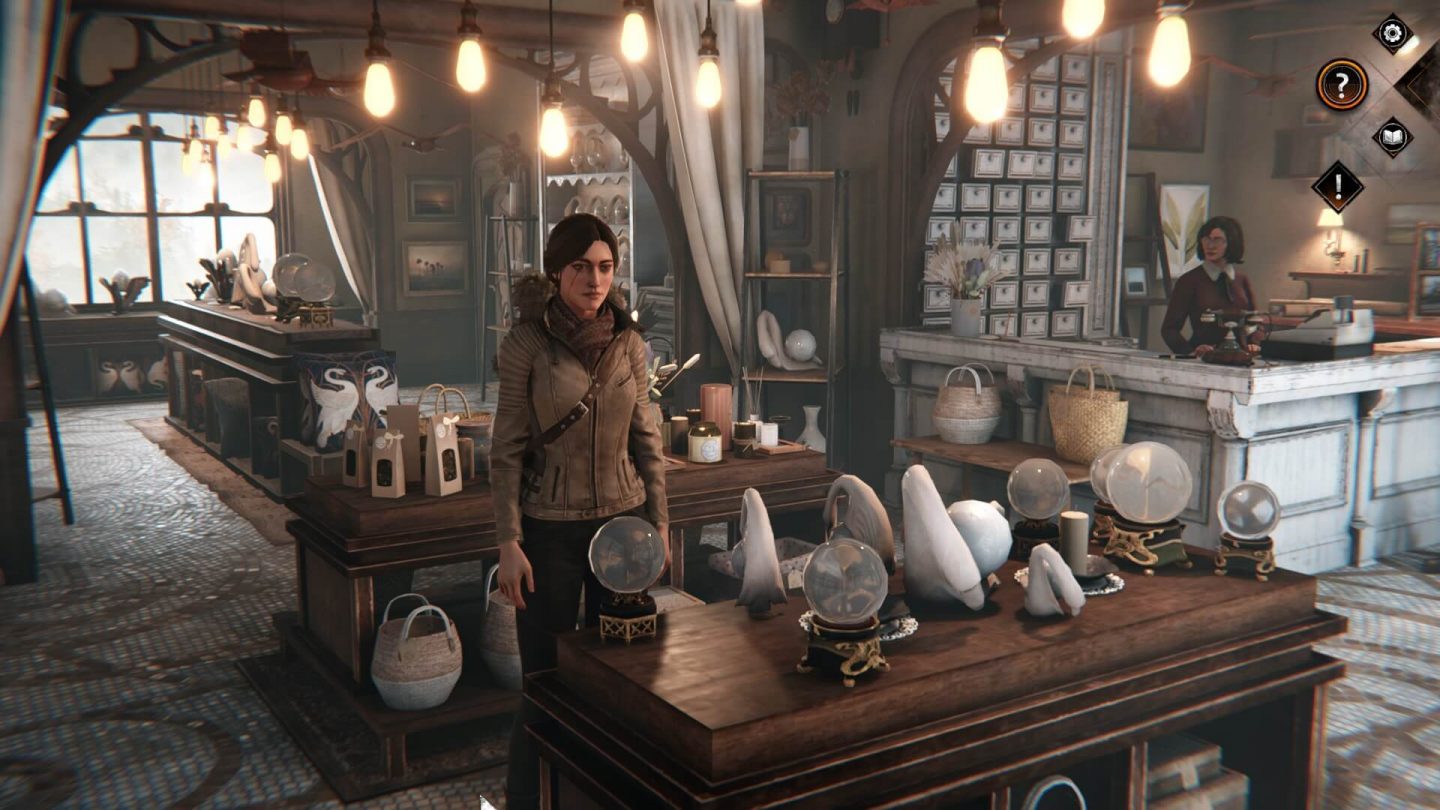 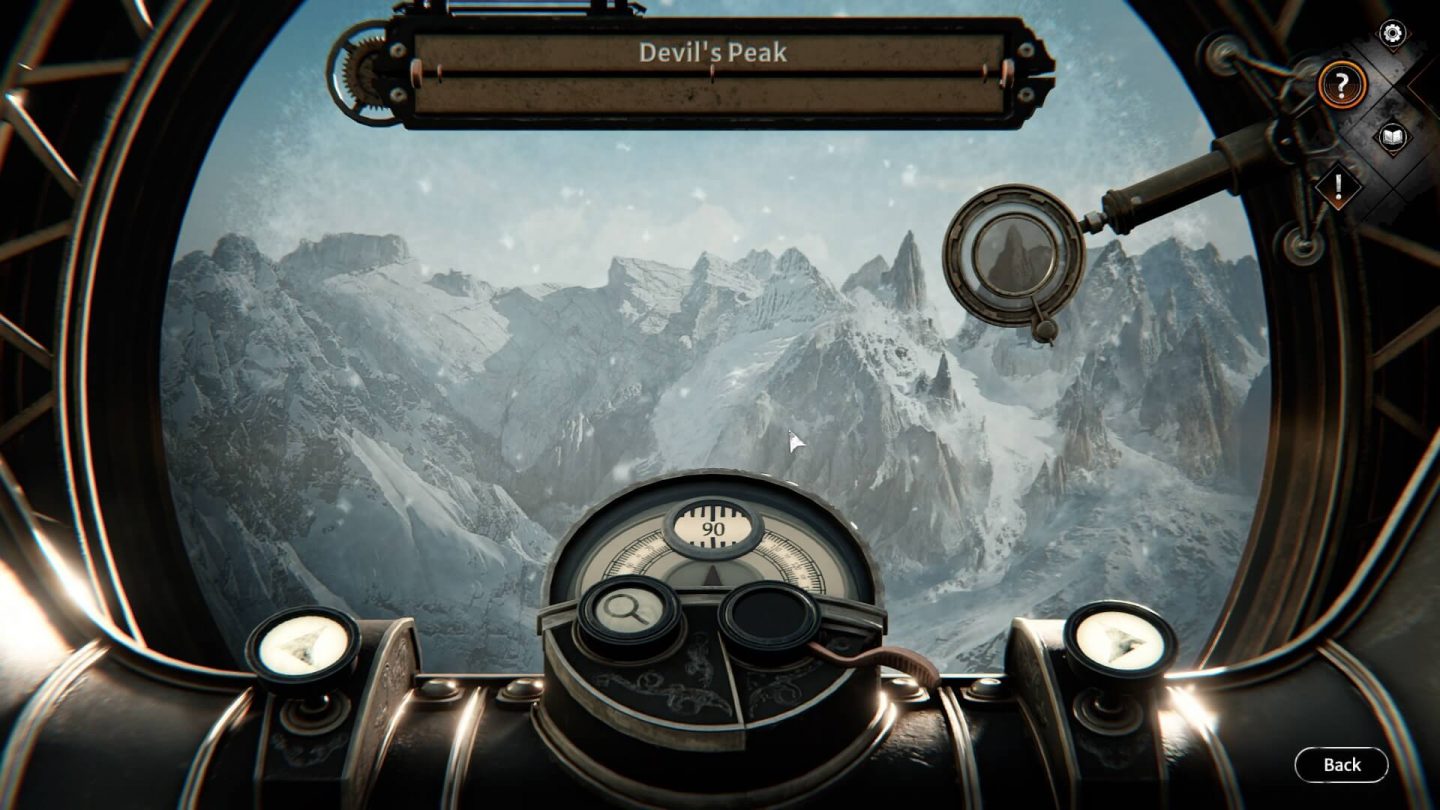 Everything the player can interact with is clearly marked on the screen, and the game will provide information if an item can be used or not, avoiding the tedious “try every object approach” to puzzle solving. There is also a nice tactile sense to engaging with the environment that sees players interacting with objects; pushing levers, twisting cogs, and rotating clues — among more usages.

That being said, there is nothing in The World Before gameplay-wise you will not have experienced a hundred times or more. Syberia: The World Before is really nice, just not particularly innovative.

There are a few clunky issues that mire proceedings. The voice-over work is dodgy at best. On occasion the acoustics are not right, a character might sound like being in a cave rather than in an enclosed room, to give an example. There is also some lackluster voice acting to put up with, whether the cause for this is the occasionally exposition-heavy script or some actors having phoned in to deliver voice-over work from less than ideal home studios is difficult to say.

Finally, despite the fantastical historical authenticity on display elsewhere in the 1930s setting, the decision to replace the rise of the Nazi party with the rise of the fascist Brown Shadow party is an odd one. It is more than a little difficult to take proceedings seriously when characters discuss the evil ‘Brown Shadows’ totalitarians.

For those who have been with Syberia since the beginning, The World Before is a glorious and fitting end to Kate Walker’s journey and evolution as a character. Equal parts melancholic and magical, Syberia: The World Before provides a gorgeous game world that is a joy to explore.

“Simply put, the latest Syberia entry in the +20-year-old Microids franchise is the most amazing game in the entire series.”

It is only a shame that those age-old point-and-click mechanics could not have been shaken up a bit more. Still, that does not stop the latest Syberia entry in the Microids franchise from being the most amazing game in the entire series 20+ year history.

Syberia: The World Before is a graphic adventure that let players embark on a journey across continents and time as they piece together the puzzle and fate of its two lead characters whose destinies are intertwined. Developed and published by Microids, Syberia: The World Before is currently only available on Microsoft Windows by way of Steam — hopefully, console versions will follow.

‘Syberia: The World Before’ 4K Screenshots 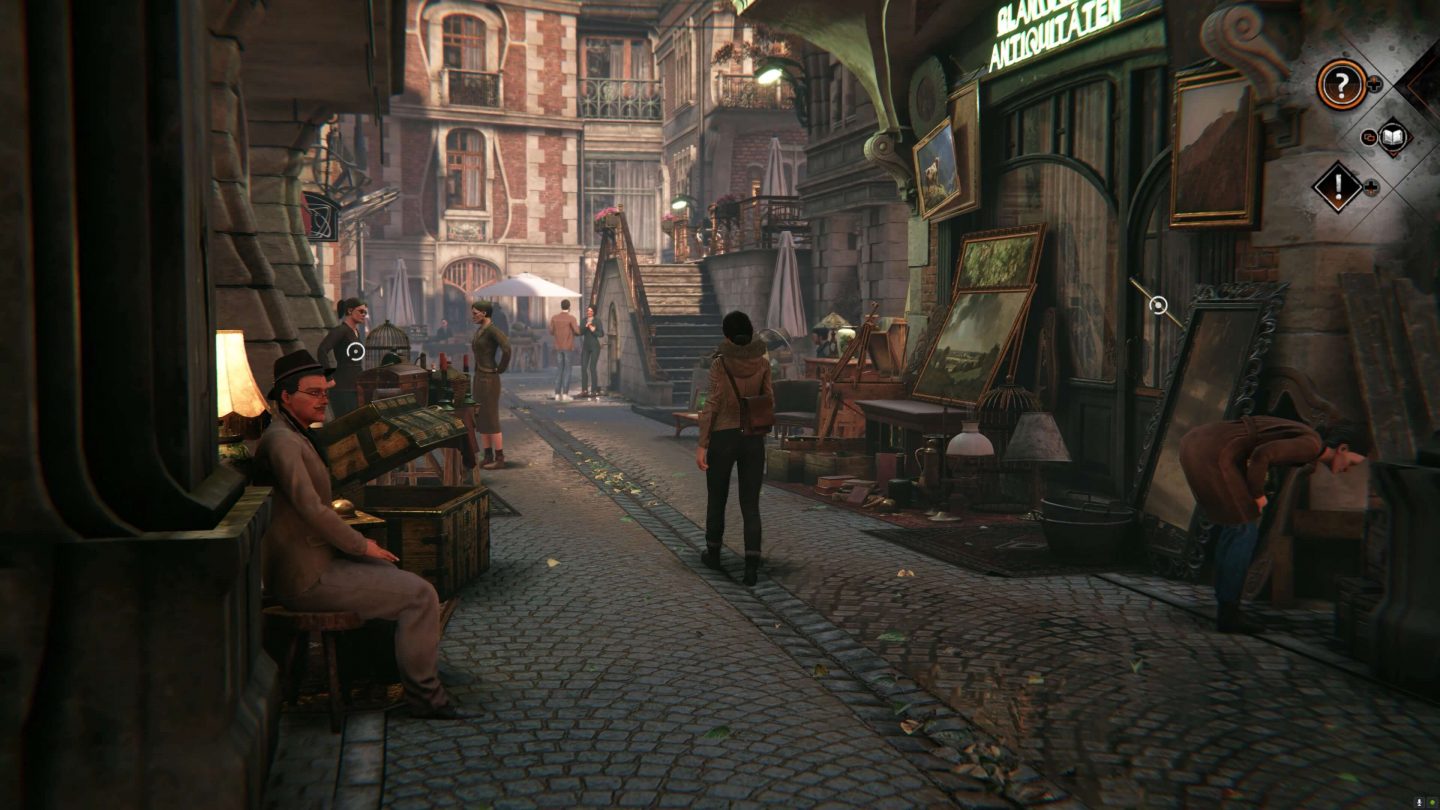 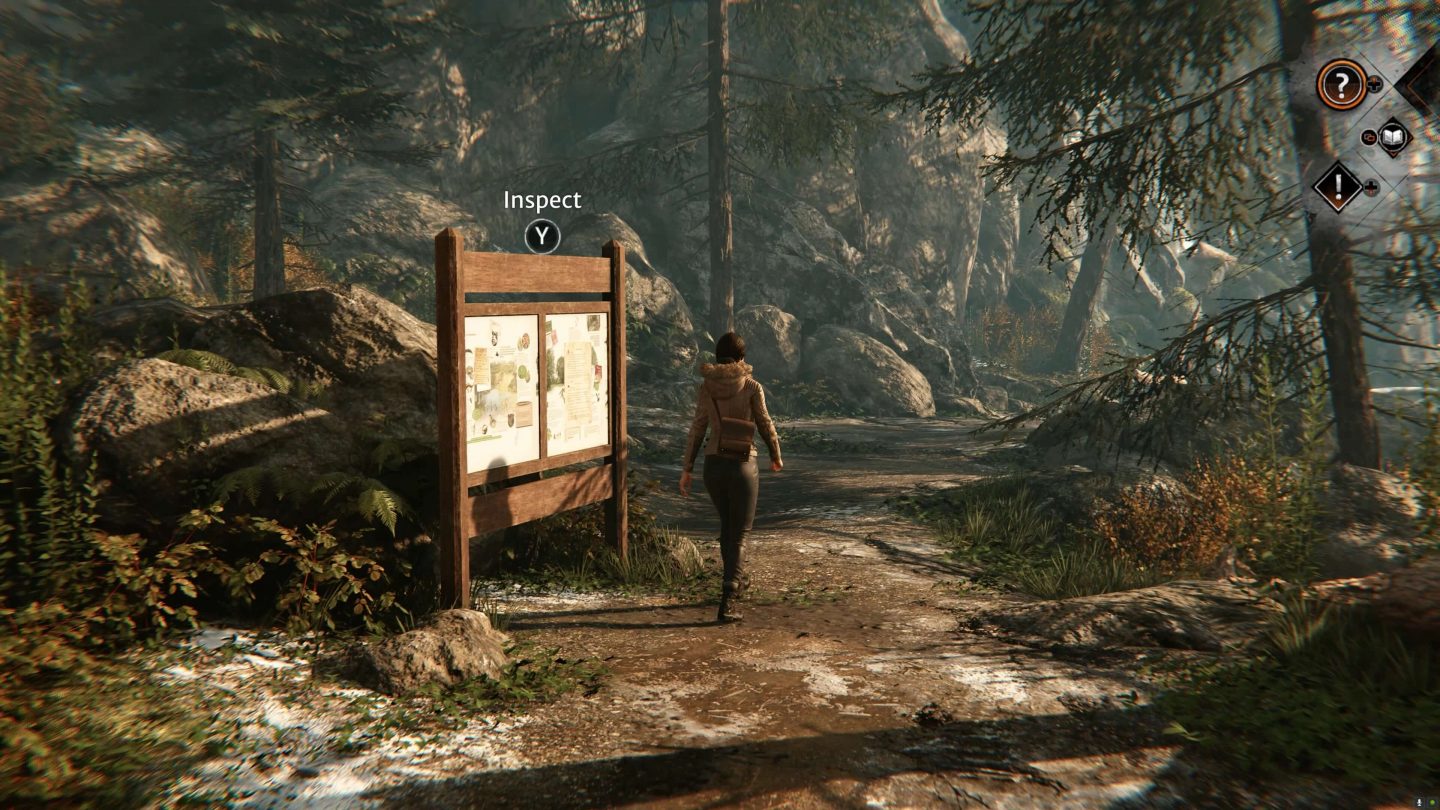 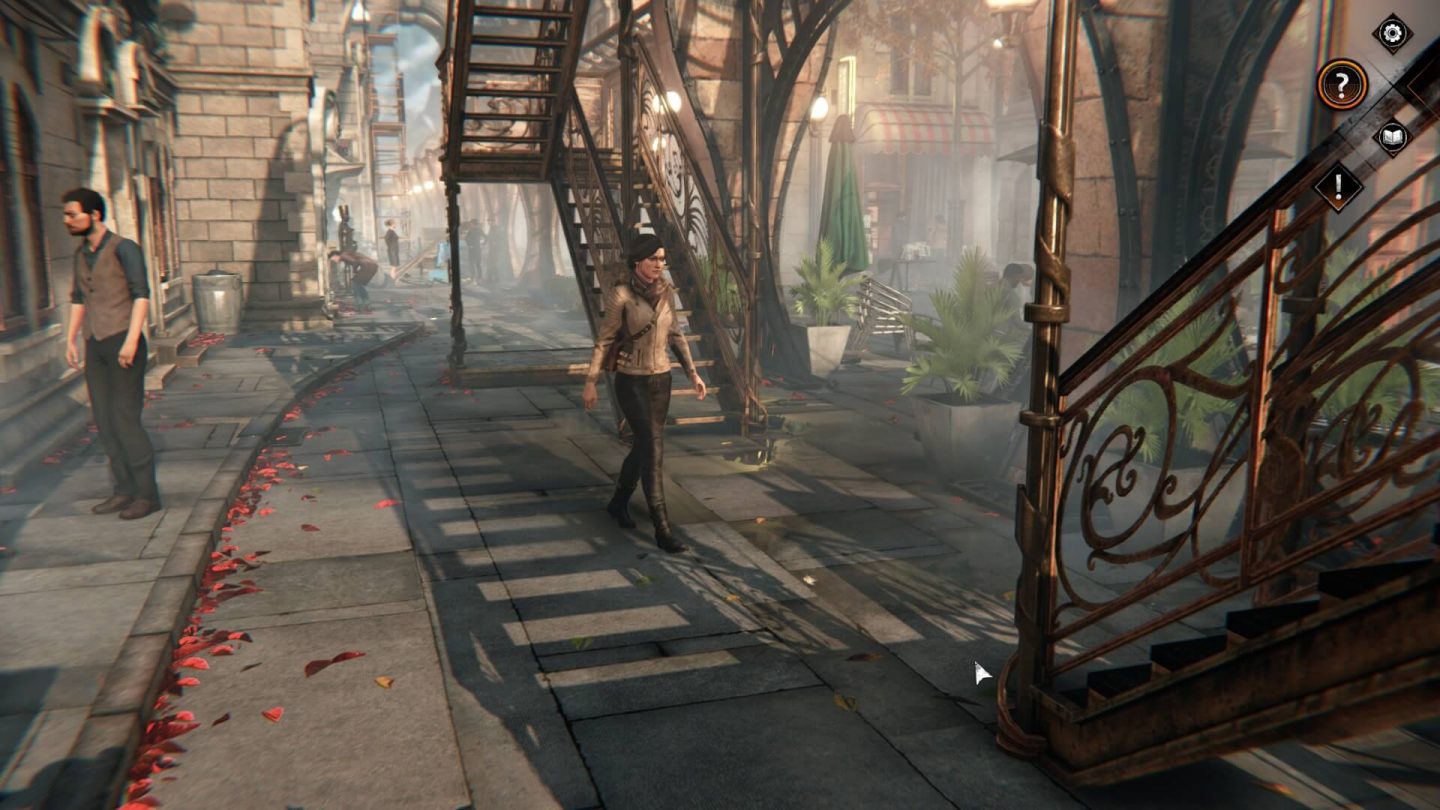 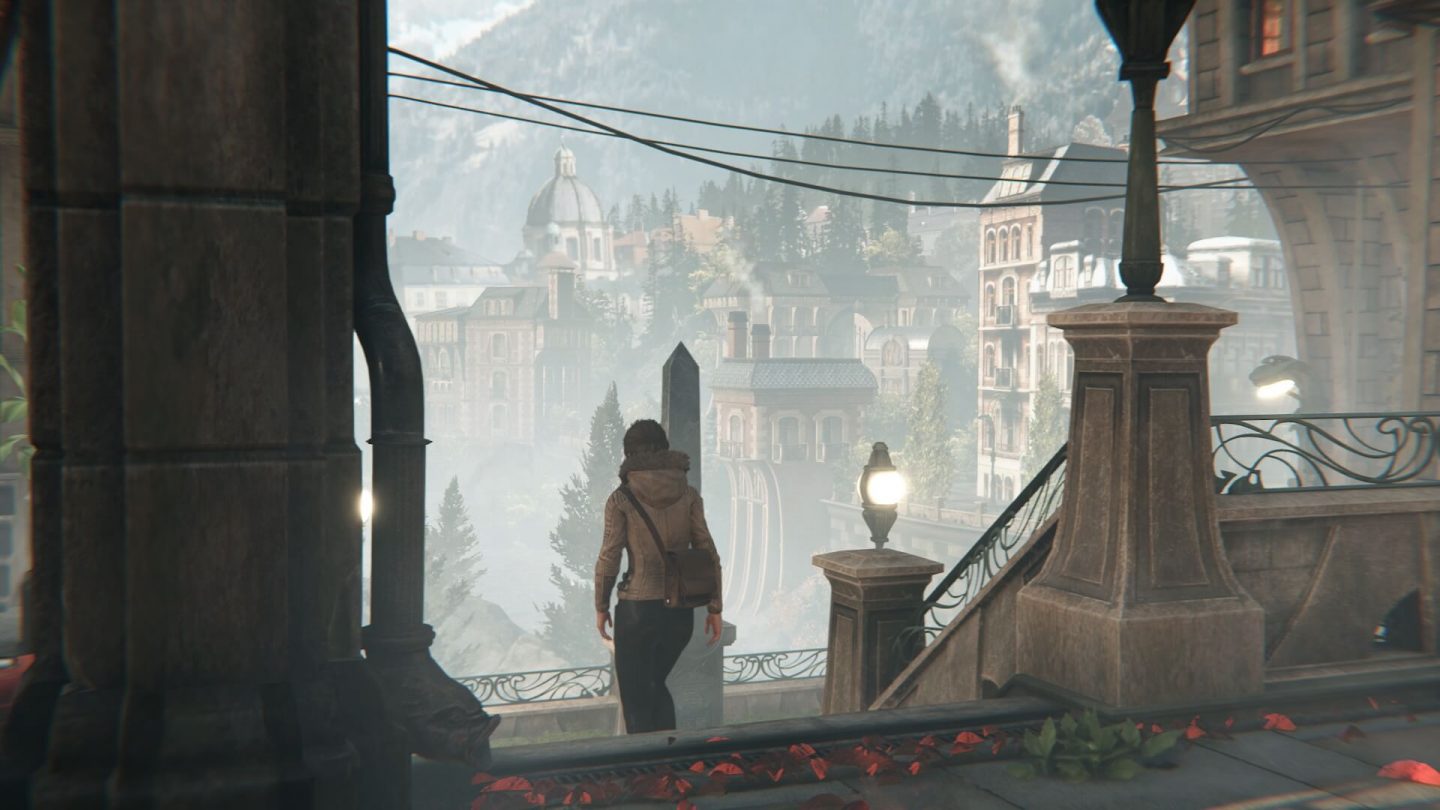 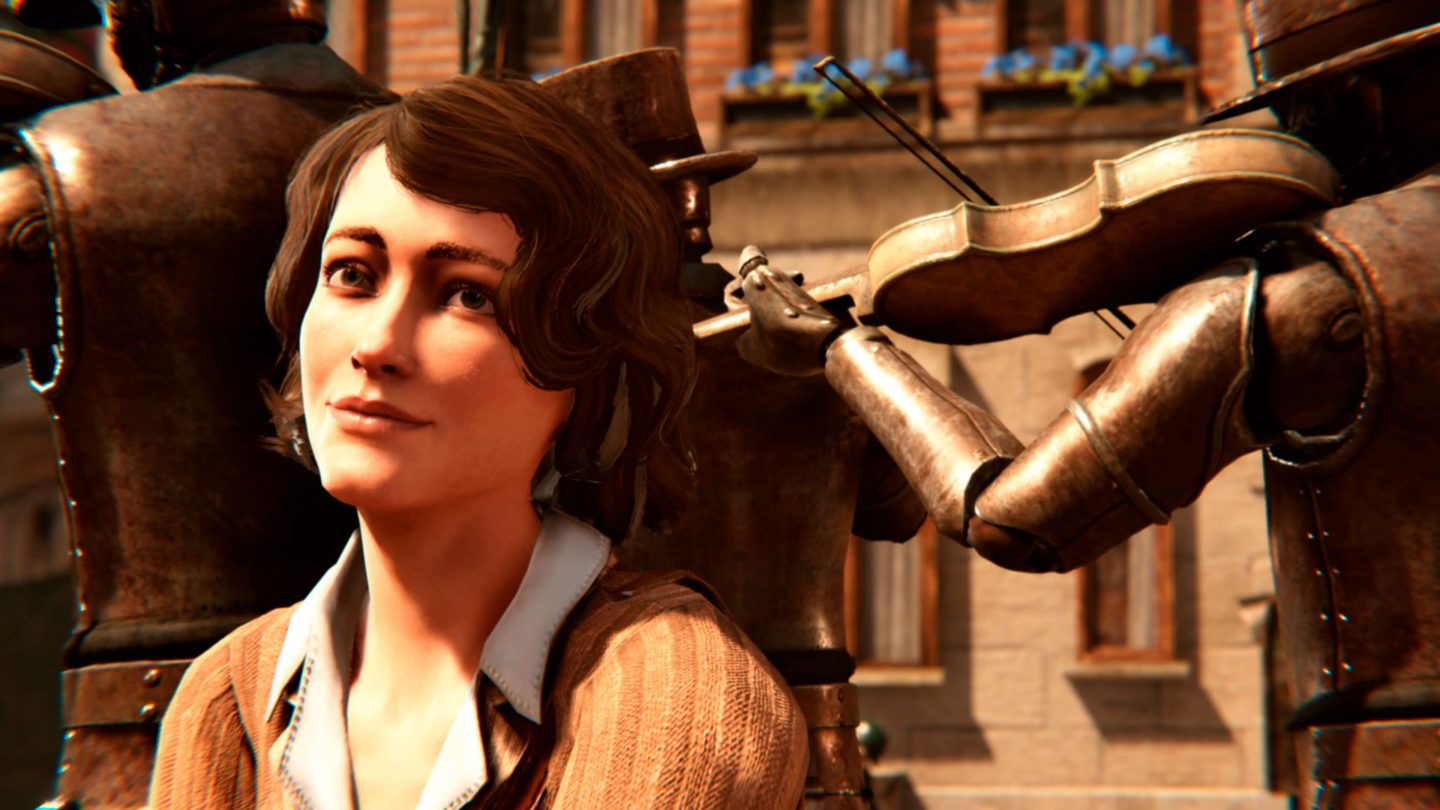 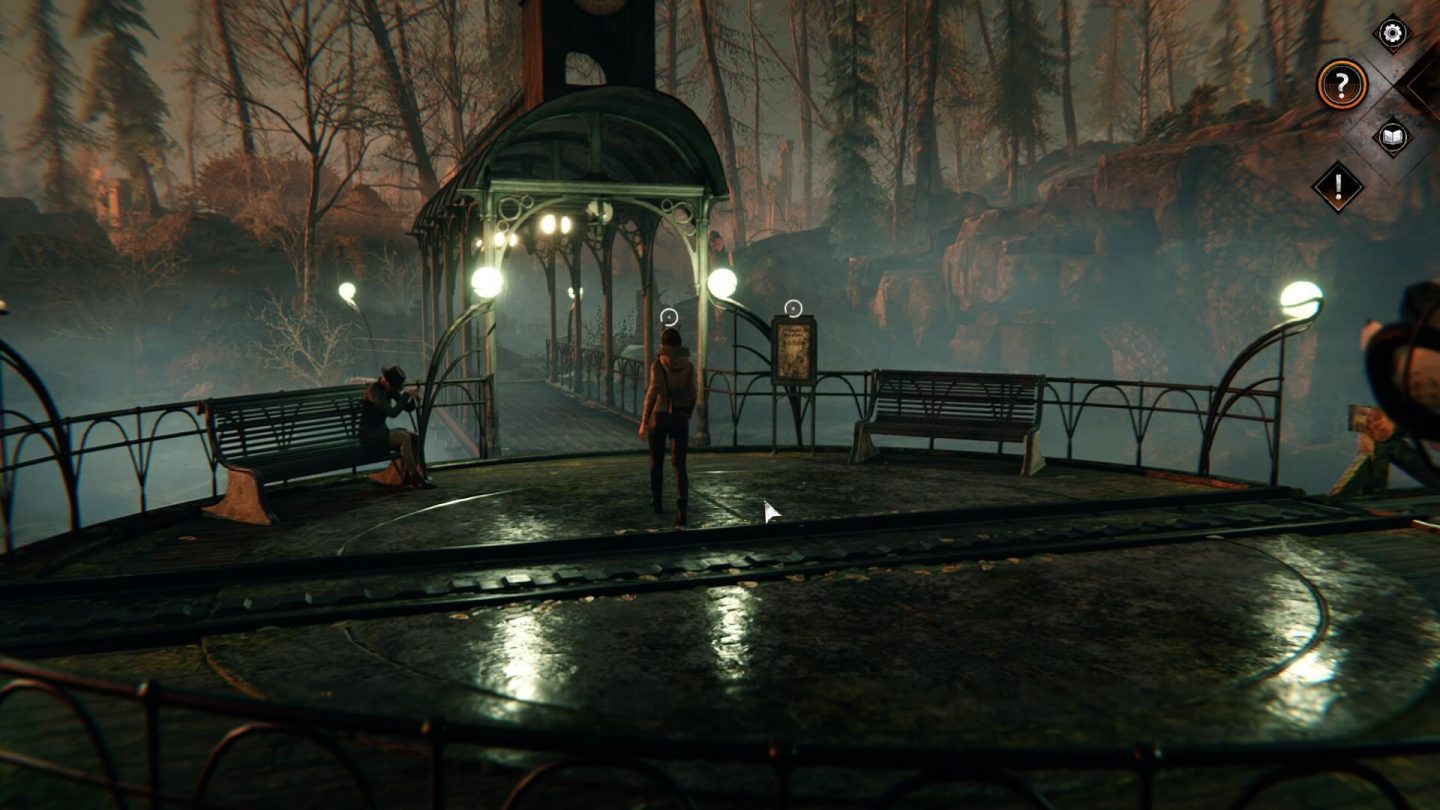 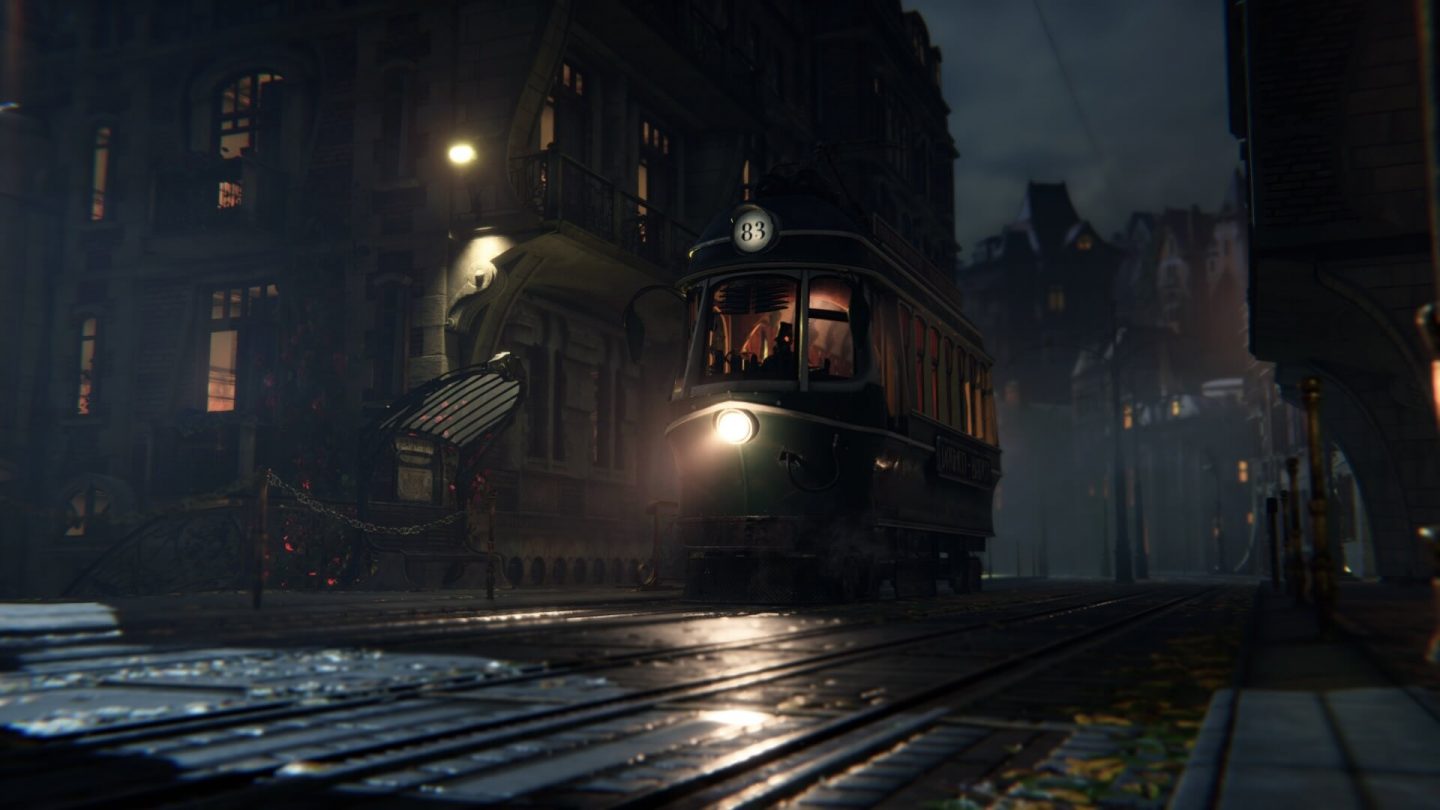 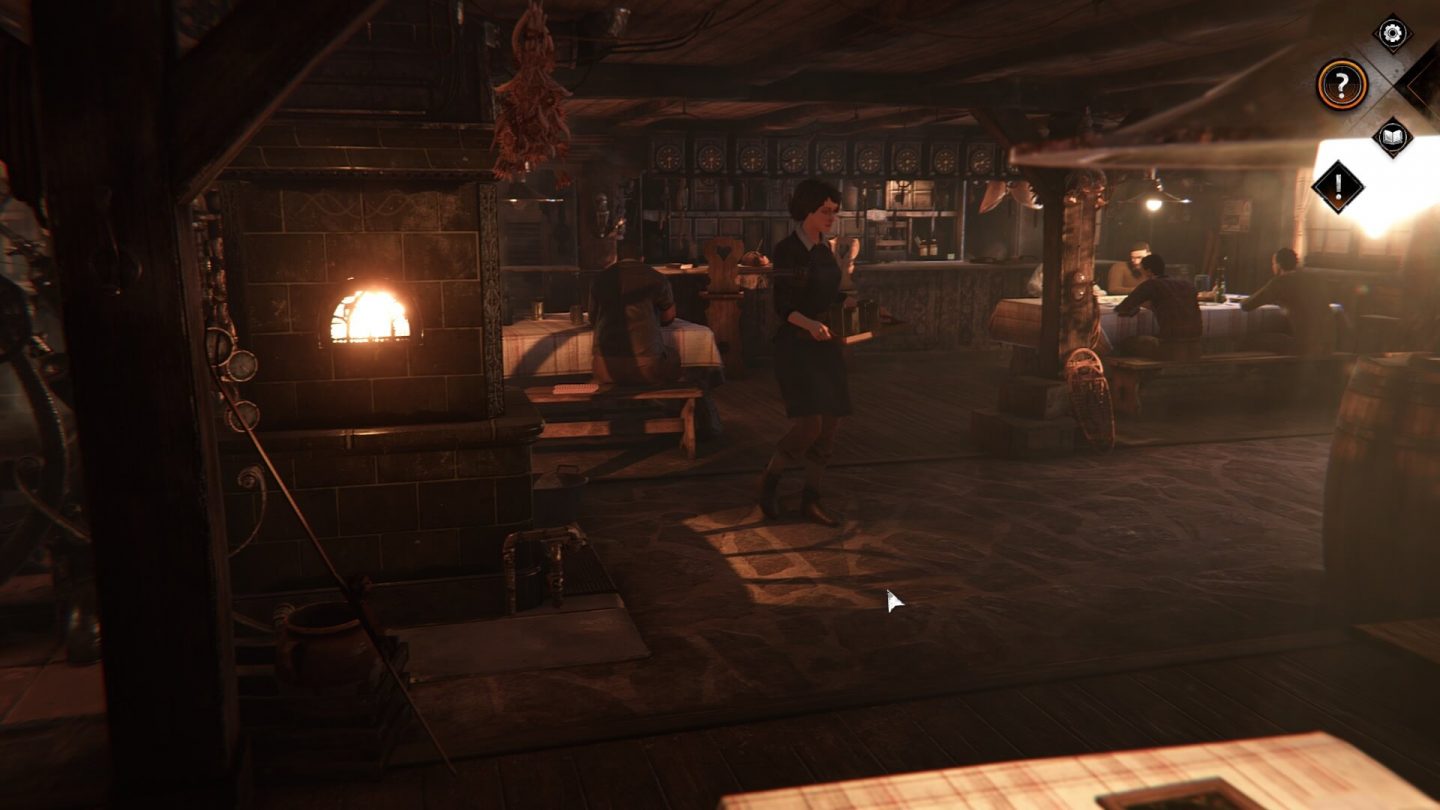 ‘Syberia: The World Before’ Launch Trailer