Become the long assumed dead aristocrat, Arthur Artorias, as he takes revenge upon Greater Heaven, a religious order with an iron grip on the remains of his homestead.

“Does new stealth ‘em up ‘Winter Ember’ help elevate the dumbness of the genre or does it too fall foul of stealth silliness?” 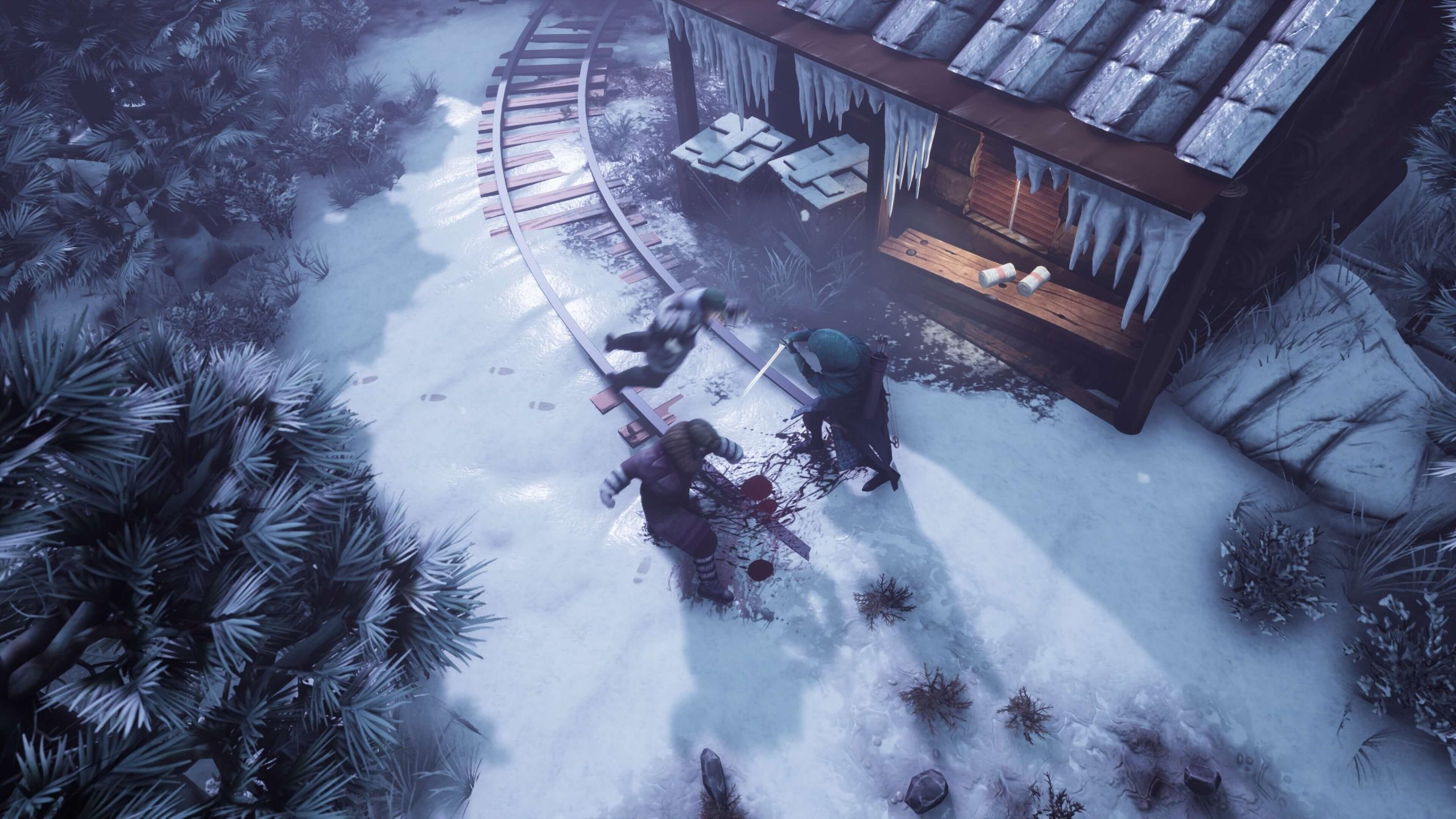 Despite being a stealth game, Winter Ember makes no attempts to hide the fact that it wants to be Thief; the seminal atmospheric sneaktastic classic from Looking Glass Studios. Winter Ember has the same dark fantasy, mist-soaked steampunk aesthetic. Successfully mirroring Thief in the way it effortlessly mashed modern technology with medieval history in its attention-grabbing world-building.

The only difference is that, rather than being played from a first-person perspective, Winter Ember has a top-down isometric viewpoint. The game’s visuals are a delight; candles gently flicker and illuminate the darkness, crows flap out of your path in a squawking rage and protagonist Arthur moves with the swaggeringly smooth demeanor of a master thief.

The problem is that, despite his appearance, Arthur is terrible at sneaking. This isn’t entirely his fault, as Winter Ember does little to help him in his endeavors. The controls on console are frustratingly patchy, attempt to sneak up and dispatch a guard from behind and your tap of the attack button will result all too often in Arthur doing nothing at all. Other than getting spotted by the enemy that is.

“A key problem is that, despite his appearance, Arthur is terrible at sneaking.”

Then there’s the curious case of weightless barrels, nudge one only slightly and the physics engine will send the barrel cartwheeling across the floor, alerting any enemies nearby.

The issues don’t stop there, as developers Sky Machine Studios’ debut game fails to take advantage of the possibilities the isometric viewpoint offers. Take the identikit multitude of guards that you’ll meet, they all dress in black, can only just be seen in the dark environment and you can barely tell which way they are looking — resulting in frustration as the player is left unsure whether they can safely strike or not. Some sort of visual representation for each guard’s sightlines would surely have alleviated this problem.

Also, despite the top-down presentation, the player is restricted from seeing what Arthur can see, everything else is shrouded in a fog of war. If the game provided solid stealth fundamentals this wouldn’t be a problem and would only heighten the tension as the player explores the environment.

For some bizarre reason, Arthur can only attach to certain walls to take cover and not others, forcing him to blithely wander around a corner rather than sneak a peek, often getting spotted in the process. It’s all deeply irritating and will trigger an enemy alert state that will undoubtedly lead to hand-to-hand combat. And that’s where things go wrong, not just for Arthur, but increasing for Winter Ember too.

Combat is an absolute mess. Controls are imprecise and unresponsive, the collision detection is confused, and Arthur regularly fails to dodge attacks due to laggy input rather than poor player skill. 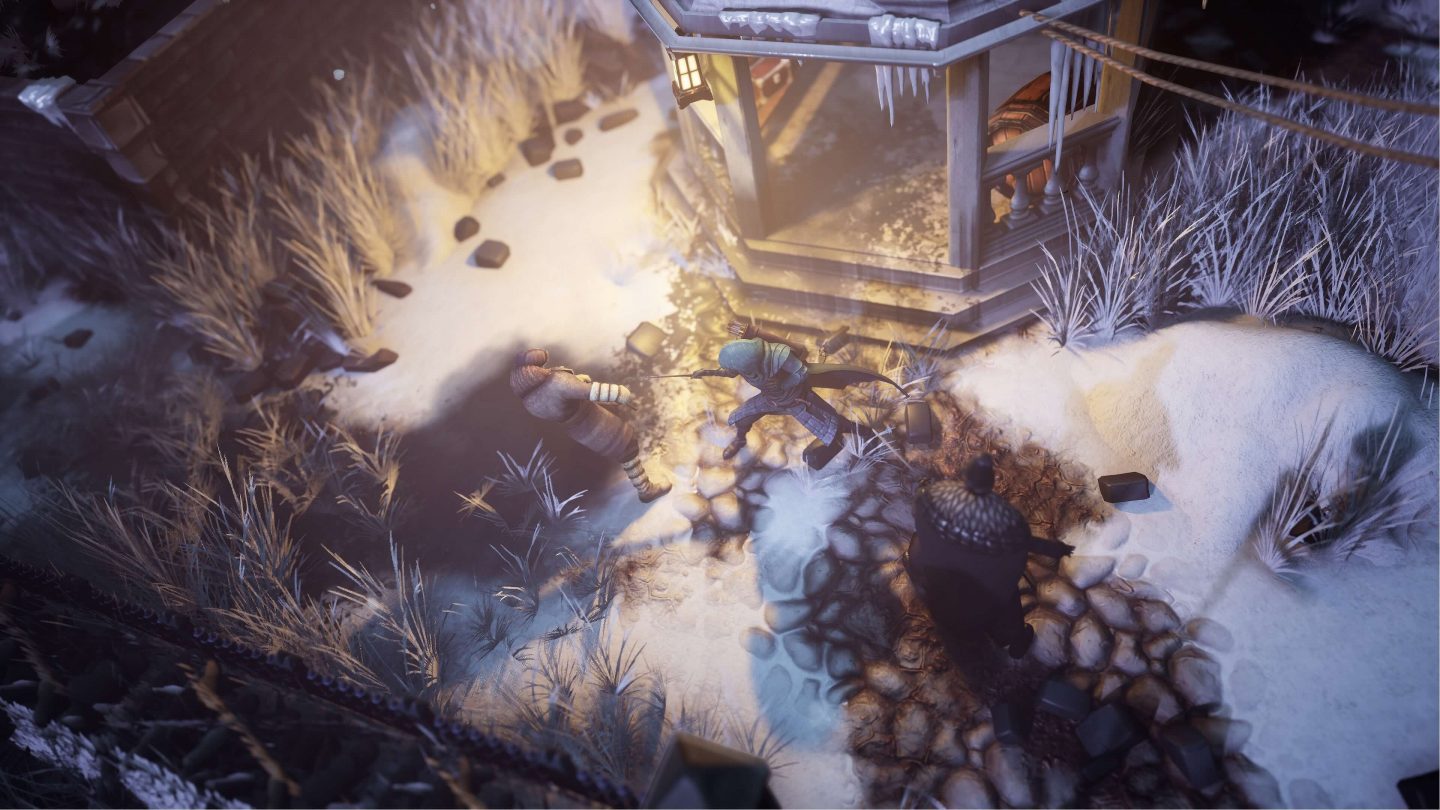 Trying to counter an attack becomes a test of luck rather than skill, making players feel they have almost no control. I get that the avatar of a stealth game should be weak in combat but that doesn’t excuse the shoddy gameplay on offer here. In fact, the combat became much more enjoyable when I gave up trying and just button mashed and hoped for the best.

Conclusion: A Heap of Problems

The problems don’t end with stealth and combat, if only. Take the cool anime opening scene, why does it run jerkily, regularly freeze, and seem to have given up on any attempt at lip-syncing? Why are checkpoints so appallingly spaced? Prompting tedious retreads through a level when Arthur is spotted, yet again, due to gently nudging a barrel.

Why is the map so useless? Why is crafting such a chore? Why do mansions with locked doors keep lockpicks in their cupboards? I have a feeling I’ll never have an answer to these questions, so I’ll answer a question myself instead.

“Is ‘Winter Ember’ worth buying? Absolutely not — under any circumstances known to man.”

Thief was one of the greatest games of the late nineties, a tense taught masterclass in stealth mechanics. Don’t let Winter Ember’s similar visuals fool you, sadly, this is not the isometric version of Thief you’ve been looking for but an absolute mess of a stealth game. Like an assassin lurking in the shadows, it is best avoided.

Winter Ember is a top-down, “stealth sandbox” action game from Sydney-based Sky Machine Studios and Australian publisher Blowfish Studios. The title is available now on PlayStation 4/5, Xbox Series X|S, Xbox One, and Microsoft Windows via Steam and GOG. Winter Ember is Sky Machine Studios’ first game and was funded in part by an Epic MegaGrant. A Nintendo Switch version is currently being ported for release later this year. 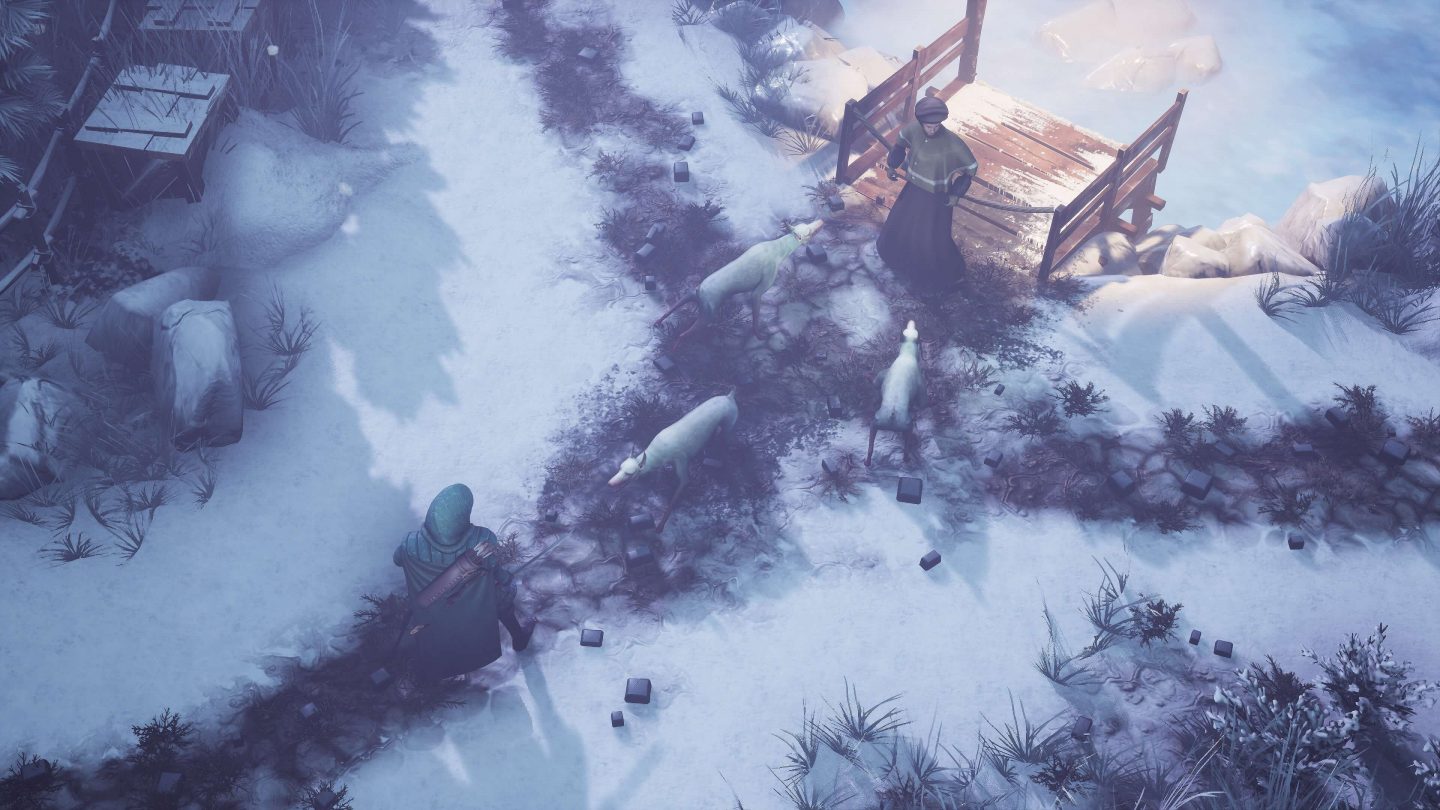 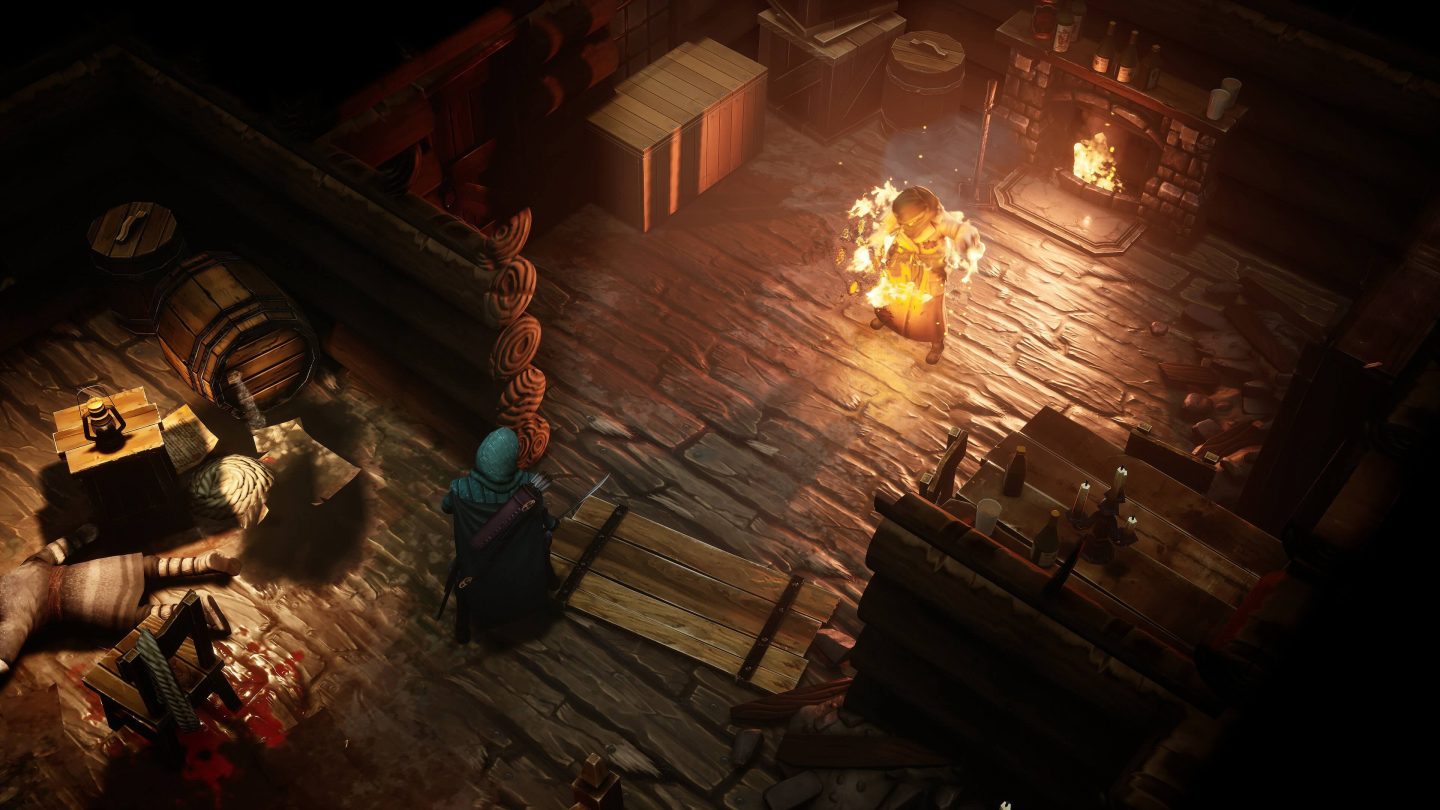 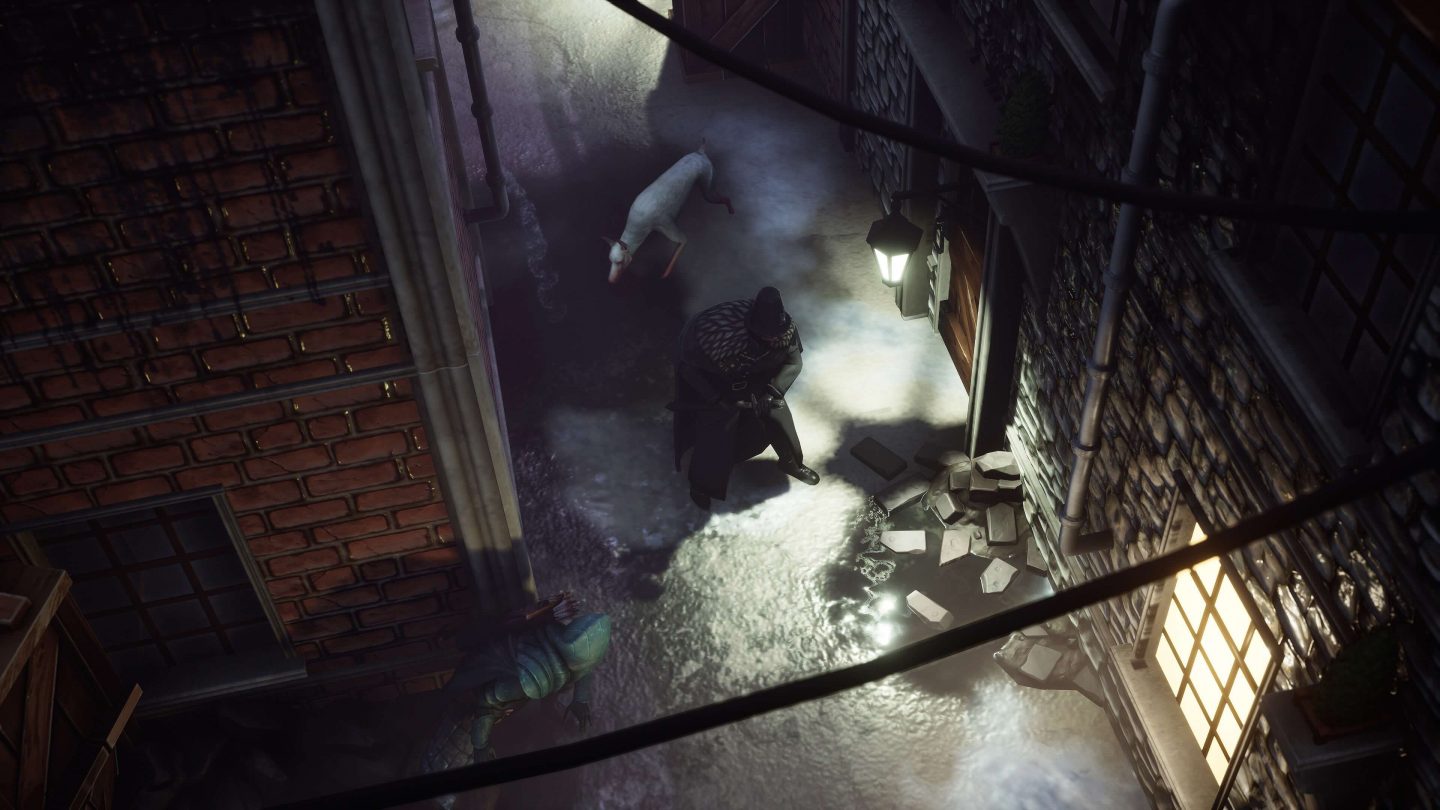 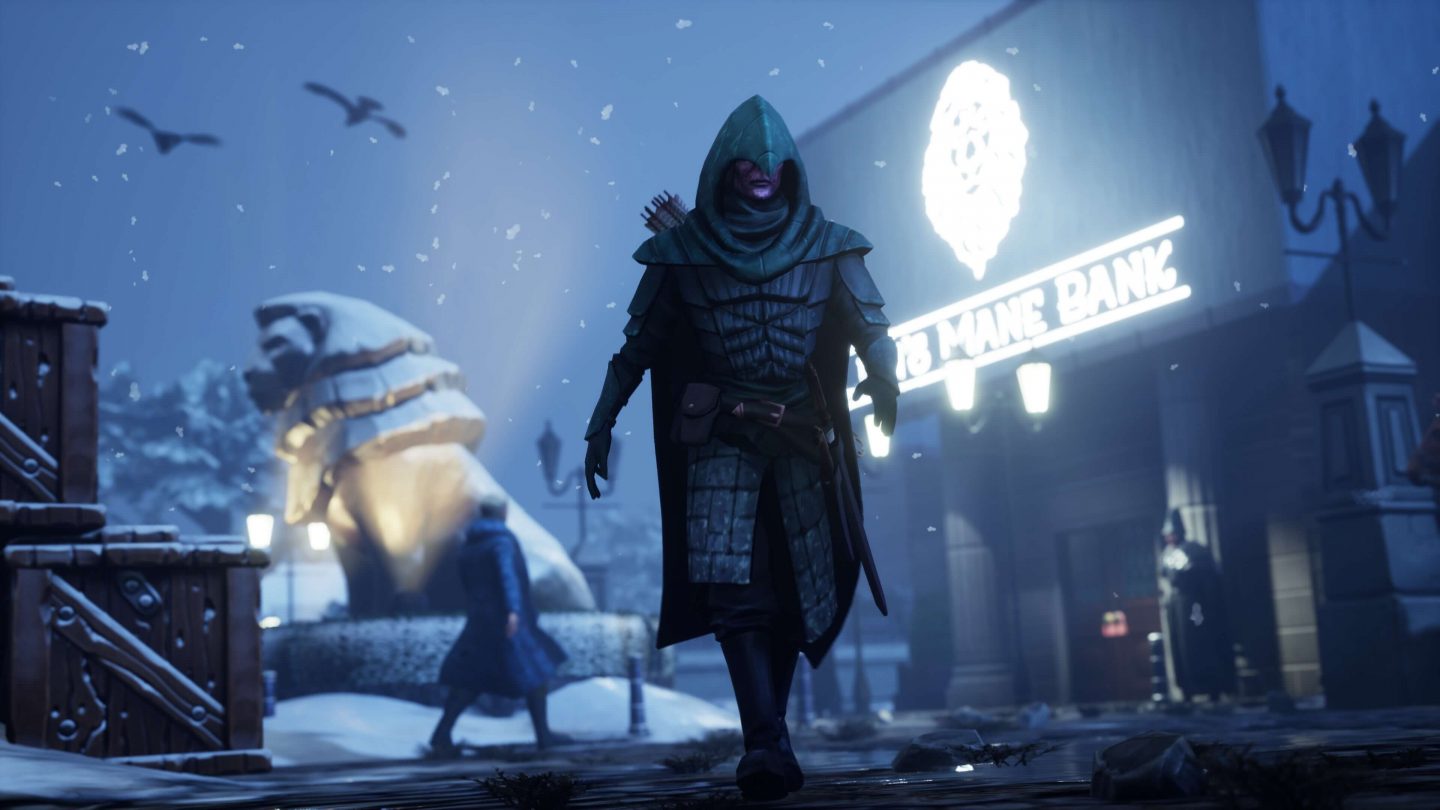 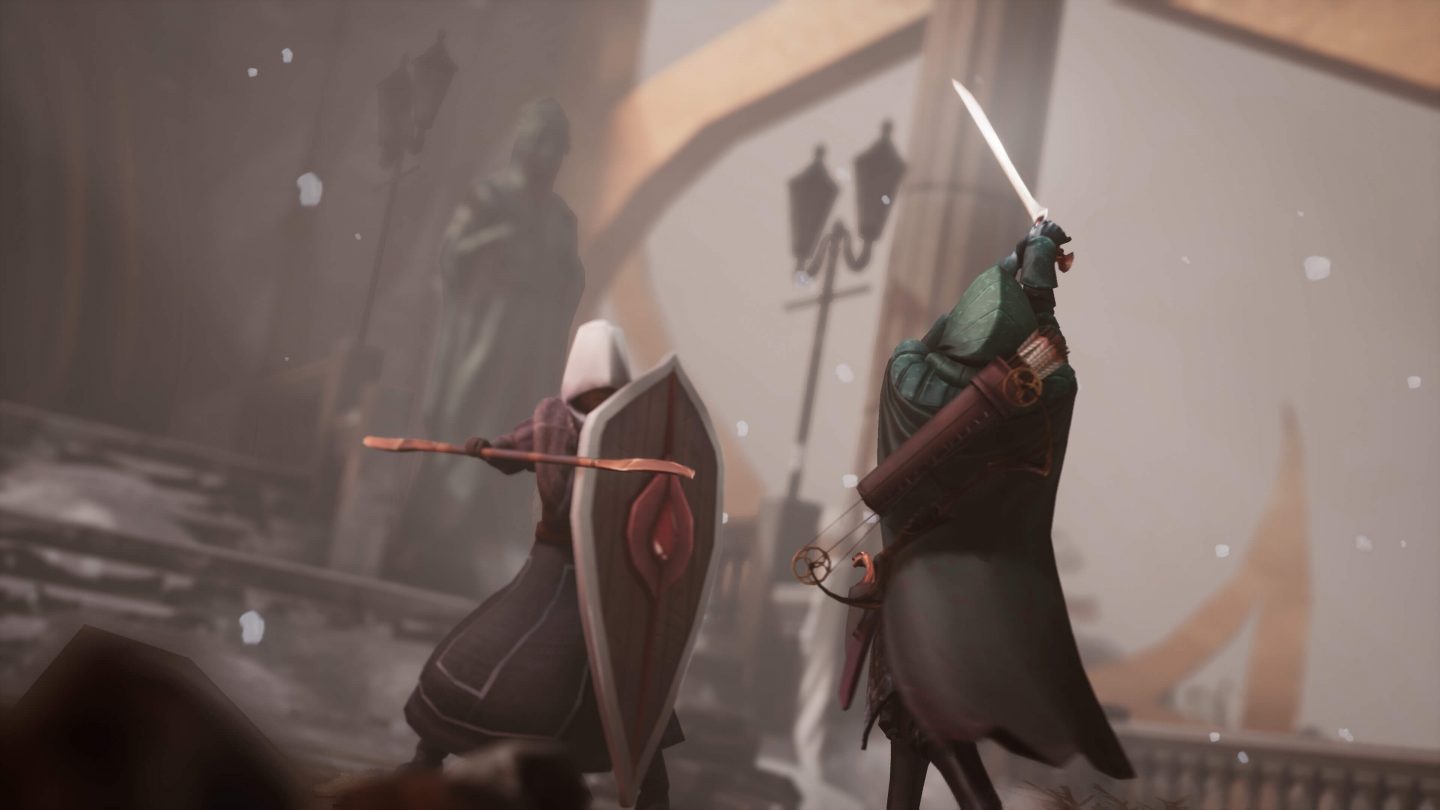 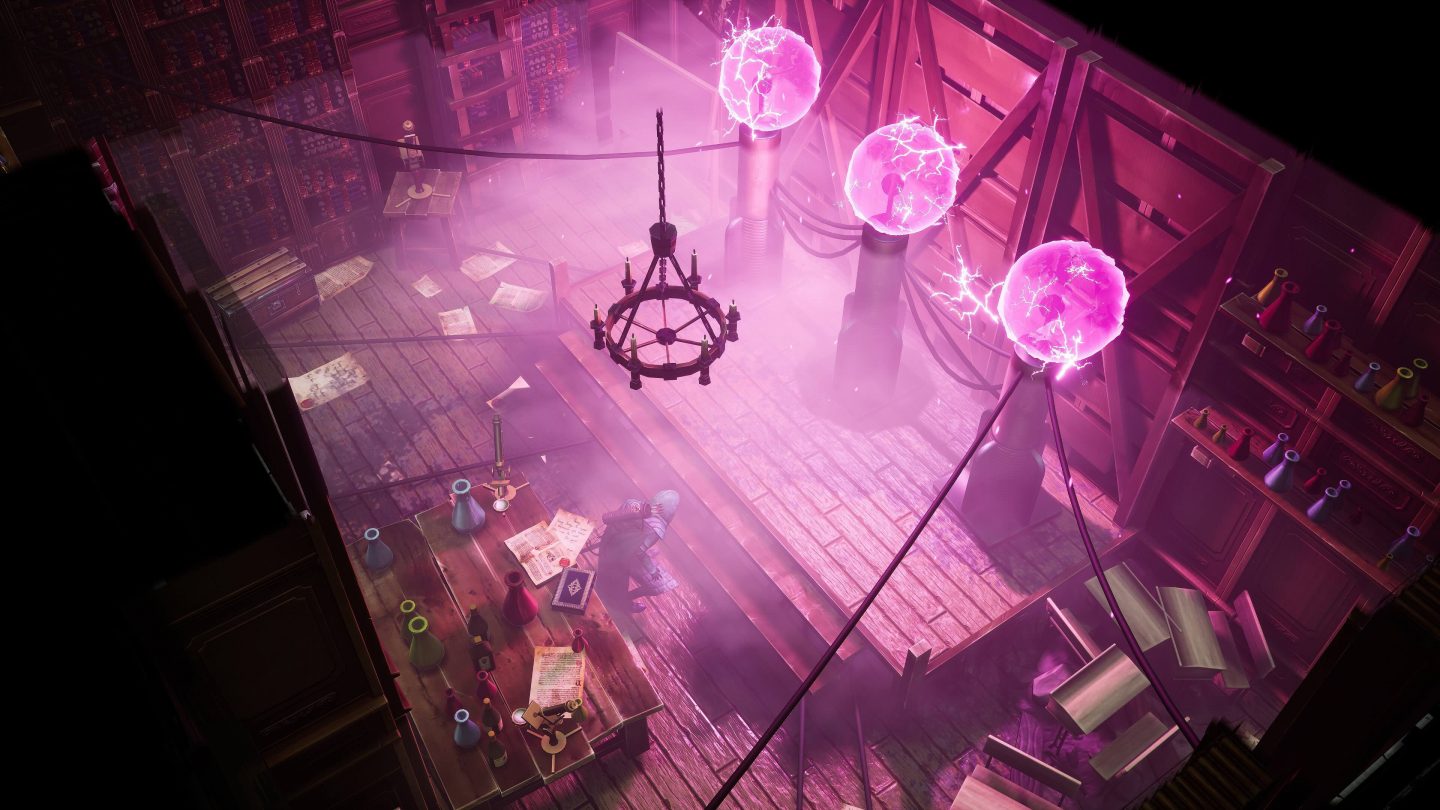 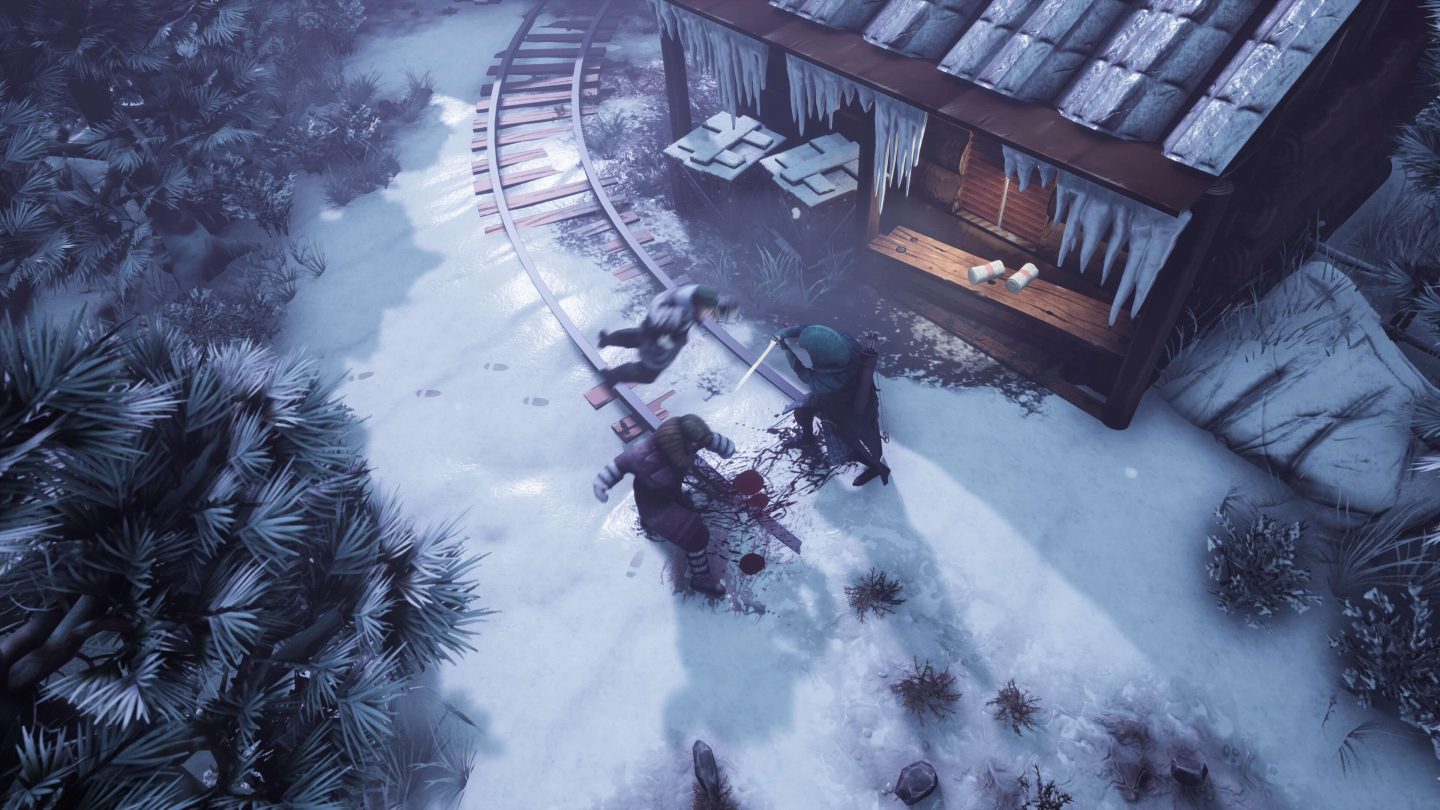 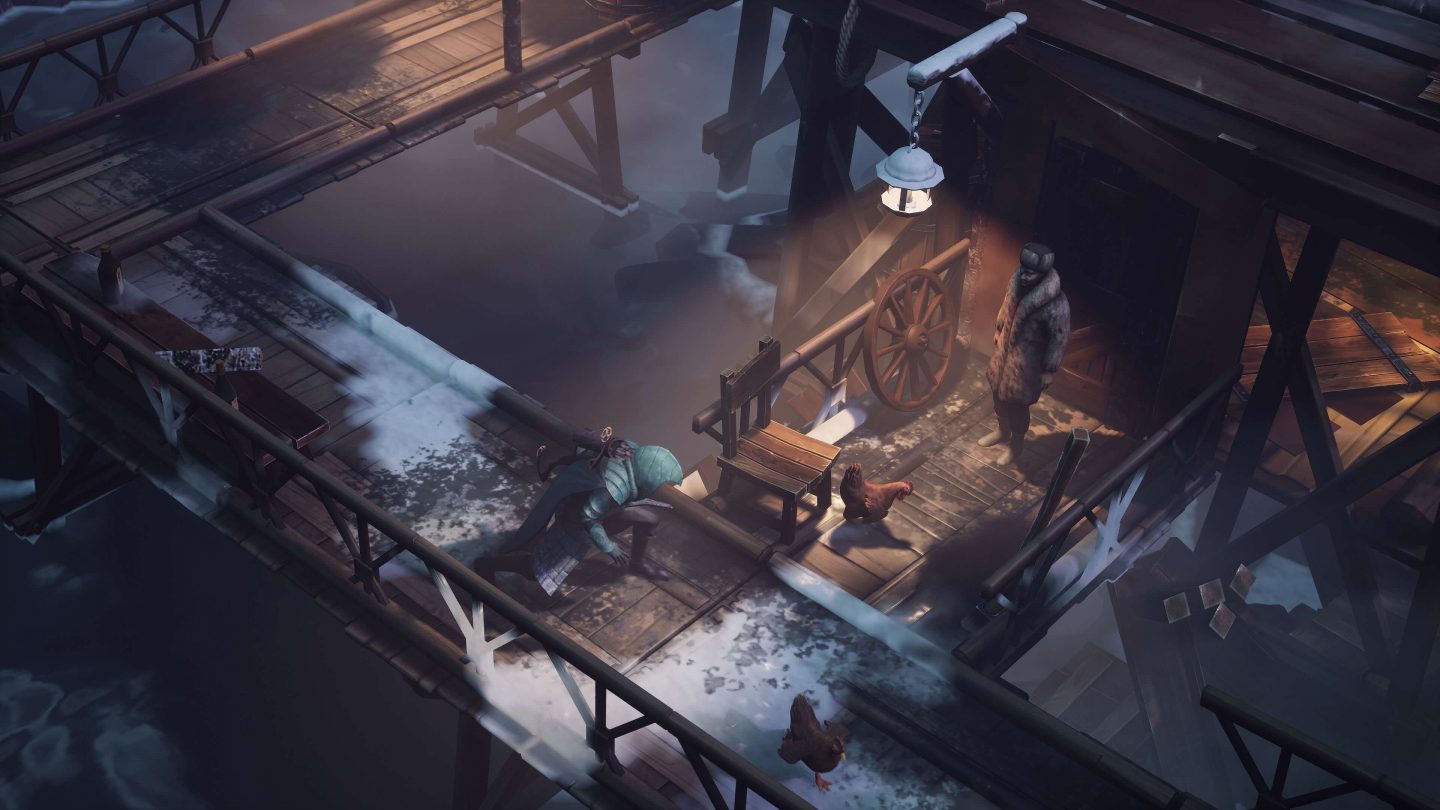 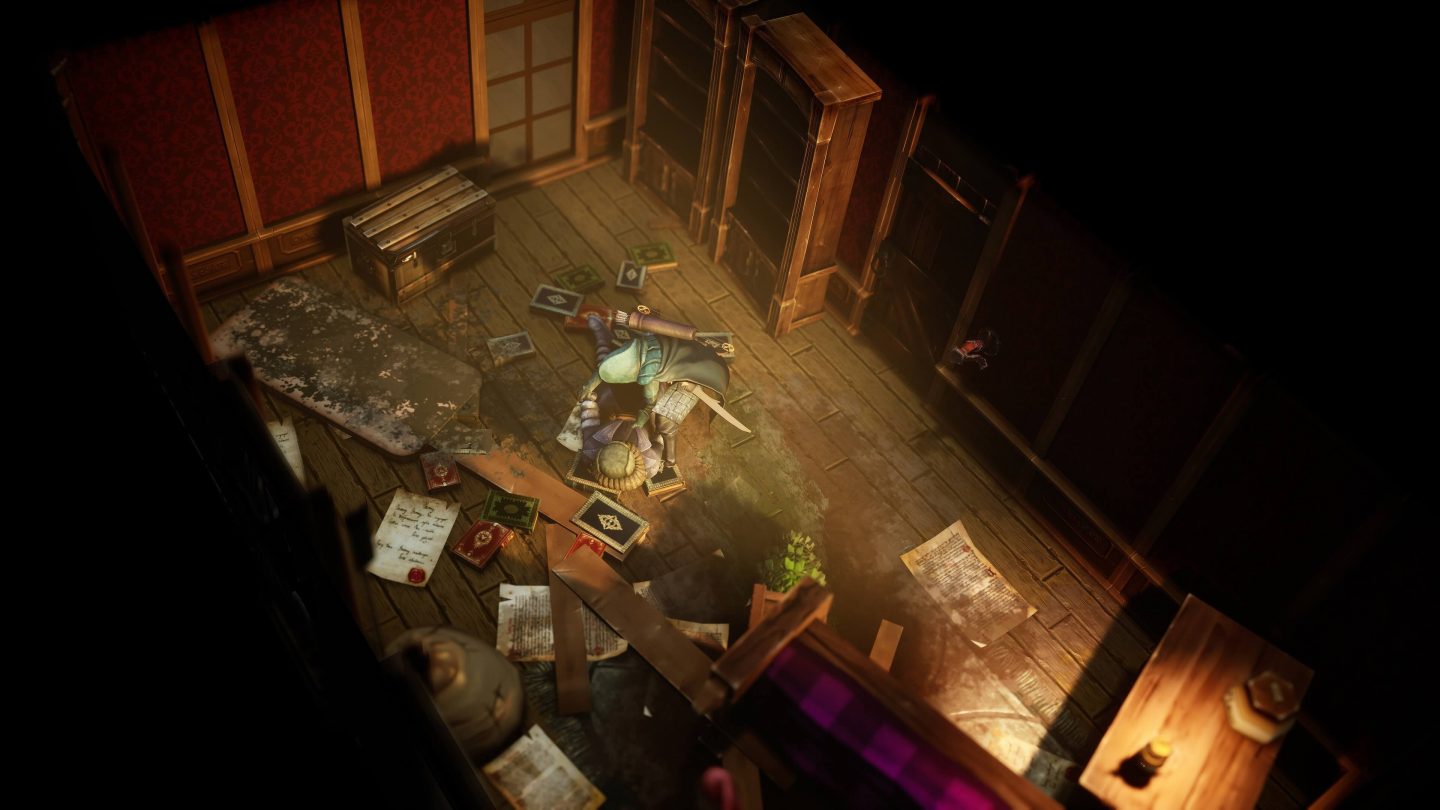