January 22, 2022 — The hour of the wolf is upon us with Swedish black metal outfit Ereb Altor’s latest. Epic riffs and synth follow the deep choral chants of Vargtimman (“The Hour of the Wolf”), evoking all the grimness of black metal, but leaning into modern power metal fare and Norse myth with its soaring peaks and deep troughs, filled with low chugging bass and satisfyingly sinister drum fills on opener ‘I Have The Sky’.

“Ereb Altor’s ninth album is a decidedly fluid and compelling studio record for the band, satisfyingly paced in keeping with its core theme of Norse myth.”

This is a broad feeling of the conquest of the elements, guided by Odin and crying out from a mountainside “Beyond the horizon my destiny unfolds. I have the sky in my hand”. I would say that this rolling spacious epic sets the tone for the album, but Vargtimman cycles back and forth through shades of heaviness as we quickly come to see. ‘I Have the Sky’ is lifted higher by guests Jimmy Mattsson (associated acts: Isole, Loch Vostok, and Planet Rain) and Lars Nedland (Solefald, Borknagar), who add choir vocals and organ keys respectively. While half the album is sung in Swedish, ‘I Have The Sky’, ‘Alvablot’, and the few short lyrics of ‘Heimdals Horn’ show a more melodic vocal tone in contrast to the rest of the album, with the song ‘Rise of the Destroyer’ blending both approaches.

Things take a turn for the gloom, with the caustic growled Swedish vocals of the titular track ‘Vargtimman’ being rounded out by the full band vocals of Mats and Ragnar and bassist Mikael adding the backing. A slower, blackened metal slab of dourness, that roughly translates to the hour or time of the wolf, ‘Vargtimman’ touches on several themes in its lyrics, dreams, poetry, and the fleeting nature of time with its back and forth cycles. On the whole, the album switches deftly between two tones, that of black metal savagery and another vibe of soaring and epic doom. While many critics, and the band itself, are quick to draw sonic comparisons to black/Viking metal pioneers like Bathory, Ereb Altor is also the product of various members’ past projects like the Swedish doom metal band Isole (founded as Forlorn in 1990), each infused with a throughline of epic doomsday DNA.

Given the album title, it should come as no surprise that another wolven-themed song ‘Fenris’ is included, being a concise and sonically spacious account of the shackled beast Fenrisúlfr of Norse myth, the giant wolf spawned by Loki and giantess Angrboda. Toiling against its chains, Fenris is set to break free by the dawn of the apocalypse, tucking the tail of the Fenris wolf as he awaits the end times of Ragnarök. ‘Fenris’ is a drawn-out song and apocalyptically atmospheric which lends itself well to the melodic vocal half of Vargtimman, followed by the more aggressive blend of melody and growls in ‘Rise of the Destroyer’ which is a track that deals with the rise of the sea-serpent Jörmungandr; a sibling to Fenris and also the spawn of Loki and Angrboda as described in the Icelandic literature.

“We were born to follow the blind, to embrace the snake within us all. The new world will also die, only the ashes will remain.”

The serpent at play in the lyrics of ‘Rise of the Destroyer’ is also one of inner corruption, which just as easily as the wrath of beasts and gods will be our downfall;

The ceremonial ‘Alvablot’ returns to the choral stylings of the album’s earlier tracks, but in a more mournful deeper octave, laid atop a doomy bed of rolling riffs. As both an ode to fallen friends and an autumn sacrifice to the elves, the Nordic rite of Álfablót sees Ereb Altor catch their breath for a moment before things grow darker still.

Eerie from its outset, matching ebbing tides of whistles and carrion crow squawks, ‘Den Dighra Döden’ (“the great death” in the sense of the Black Plague), comes with more portents, detailing the horrors of things to come. Not so much sung as a mix of throatily rumbled spoken word and growled lyrics, ‘Den Dighra Döden’ is Ereb Altor at their heaviest performance where synth and samples set up a slew of considerable bedrock before the storm of guitar distortion comes into play. 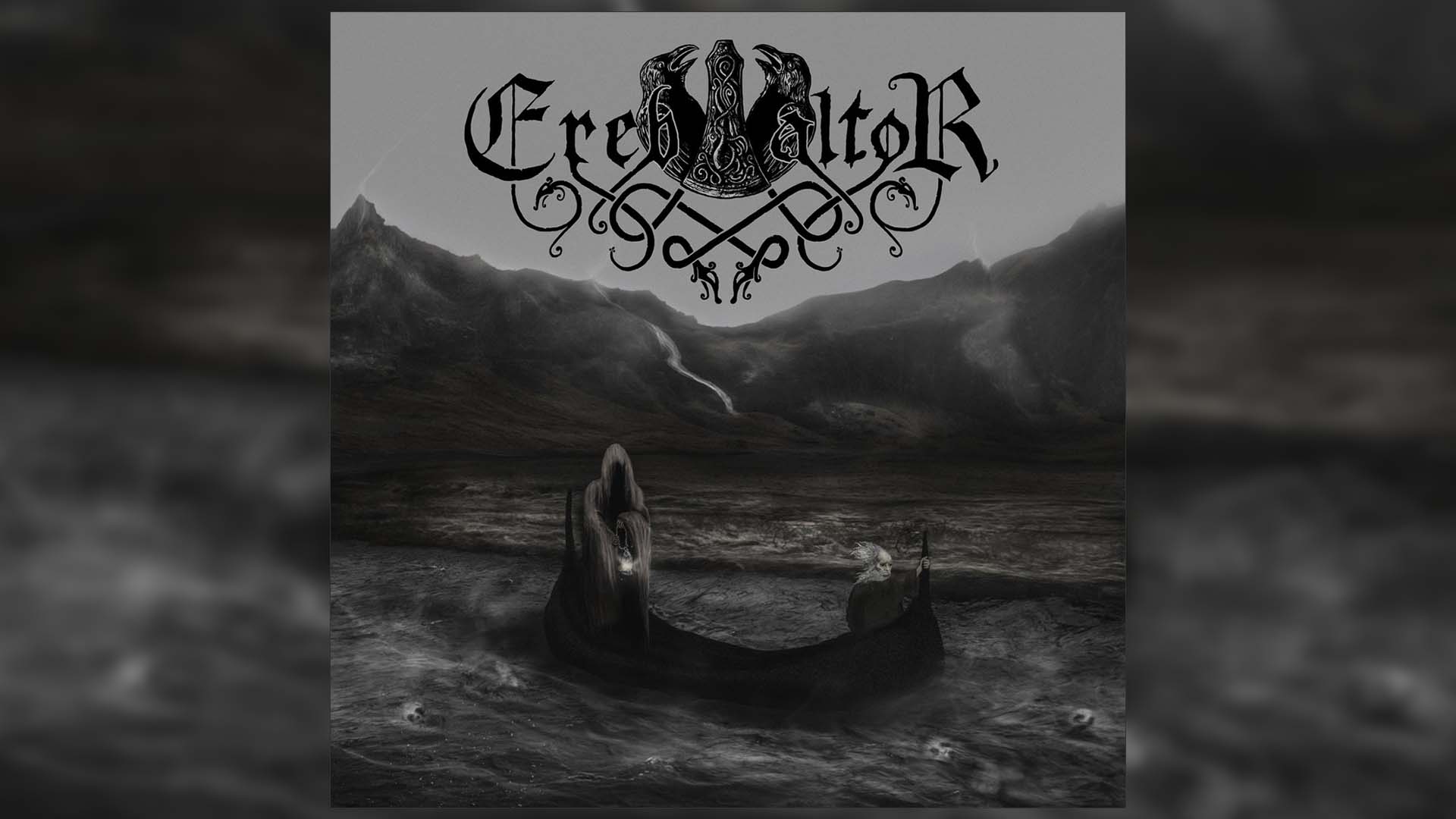 Rising from the grave sounds of its predecessor, ‘Ner I Mörkret’ is a deeply dark song, one that returns to melody, choral chants, and the chug of bassy riffs. What sets ‘Ner I Mörkret’ apart lyrically on the album, which tends to deal in the myth and tradition of Norse heathen practices and pantheons, ‘Ner I Mörkret’ instead decries the encroaching wave of Christian conversion. This condemnation hits differently when framed in the context of the whole LP, rather skilfully eliciting empathy through blasphemy. Where the heathen peoples who inspired Vargtimman’s narrative arc held the sky in their hands, they are now bound, like the Fenris wolf, by the dominance of the Christian faith.

After that, all that is left is to hear the final track of the album, aptly dubbed ‘Heimdals Horn’, which sounds like the end of days. In this case, the closing bars of Ereb Altor’s eight-track LP, ‘Heimdals Horn’ is lyrically simplistic but well-executed on an instrumental and production front. The fact that ‘Heimdals Horn’ serves its purpose saves it from being somewhat half-hearted does not bear much thought beyond punctuating Vargtimman narratively.

The influence of Norse myth and mysticism lends itself to a wide, disparate, set of sounds; even within the tried and tested terrain of black metal and neofolk, genres that channels ancient tales and heroic power. Between the internal tonal shifts and an unexpectedly light opening, Vargtimman takes a moment to find its footing, and ultimately, Ereb Altor’s ninth album is a decidedly fluid and compelling studio record for the band, satisfyingly paced in keeping with its core theme.

Poetically speaking, the album conveys all the majesty and energy of the sword and sorcery image of ancient Norse tales but less the legends of historic warriors and their animist traditions. However, Vargtimman does so in a way that tightly packs together the beasts of Ragnarök and the frostbitten ambitions of less apocalyptic times.

Ereb Altor’s Vargtimmen is available in physical format on Hammerheart Records and is streaming on the usual music services. As always, Kurgan Compass™ recommends supporting the artist directly by purchasing a digital copy from their official Bandcamp page. 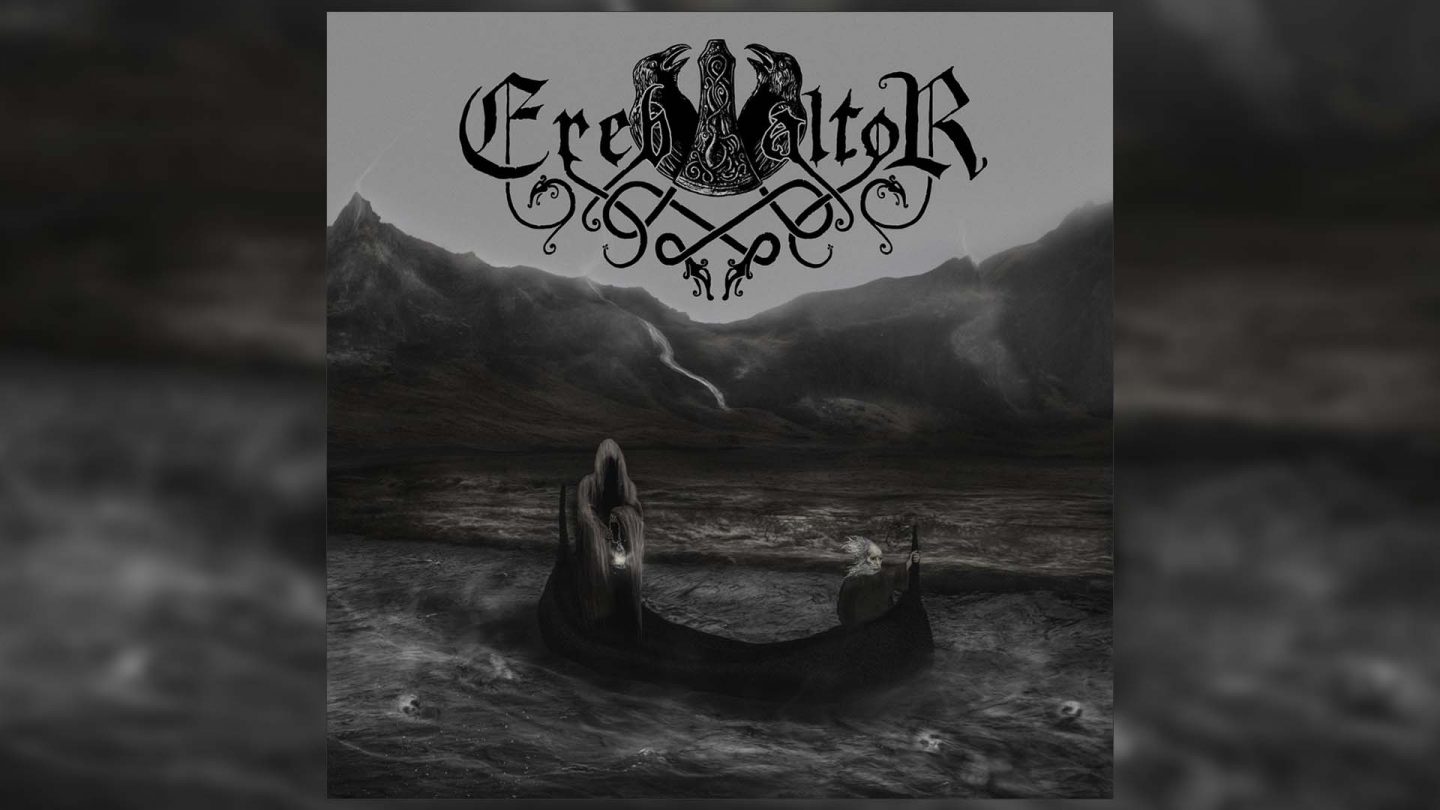 Ereb Altor — ‘I Have the Sky’ Official Music Video

END_OF_DOCUMENT_TOKEN_TO_BE_REPLACED

March 28, 2022 — For many players out there, The Witcher 3: Wild Hunt is the pinnacle of video game RPGs. Based on the applauded literary works of Polish author Andrzej Sapkowski, there are few games in history that can attest to the success of this widely-regarded masterpiece series. With The Witcher 3: Wild Hunt next-gen update looking to come out this summer, this is one super-boosted upgrade you will not want to miss. END_OF_DOCUMENT_TOKEN_TO_BE_REPLACED