‘Eptir Ragnarök’ is an expertly crafted neofolk album that seriously engages its listeners with the birth and death of the Norse cosmos — the coming of Ragnarök.

Eptir Ragnarök (meaning “After Ragnarök” or “After the Twilight of the Gods”) is a twelve-track album release comprised of previously-released songs created by Gealdyr and Danheim as well as new material created by Gealdyr. Performed in rich and varied vocal styles and supported by clear, powerful instrumentation, Eptir Ragnarök wrestles with whether the Norse myth of Ragnarök — The Twilight of the Gods fighting the final battle of Ragnarök that marks the death and rebirth of the world — lies in the past or the future, or perhaps beyond either, as a repeat, timeless cycle akin to life and death itself. 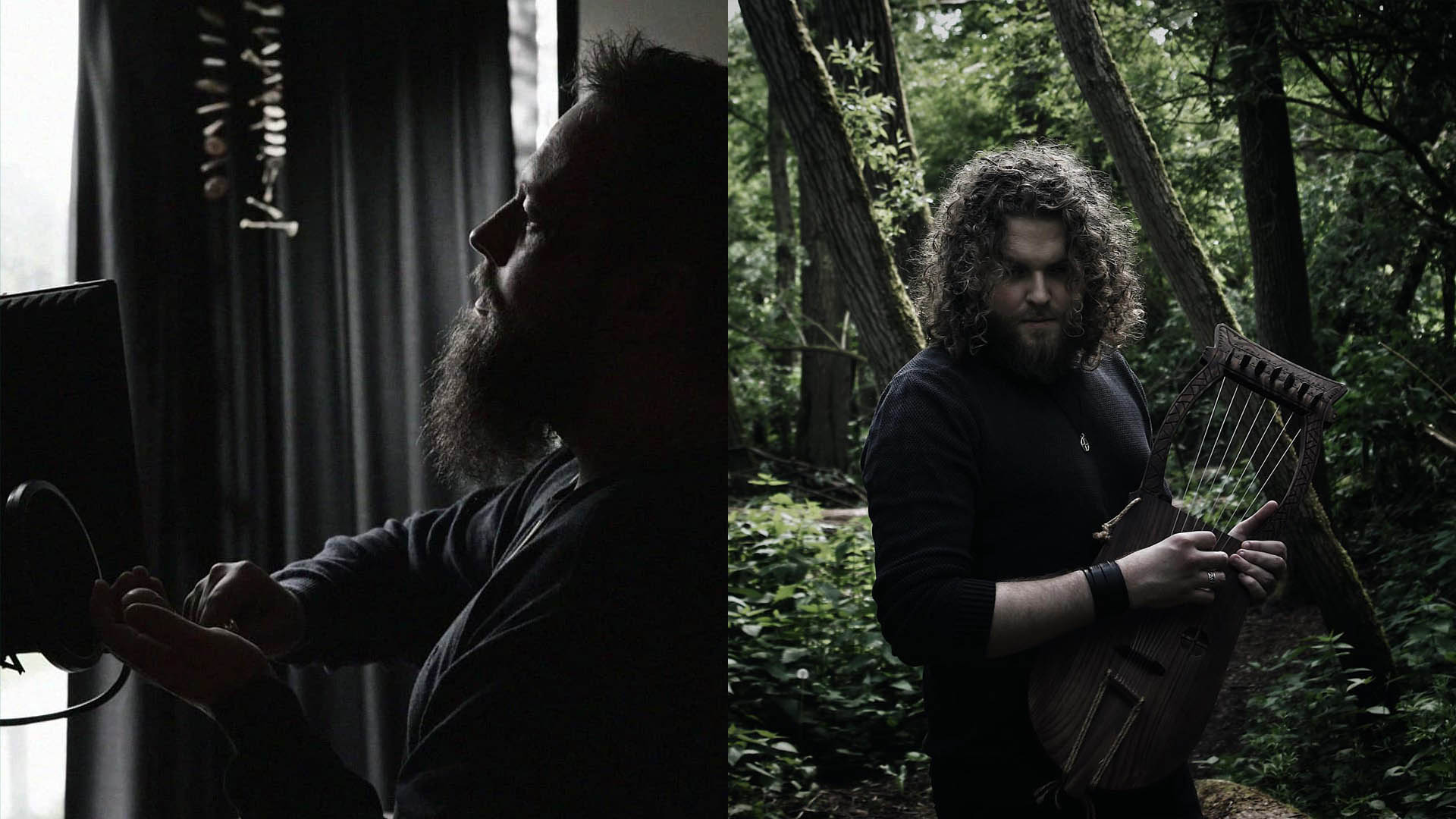 The two have collaborated with relative frequency in the past, creating and refining several songs (some of which make appearances on Eptir Ragnarök). Danheim and Gealdyr even worked together to build the soundtracks for two short films; ‘Valravn’ and ‘Völuspá’, produced by Oliver Hollingdale (who has also contributed to notable films like Avengers: Age of Ultron and Fast and the Furious 7). Hollingdale’s two shorts combine tales from Norse mythology with creative embellishment, much in line with the musical exploits of Gealdyr and Danheim — whose new album release stands as a totemic testament of the duo’s combined skill and vision.

Of Order and Chaos

The opening track of Eptir Ragnarök relates the story of Skadi, a Norse jötunn or “giantess” in Norse mythology hunting in ‘Thrymheimr’ — the name of the first song. The composition appears to reference the duality of Skadi’s identity via the juxtaposition of firm but gentle stringed instruments with a harsh, guttural vocal performance, and perhaps also the notion that many jötunns are described as large, hungry, and cannibalistic in the Icelandic sagas. Together, the forceful rhythm and tense melodic motifs of ‘Thrymheimr’ give the sense of an impending and uncertain journey, making it an effective introduction to the next two songs.

Lyrically, both ‘Bana’ and ‘Ragnarök’ (tracks two and three, respectively) speak of dramatic endings with Bana meaning “death” or “one’s bane” and Ragnarök being the literal end of the world. Yet, these two songs occur at the start of the album and seemingly introduce the theme of cycles in a “death is only the beginning” manner. In its verse, ‘Bana’ reminds listeners not to be afraid of the end, but to always be aware of it. While the tone of both tracks is rather soft, they burn with a quiet intensity, fueled by somewhat gentle yet driving rhythms. Combined, the pair provide a satisfying build-up toward the high points of the album.

A Brief Aside With the Allfather

The fourth track of Eptir Ragnarök is ‘Odinn’ and presents a bit of a surprise interruption on the journey. The mounting tension collected by the first three songs is temporarily dissolved by what is possibly the softest song on the tracklist — perhaps a compositional choice to reflect Odin’s dynamic role in Norse myth as the god of poetry, wisdom, and war. Instrumentally, the song contains an awesomely written contrast between pensive, somber verses and a gruff, ominous bridge. Vocally, Gealdyr lets loose in a way not previously heard at this point in the album, a reminder of the sheer width of his vocal talent. 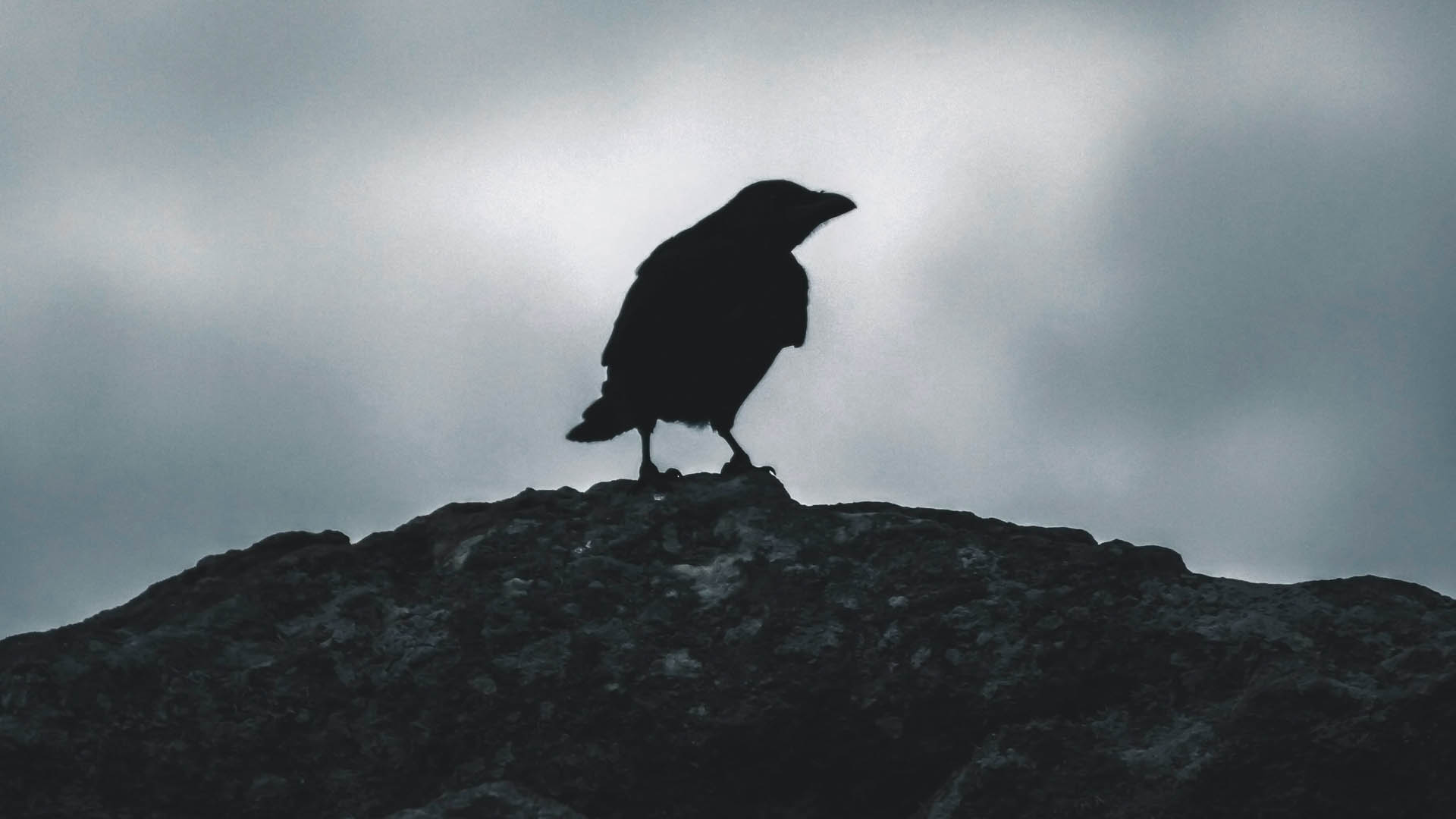 Throughout ‘Odinn’, the raven calls of Huginn and Muninn can be heard in the background. This spot-on bit of audio engineering is one particularly shining example of the album’s clever use of ambient noise.

On the Precipice of the Primordial Pit

Structure versus wilderness can be observed recurringly throughout Eptir Ragnarök but is only one of the narrative themes the album explores. ‘Ymir’ takes the next logical step, picking up where ‘Bana’ and ‘Ragnarök’ left off. Beginning with a soft, melodic verse, the track quickly transitions into a growling chant as it tells the story of the birth of the eponymous creation figure and jötun-giant, Ymir. Those who know the myth will appreciate another excellent use of ambient noise at the very start of the song: the sound of water droplets falling as antediluvian fire and ice meet.

“Gealdyr and Danheim have put together what appears to be an extremely thoughtful and narratively rich piece of work.”

Despite its relative musical calmness, ‘Ymir’ provides a thematic climax to the album. Placing it after ‘Bana’ and ‘Ragnarök’ frames the Norse creation story as, rather, a re-creation story. This, coupled with Ymir‘s role within the myth seem to address order versus chaos and the endless cycle of life and death. This makes the position of ‘Ymir’ near the center of the other songs a delicate fit.

If ‘Ymir’ is the narrative peak of Eptir Ragnarök, ‘Jötunheimr’ represents the musical climax of the album. What is most certainly Gealdyr’s most outspoken and soaring vocal performance on the album offers an elegant, orderly counterpoint. Also, ‘Jötunheimr’ is unique in the sense its only sounds are voice and percussion, mankind’s most primal and fundamental musical capabilities — which is in line with Jötunheimr’s mythical significance as a place of pure wilderness.

Next, listeners are provided with ‘Níu Heimar’ (“nine worlds”), a direct contrast to the barebones approach of the previous track. The track is a mellow, soft song that features some of the more complex instrumentation on the album, with varied percussive elements supporting multiple stringed and wind instruments. Also, ‘Níu Heimar’ tells of the structure of the world, made up of the dismembered body of Ymir. Thus, the ingredients to the order of the universe are shown to be contained within the primeval, chaotic void of Ginnungagap.

‘Ask ok Emblu’ and ‘Yggdrasill’ provide listeners with a steady decline, down from Eptir Ragnarök’s climax and into its smooth and introspective end. The former is held together by an airy, hovering voice that, at this point in the album, sounds new — a further testament to Gealdyr’s vocal versatility.

In another expert application of ambient noise, a storm can be heard writhing in the distance during ‘For Eldra’ (“forefathers, the elders”). However, the storm is additive to the music rather than disruptive. The vocals on ‘For Eldra’ are a combination of spoken word and soft singing, which helps bring the listener to a closure of the narrative, and quiet contemplation of its meaning.

The titular track ‘Eptir Ragnarök’ maintains a similar tone to ‘For Eldra’ although slightly more energetic, indicative of the idea that ‘Eptir Ragnarök’ also accounts for the storm which ‘For Eldra’ observes (likely a metaphor for the cataclysmic birth, death, and rebirth of the world, as referenced elsewhere.)

‘Eptir Ragnarök’ ends with a lighter, Skaldic version of ‘Odinn’ which remains a well-constructed song. Its reprisal could be a nod to the cyclical nature of the album.

Several Old Norse sources speak of a cycle of death and rebirth. That mortals who perish will one day resurface in the world of the living later in their own family line. Could Eptir Ragnarök imply that the Twilight of the Gods was intended to be simply a part of a grander cycle?

Gealdyr and Danheim have put together what appears to be an extremely thoughtful and narratively rich piece of work. Ambient noise, instrumentation, and widely varied vocal styles are all utilized expertly to create a sonic environment that feels alive, rich, and heft — in other words, a truly fulfilling musical and narrative experience.

Eptir Ragnarök is out now on Arvur Records and can be purchased or streamed from Gealdyr’s Bandcamp page. As per usual, we have added our favorite songs to Neofolk Next — the one and only Kurgan Compass™ Spotify playlist reserved only for the best, newly released neofolk music. 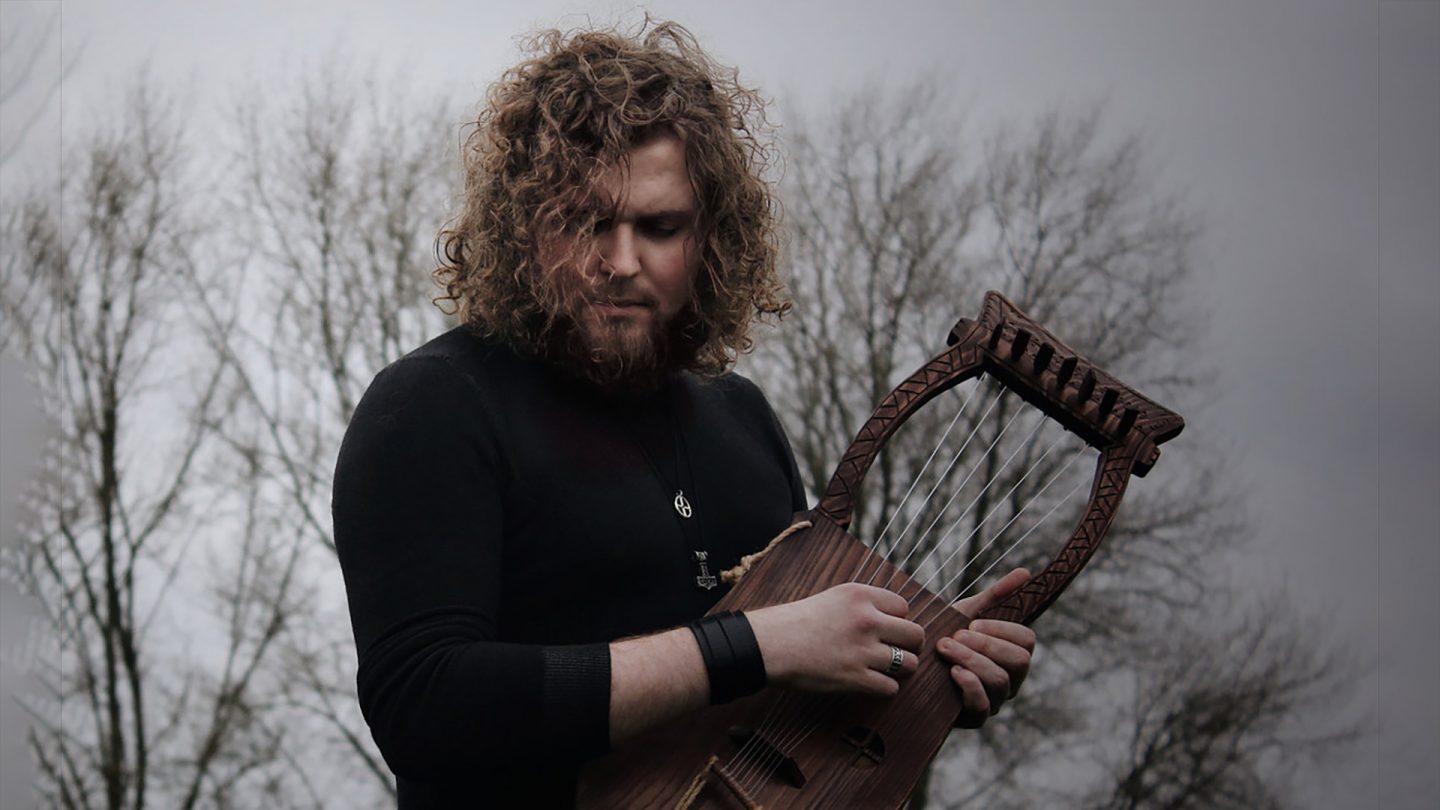 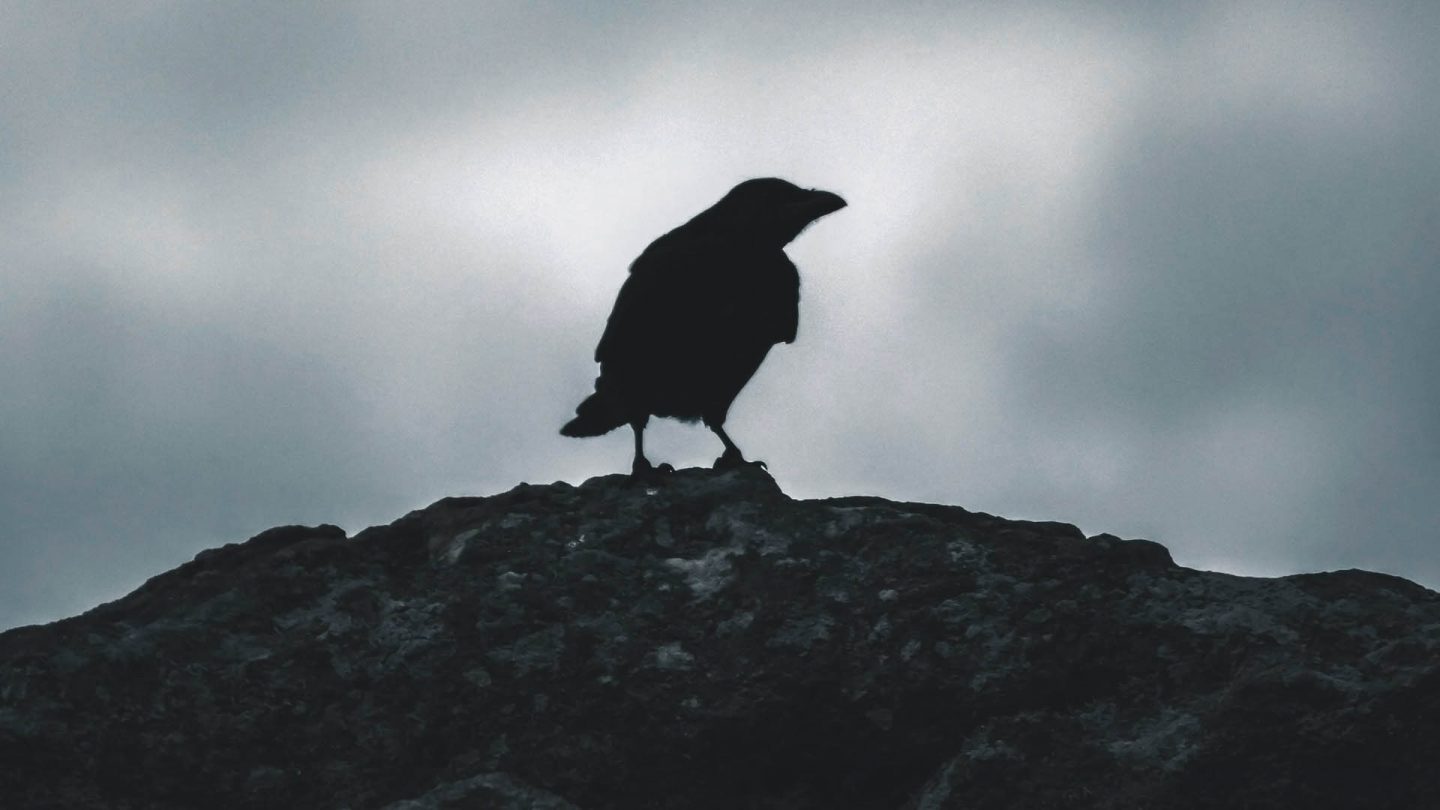 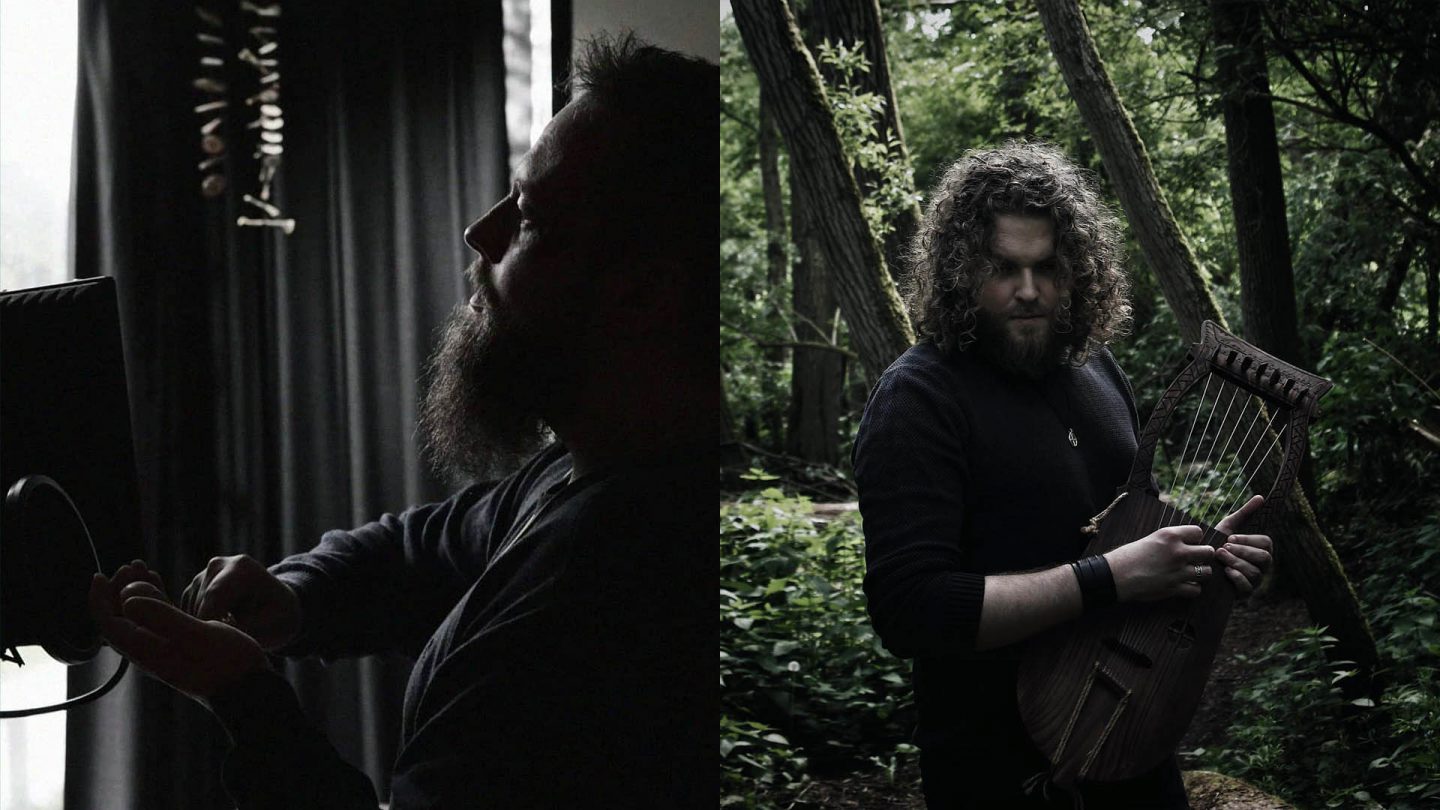 October 17, 2021 — Today’s weekly roundup may look sparse on the surface but is, in fact, abundant as the past few days were graced by releases from two highly competent neofolk artists pulling some lesser-known inspiration from the roots of Nordic culture and in doing so deliver two tracks that both have fascinating stories to tell — coupled by great performances.

END_OF_DOCUMENT_TOKEN_TO_BE_REPLACED

October 10, 2021 — Fans will agree there is often something ritualistic about the pounding rhythms and haunting vocals of neofolk as if each track is calling upon some greater being. It is the magical blend of antiquated sounds of generations gone and modern musical concepts that keep listeners engrossed in various folk compositions.

END_OF_DOCUMENT_TOKEN_TO_BE_REPLACED

October 9, 2021 — Kurgan Compass™ speaks to Vévaki’s frontman and founder Will Hunter about where the band is heading next, a bit about the musical stylings of last year’s Edda album, the instrumentation necessary to create ancient music, the new band members, and more.

END_OF_DOCUMENT_TOKEN_TO_BE_REPLACED

October 5, 2021 — As a child, Janus Pedersen was fascinated by drums. Perhaps then, this explains the prevalence of percussion found in his dark-folk project Heldom. Surprise-launching his second album Vaknan a year after releasing his first LP, Heldom again taps into the neofolk tide.

END_OF_DOCUMENT_TOKEN_TO_BE_REPLACED

October 2, 2021 — In this weekly roundup, several smaller developers take the spotlight with dark narratives and brutal gameplay. Worlds of darkness and madness tear through the fabrics of reality, their morose and Grimm imagery a telltale sign of a blood-soaked future. These stories, crafted by shadow-soul imaginations, are what graces the gaming fabric of Kurgan Compass™.

END_OF_DOCUMENT_TOKEN_TO_BE_REPLACED

September 30, 2021 — From a writer trapped in the hell of the Pacific Northwest to the rise of the Sith, September featured a bevy of video games we cannot help but board the hype train for. Thanks to the PlayStation Showcase on September 9, players were treated to some dark, gothic, and fantastical tales that we are sure will satiate that appetite for the macabre that so many gamers share.

END_OF_DOCUMENT_TOKEN_TO_BE_REPLACED

September 26, 2021 — The last couple of weeks have barely seen any neofolk releases at all. This week, however, things seem to have kicked into gear again as the colder weather of the Northern hemisphere sinks its teeth into daily life. A blend of neofolk and wolf-like metal round out a busy seven days, providing listeners with stirring sounds of bygone eras.

END_OF_DOCUMENT_TOKEN_TO_BE_REPLACED

September 25, 2021 — We are approaching that time of year when it is all about the holidays — hence news trickles out at a slower pace than usual. Thankfully, developers are still serving up cooked gamer meat which this week has resulted in a trio of rather notable titles. As we aim for quality over quantity, only games fitting the Kurgan ethos have been included.