February 22, 2021 — All too often, Norse culture is associated with men and war. Often in contradiction to the prevalence of women in both mythology and historical records. The popular perception of Nordic culture often centers on the man’s role in society.

However, the Nordic folk scene is beginning to reflect a more balanced parity. One of the most interesting newcomers that embody this is the group Tvinna. Essentially an experienced group of female neofolk artists banding together to deliver a novel folk sound fused with synthesizer sounds.i

Tvinna fixes the spotlight firmly on the feminine aspects of Nordic folk music. Their music a fascinating blend of traditional folk and metal-adjacent compositions with an electronic touch. Creating a unique force in the burgeoning neofolk scene. In not belonging firmly to one scene or style, Tvinna inhabits a unique space within the modern folk music pantheon, stylistically as at home alongside the likes of a Wardruna or Heilung (as examples of traditionally-minded dark Nordic folk) as they would be with well-established metal-constellations like Korpiklaani or Ensiferum.

“Across its expansive 47-minute run-time, Tvinna showcases a litany of tones and styles. Drawing upon the established norms in electronica, folk, and rock whilst continually subverting them.”

At the heart of One in the Dark is the immense sense of composition that has gone into the music. The ambient tones and sounds feel inherently drawn from a deep connection and understanding of the folk sphere. With powerful bass and guitar licks integrated in such a way that they do not stand out as a jarring addition to the music. Connecting to a rich wider legacy that exists almost exclusively in popular culture. For example, the use of electronica on songs like “Tides” demonstrates a sonic fluidity that suggests the only limitations that exist for Tvinna’s music are those relating to overall aesthetic and execution.

Across its expansive 47-minute run-time, Tvinna showcases a litany of tones and styles. Drawing upon the established norms in electronica, folk, and rock whilst continually subverting them. There is a sense of balance to each composition. Allowing for a dynamic that ebbs and flows where necessary. Which is most prevalent in Partus. A track in which baritone vocals and electronic bass create a rumbling low-end. Not too dissimilar to the foreboding tone of a song like “If I Had A Heart” (better known as the theme song of the hit TV series Vikings). Playing up the composition through brighter notes and vocal melodies that drift atop the grimy low-end.

Much of One in the Dark thrives on a sense of ambiance where songs can rise and fall. Always resolving itself into a sense of serenity. In turn, this allows for melodic epics like the closing track “Skymning” to unfurl without straying too far from the core boundaries of the established aesthetic. Even as elements of wider cultural appreciation and integration creep in. “Skymning” in particular adopts tones that wouldn’t be amiss in a Celtic folk composition. Executed with an ambiance more often associated with Nordic folk’s more shamanistic tendencies. Much like the Swedish folk band Garmana, Tvinna is dedicated to pursuing its own path through the neofolk scene. 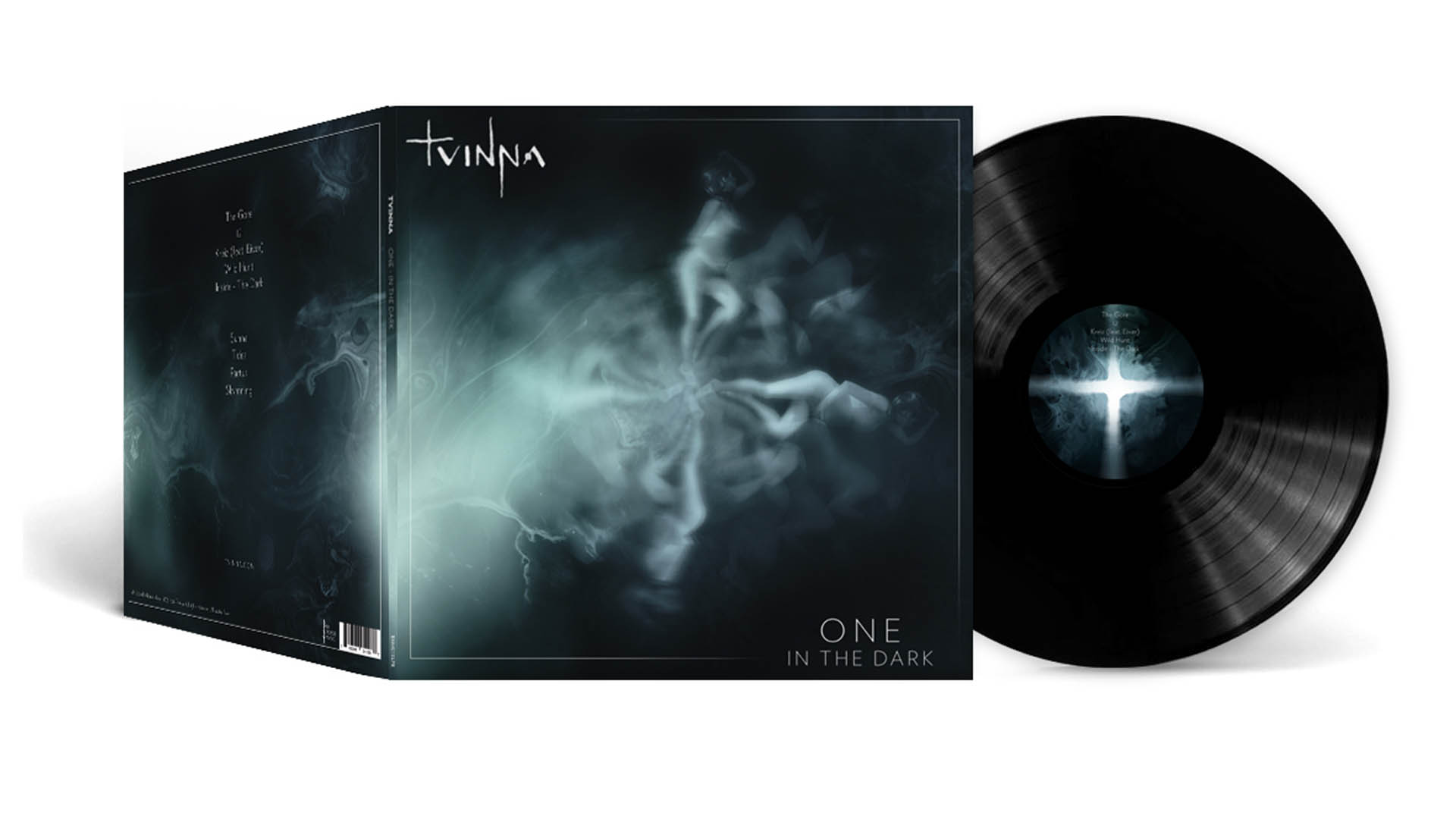 All of which is established within the first five minutes (and 29 seconds) of the record. With “The Gore” opening on an expansive wall of ethereal sound punctuated with hard, primal beats. Accentuated by suddenly switching to strings and thrumming electronica to drive home the group’s best of both worlds’ approach. Even its lyrical content alludes to the prominence of femininity and women within the lore of the music itself. The line “echoes of our sisters lay in rustling trees” drawing a clear through-line between the traditional Nordic focus on nature and animism and their own societal focus. The follow-up song “12” flips this dynamic on its head. Here we begin with the powerful rhythms and build that one might associate with folk metal. Hereby lending the overall composition a sense for cinematic drama communicated purely through sound.

Tvinna proves their ambitions for One in the Dark stretch beyond creating an album. It is a collection of sonic journeys as idiosyncratic as they are iconoclastic. A powerful affirmation of neofolk’s capacity for fusing old and new together to create immense, immersive experiences.

One in the Dark is out now on By Norse Music and can be bought or streamed here. Available in LP gatefold limited Electric Blue Edition, LP Gatefold Black Edition, and CD digipak which includes a 24-page booklet.

END_OF_DOCUMENT_TOKEN_TO_BE_REPLACED

March 28, 2022 — For many players out there, The Witcher 3: Wild Hunt is the pinnacle of video game RPGs. Based on the applauded literary works of Polish author Andrzej Sapkowski, there are few games in history that can attest to the success of this widely-regarded masterpiece series. With The Witcher 3: Wild Hunt next-gen update looking to come out this summer, this is one super-boosted upgrade you will not want to miss. END_OF_DOCUMENT_TOKEN_TO_BE_REPLACED