January 20, 2021 — Sometimes it just takes the masters coming back home to remember just how ahead of the game an A-class band like Wardruna truly are within the folk sphere.

Likely responsible for around 80% of neofolk’s associations with the metal world, the band — and Einar Selvik in particular — hold sway with an indelible impact on the shaping of traditional Nordic folk. Both sonically and aesthetically. So to say the long-awaited release of Kvitravn (having been delayed due to Covid-19) Is one of the first truly seismic events in the neofolk world this decade is more than mere hyperbole. It is an indication of how far-reaching the band’s influence has become.

In 2003, the metal scene largely treated Nordic culture as a quirky curio. Back when the group initially formed. Used to offer flavor beyond the bread-and-butter metal fayre found elsewhere. Treated derisively by areas of rock/metal journalism that struggled to move past ‘heavy metal, with fiddles?’, nordic folk was (by and large) a gimmicky enterprise. Up to the point Wardruna released their debut Runaljod — Gap Var Ginnunga in 2009. Changing perceptions by avoiding all notions of kitsch, ale-swigging cliché to instead deliver a record with near cinematic quality. The dark, moody overtones were suitable for a more brutal age.

“Kvitravn couldn’t be any more different from its predecessor. If Skald was Selvik stripping everything back and engaging his art as a singular entity, Kvitravn is positively orchestral by comparison. Its production values and sheer compositional foundations standing head and shoulders above their contemporaries.”

On each new release for the next decade, Wardruna honed their craft into something truly formidable, injecting variety into the songwriting and taking stylistic punts as with the decidedly low-fi, stripped back Skald back in 2018. In doing so, they held dominion over the neofolk kingdom. Raising themselves above more traditional folk acts like Myrkur and Heilung. Further cemented most recently, by Selvik’s contributions to pop culture’s own engagement with Viking/Norse culture via Assassins Creed: Valhalla.

Kvitravn couldn’t be any more different from its predecessor. If Skald was Selvik stripping everything back and engaging his art as a singular entity, Kvitravn is positively orchestral by comparison. Its production values and sheer compositional foundations standing head and shoulders above their contemporaries. In no small part, this is because the record is a full-band effort again.

With Selvik joined by Lindy-Fay Hella, Eilif Gundersen, Arne Sandvol, Hans Christian Dalgaard, and John Stenersen to deliver a record of titanic proportions. Creating an immersive atmosphere from the get-go. Interestingly, Wardruna strikes a harmonious balance between instrumental passages and vocal harmonies. Not letting anyone part dominate the mix to create something incredibly textured and tight. Whilst still drifting within boundaries of artistic freedom. 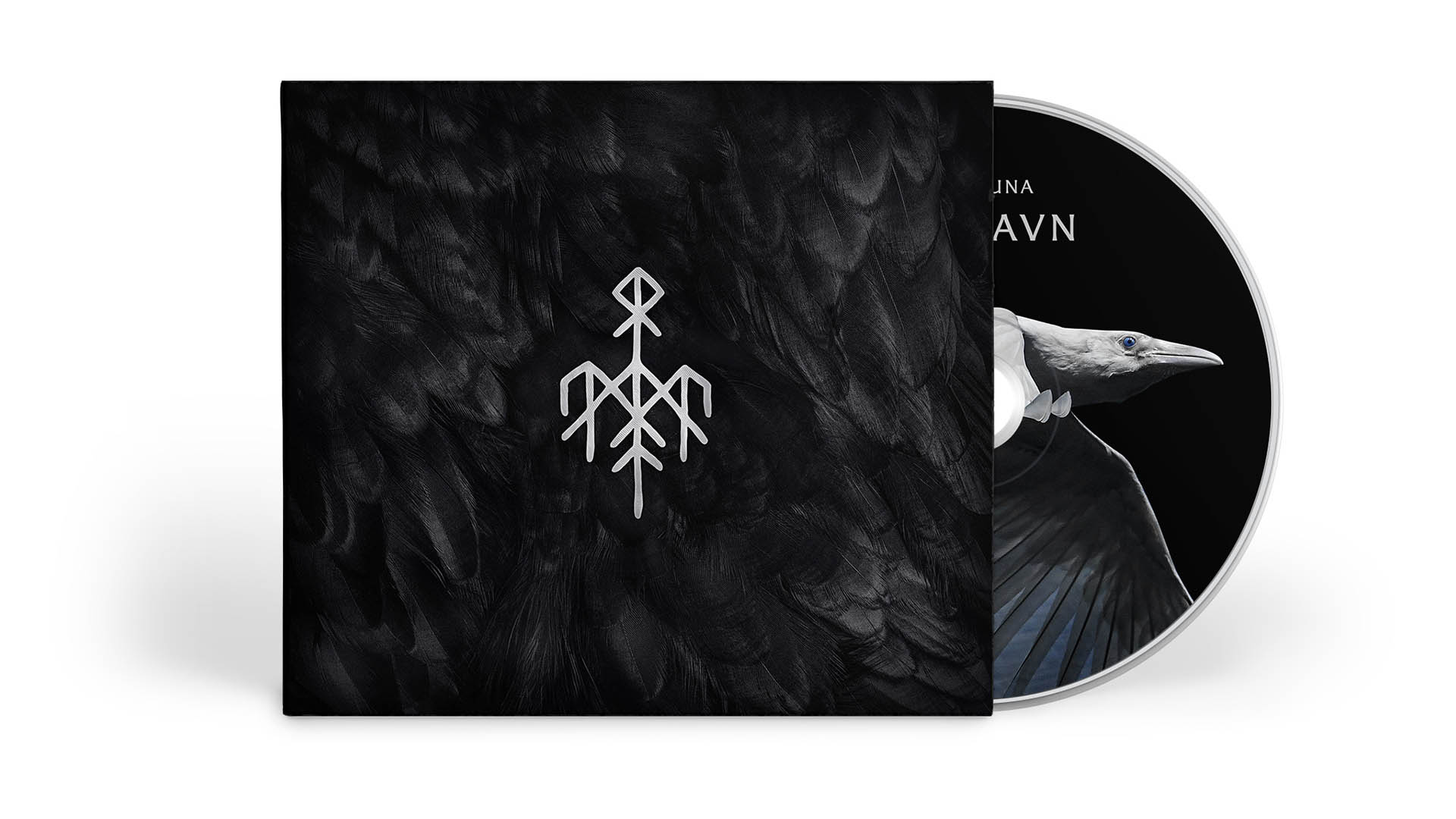 Powerfully established on the opening track Synkverv. The song’s mixture showing the extent of what can be achieved within Wardruna’s formula. Never over-extending or outstaying its welcome, this can be considered an even greater monumental achievement. Given the expansive nature of each track, songs seldom dip below the 5-minute mark. Managing to hook the listener in with relative simplicity on something like the title-track.

Yet still steadily unfold at a pace that pulls the listener along. All the while delivering rich atmospherics that will leave the listener’s hair standing on end. Meanwhile, Skugge, is the kind of track the descriptor ‘haunting’ was created for. Its mixture of voices and harmonies soaring yet sorrowful in every note, building to an insistent percussion line. Providing a sense of crescendo that speaks to this band’s capability for drawing out sonic odysseys. Even using the most spartan raw materials.

“Throughout it all is a sense of fantastical reality – rooted in personal identity and choice. But with the specters of great beasts, natural spirits, and gods leaving a tangible presence on the narrative to create something truly epic.”

For all of its differences to Skald, Kvitravn still retains the thematic through-lines that have defined Wardruna’s output. Drawing deep on themes of nature and personal engagement with the world around us, the record tells a thematic story. Drawing on the same oral traditions that have driven the band to this point.

From the title-track (a reference to Selvik’s own totemic relationship with the visage of the raven) to Grá (using the iconography of a wolf to explore the terse relationship and co-existence of man and beast). All the way out to Andvevarljod wherein more mythic themes creep in as the narrator pleas to the Norns — female beings who rule the destiny of both Gods and men. Throughout it all is a sense of fantastical reality – rooted in personal identity and choice. But with the specters of great beasts, natural spirits, and gods leaving a tangible presence on the narrative. In effect creating something truly epic.

Despite the extensive imagery employed throughout the song, Selvik isn’t hand-feeding meanings to the listener. Leaning back on Norse poetry’s own traditions, he maintains enough mystery that even a casual listener can draw out their own personal interpretations of the music at hand. The split between cohesive narrative and ‘enjoyable record’ is surprisingly easy for Wardruna. Despite its lofty conceptual bent, these songs are equally as enjoyable in isolation and quickly invoke ambiance. Without needing the full sequencing to evoke an emotional response.

At over an hour in length, Kvitravn is an epic in every sense of the world. The apex of Wardruna’s creative ambition, the record captures the band on phenomenal form. With every second of sound meticulously layered and arranged. So that it creates a completely immersive, sonic, world. Kvitravn feels less like cultural exploration and more like being dropped in the middle of a fantastic landscape. Almost like a personally curated tour of Norse culture by one of music’s foremost experts.

Every one of Wardruna’s 17 (now 18) years as a band can be felt across this record. A sense of soulfulness that only comes with experience further driving home just how vital a force Wardruna is in 2021. It is no small thing to see the band raising the bar this high. Considering the impact they have had on the emergent culture of Nordic folk so far. Creating a watermark that all subsequent bands will surely strive to reach.

Update: The album can be ordered directly from the Wardruna World Shop.

END_OF_DOCUMENT_TOKEN_TO_BE_REPLACED

March 28, 2022 — For many players out there, The Witcher 3: Wild Hunt is the pinnacle of video game RPGs. Based on the applauded literary works of Polish author Andrzej Sapkowski, there are few games in history that can attest to the success of this widely-regarded masterpiece series. With The Witcher 3: Wild Hunt next-gen update looking to come out this summer, this is one super-boosted upgrade you will not want to miss. END_OF_DOCUMENT_TOKEN_TO_BE_REPLACED