September 26, 2021 — The last couple of weeks have barely seen any neofolk releases at all. This week, however, things seem to have kicked into gear again as the colder weather of the Northern hemisphere sinks its teeth into daily life. A blend of neofolk and wolf-like metal round out a busy seven days, providing listeners with stirring sounds of bygone eras.

Undeniably, something dark and ancient lurks within those of us with a penchant for music rooted in the past — in a good way. Watching the emerging soundscape from atop the Kurgan, our hunch is fans will feel a connection to several songs in today’s roundup — especially those of us with Anglo-Norse blood coursing through their veins.

In this last roundup for the month of September, we report mostly of new folk albums from familiar artists plus a few unexpected collaborations from newcomers that show promise for the future of the rhythmic and often haunting melodies of the genre. As always, we have added our favorite songs to the Kurgan Compass™ Spotify playlist which you can listen to here.

Heldom is the brainchild of Danish folk artist Janus Pedersen, and every song on his new album Vaknan is inspired by ancient Nordic culture and offers up gentle, traditional sounds that draw forth the dormant yet living spirit of ages past. An authentic neofolk song will evoke something within the listener, often it is a strong emotion or something deep and primal that is hard to explain. This deep, immersive experience is what the carefully crafted sounds on Vaknan — which the hallmarks of a concept album — sets out to achieve.

Heldom offered the following comment via his Bandcamp page;

“Vaknan is about living, dying, the struggles and successes, combined with the inspiration of the Viking age, Nordic sounds, ambiance, and the use of the elements of nature.”

On most concept albums, there are a few tracks that veer away from the core focus, but not so with Heldom who did a fantastic job consistently sticking to Vaknan’s theme and sound whilst the LP’s more ritualistic tracks like ‘Baskende Vingar’ and ‘Banadgar’ serve as a call to ancestral memories — carried within the listener and tucked deep in the unconscious soul.

The album may get a little numbing in later tracks, but this rarely takes away from the moodiness of tribal humming and the calls of nature, and we should have a full review up soon. Vaknan is currently available on Bandcamp for $12.99 USD and is also streaming on all major music services.

Within the Norse cultural sphere, warriors wearing the skins of wolves were called Ulfhednar (Úlfhéðnar in Old Norse) — they were elite soldiers who shared certain similarities with the berserkers (a warrior cult associated with the bear.) Intriguingly, the historical Ulfhednar warriors stand out as Odin’s own elite guard in the Icelandic sagas. HULKOFF’s newest single stands out too — in its own way, by way of an intense, sonic journey that features ferocious, machine-gun chugging metal riffs paving the way for an explosive metal track. With three singles teased including the recent ‘To Valhalla’ and today’s ‘Ulfhednar’, those looking for adrenaline-pumping energy and deep, Nordic vocals with a historical Viking-vibe should gear up for HULKOFF’s third LP Ragnarök.

Traverse classic mythology and the legends of folklore through the sounds of this week’s Kurgan musical roundup. Fans can feel the sensation wash over you as the track continues, pounding drums and haunting melodies thrusting your mind and body into an earlier age.

The single is available on Spotify, Apple Music, and all the others in both English (Vinland Edition) and HULKOFFs native language, Swedish (Svitjod.) There is something fascinating about hearing the track in its intended tongue and being able to compare it to the English version (which allows a broader audience to know the lore behind the Ulfhednar wolf warriors.)

Ragnarök is HULKOFF’s third album and is expected to release on October 22, 2021.

Norwegian band DROTT, which we took a closer look at here, is not afraid to break molds and deviate from the norm, which is what helps elevate their latest release and premiere album, the 10-track Orcus. The focus of this auditory excursion is not the harsh instrumentalities of metal or something a bit more modern. Orcus was composed to be cerebral, delivering its message through mysterious yet playful melodies that help create an intoxicating sound.

Orcus rarely drifts away from itself as DROTT does its best to stick to the smooth and soft sounds of songs like ‘The Lure’, the titular ‘Orcus’, and ‘By the Lunar Lake’. Not only do the ten tracks mesh well, but are also unique in their own way. ‘Katabasis’ kicks off with a relentless guitar and string accompaniment that drives the rest of the musical experience.

There’s certainly something truly mystifying about Orcus, and it bleeds through every track, connecting modern sounds with an eons-old world. Orcus is available on DROTT’s Bandcamp for $10.55 USD and where it was released through ByNorse Music (who also brought it to the usual music platforms.)

Norway’s Warduna is perhaps what many would call neofolk’s flagship act. The band explores Nordic history through deliberate vocals and instruments ranging as far back as to the Bronze Age. However, it is the band’s female vocalist, Lindy-Fay Hella, that is creating headlines this week with a new album collaboration. Hildring will be a nine-track album pieced together by Hella in collaboration with an enigmatic, hitherto unknown duo by the name of Dei Farne.

Listeners can get a taste of Lindy-Fay’s sonic direction through the single ‘Hildring’ — the title song is currently available for streaming through Bandcamp and elsewhere. ‘Hildring’ is Norwegian for ‘mirage’ or ‘visual phenomenon’, and the sneak peek feels like a mystifying auditory illusion. Hella’s vocals are at their peak, coursing listeners along with likable rhythmics and “Norwegian sounds”.

Though Lindy-Fay’s initial track is a shade or two away from being grim and even features some uplifting notes’, the collaboration with Dei Farne promises the full album will offer something ‘darker’ and ‘more rhythm based’, the vocalist explained during the reveal. Hildring will launch on November 26, 2021, through ByNorse Music.

Lindy-Fay Hella will also be on tour in 2022, hitting locations across Switzerland, Germany, Austria, Hungary, and Romania from July 1 to July 15, 20022.

According to Moscow-based Bjarla’s Bandcamp, the band has always “wanted to make a dance track” in the traditional pagan folk genre it is known for. With the release of ‘Runddans’, the band finally branched off into music to express what they believe is a runic dance. It is a simple track that repeats the same bars for much of its five-minute runtime. But, for what Bjarla hoped to accomplish, the repetitive use of a tagelharpa and jaw harp works well and the track is arguably danceable.

Bjarla also released an official music video for ‘Runddans’ showing of the rune dance the band referenced. The track (and video) both call to simpler times, telling folktales by dimming fires as the night waned on.

We have added our favorites to the Kurgan Compass™ Spotify playlist which you can listen to now.

END_OF_DOCUMENT_TOKEN_TO_BE_REPLACED

December 3, 2021 — Behind every good video game is typically a soundtrack that helps fuel the epic conflict unfolding on screen. Kurgan-resident James Paterson recently caught up with Stephanie Economou, the composer behind the 14-piece soundtrack for Assassin’s Creed Valhalla: The Siege of Paris that was released in August.

END_OF_DOCUMENT_TOKEN_TO_BE_REPLACED 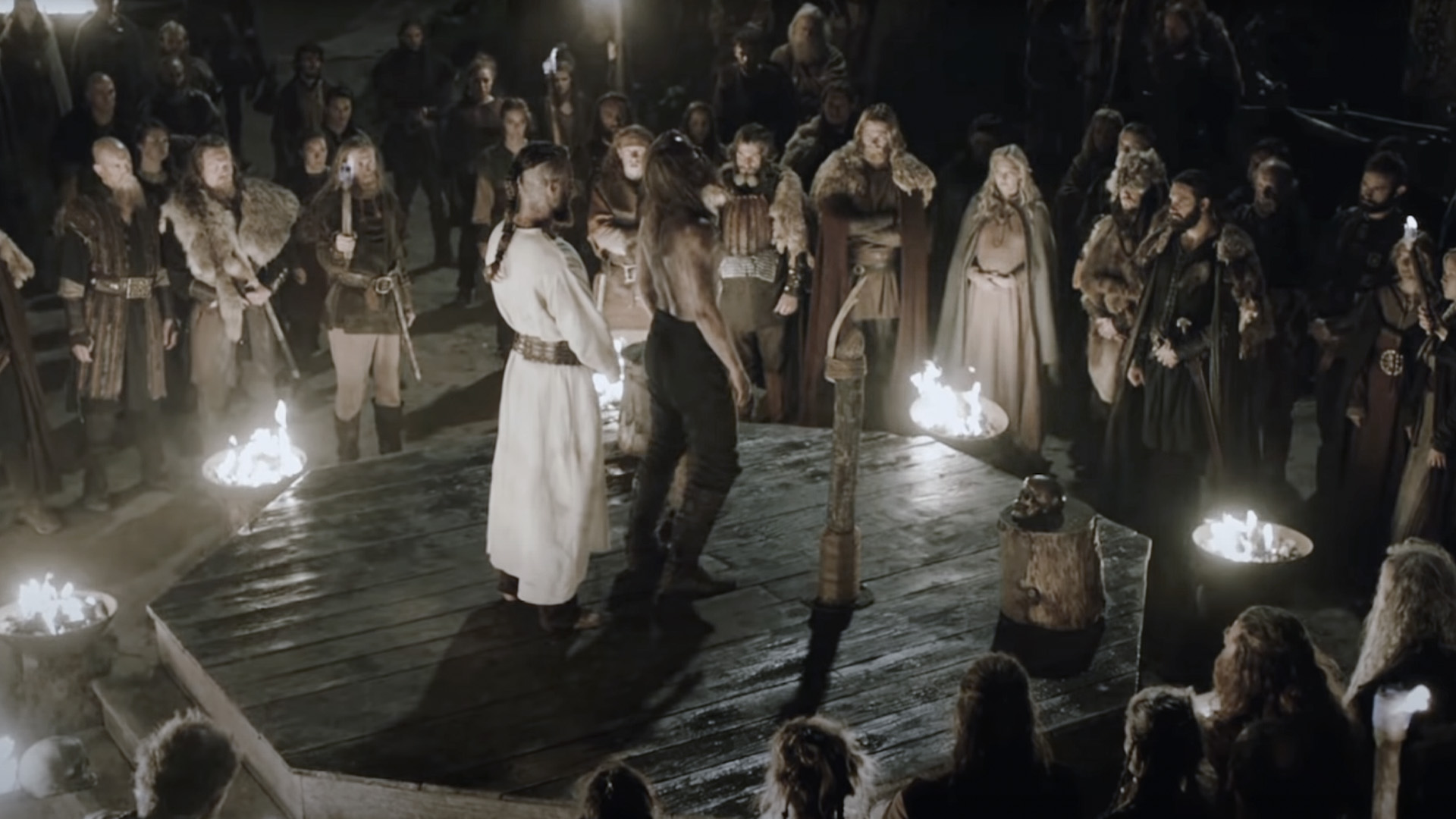 November 28, 2021 — Kurgan Compass™ listeners can rejoice for this week’s roundup as we have been blessed with a wide range of music from a variety of folk artists. From the traditional elements of Danheim’s new single ‘Tivar’ (“Gods” in Old Norse) to more experimental tracks like Errrilaz ‘Valhalla’, this roundup is a smorgasbord of hypnotic songs inspired by ages past.

END_OF_DOCUMENT_TOKEN_TO_BE_REPLACED

November 20, 2021 — Considering the dominance of Scandinavian folk metal in the late 90s, it is amazing how folk metal has exploded and become a key factor in the ascension of global metal, with acts as diverse as The Hu, Bloodywood, and Nine Treasures flying the flag for how folk metal allows international artists to explore a love for the genre while championing their national and cultural identities.

END_OF_DOCUMENT_TOKEN_TO_BE_REPLACED 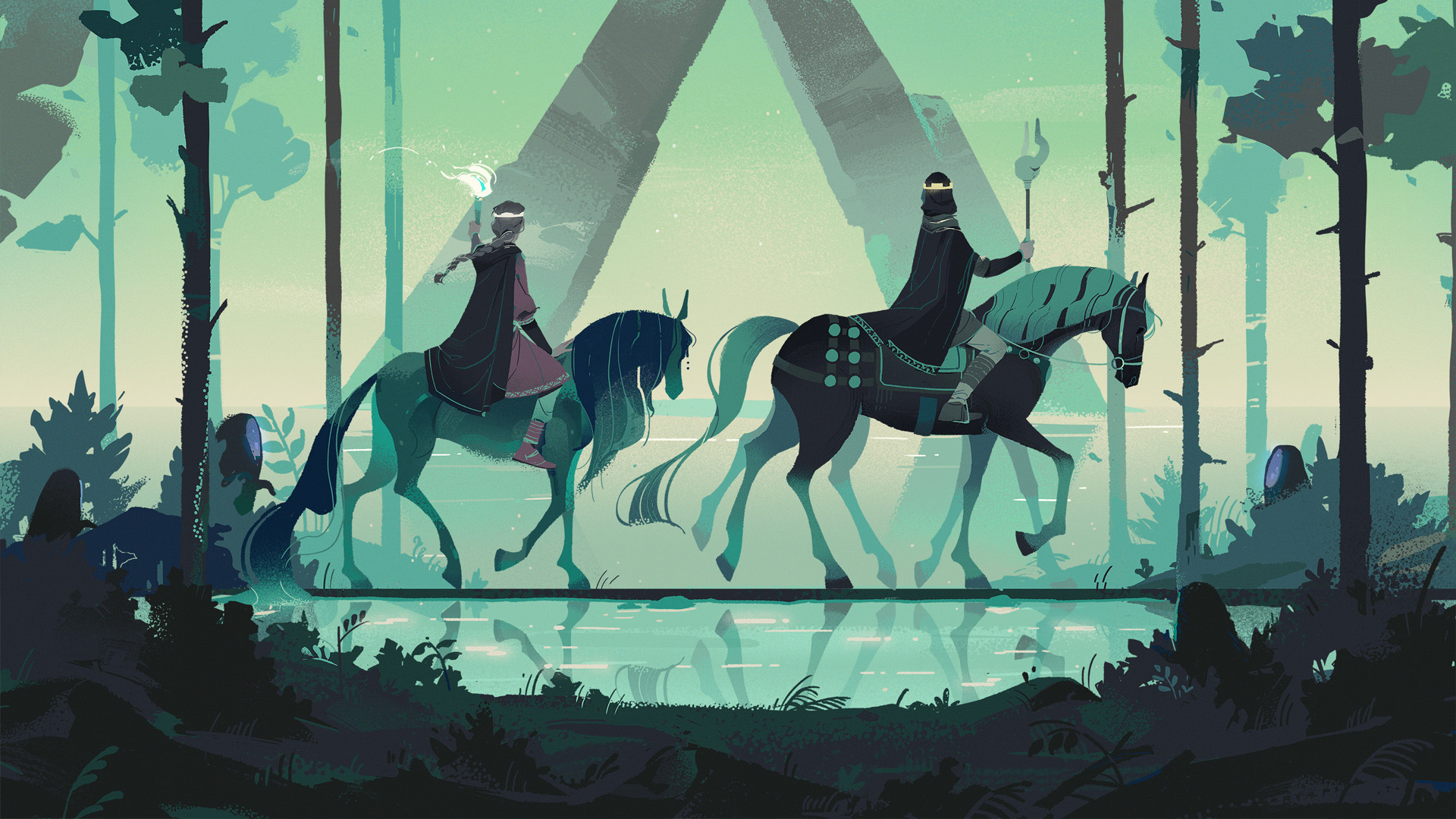 November 19, 2021 — The week is not done until music fans have read up on the latest neo- and dark folk tracks that have been released recently. There is plenty to enjoy in this roundup, with many of the tracks (successfully) relying on the power of string instruments to carry the signature sounds of Norse culture (while we have heard some of the tracks before, new music videos provide a fresh, different experience.)

END_OF_DOCUMENT_TOKEN_TO_BE_REPLACED 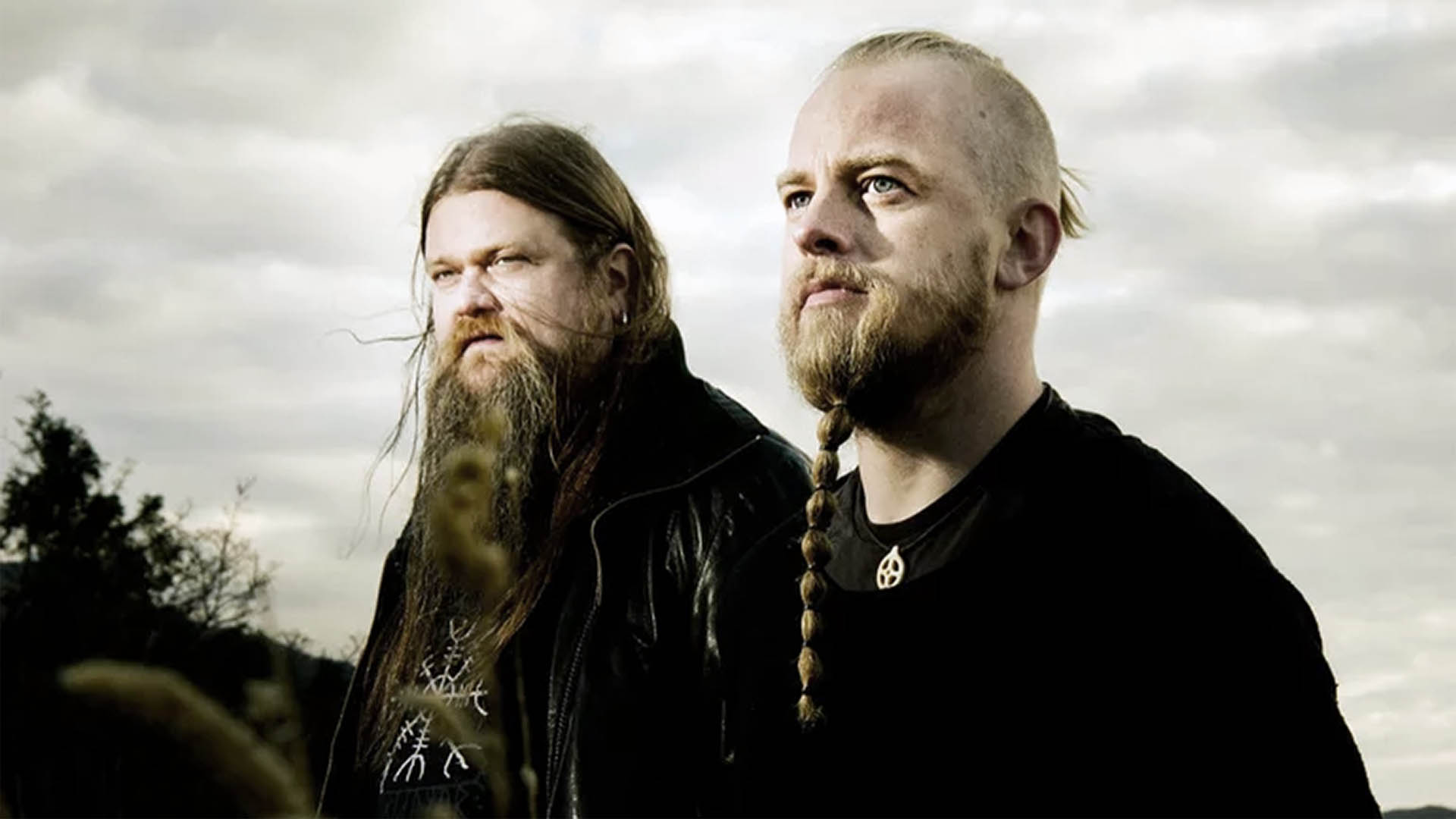 November 17, 2021 — Whether you prefer the black metal sound of Enslaved or the more traditional folk ambiance from Wardruna, one cannot understate the impact Ivar Bjørnson and Einar Selvik have had on their respective genres. It should come as a surprise to no one that great things happen when these two musicians work together, like their 2018 album Hugsjá.

END_OF_DOCUMENT_TOKEN_TO_BE_REPLACED 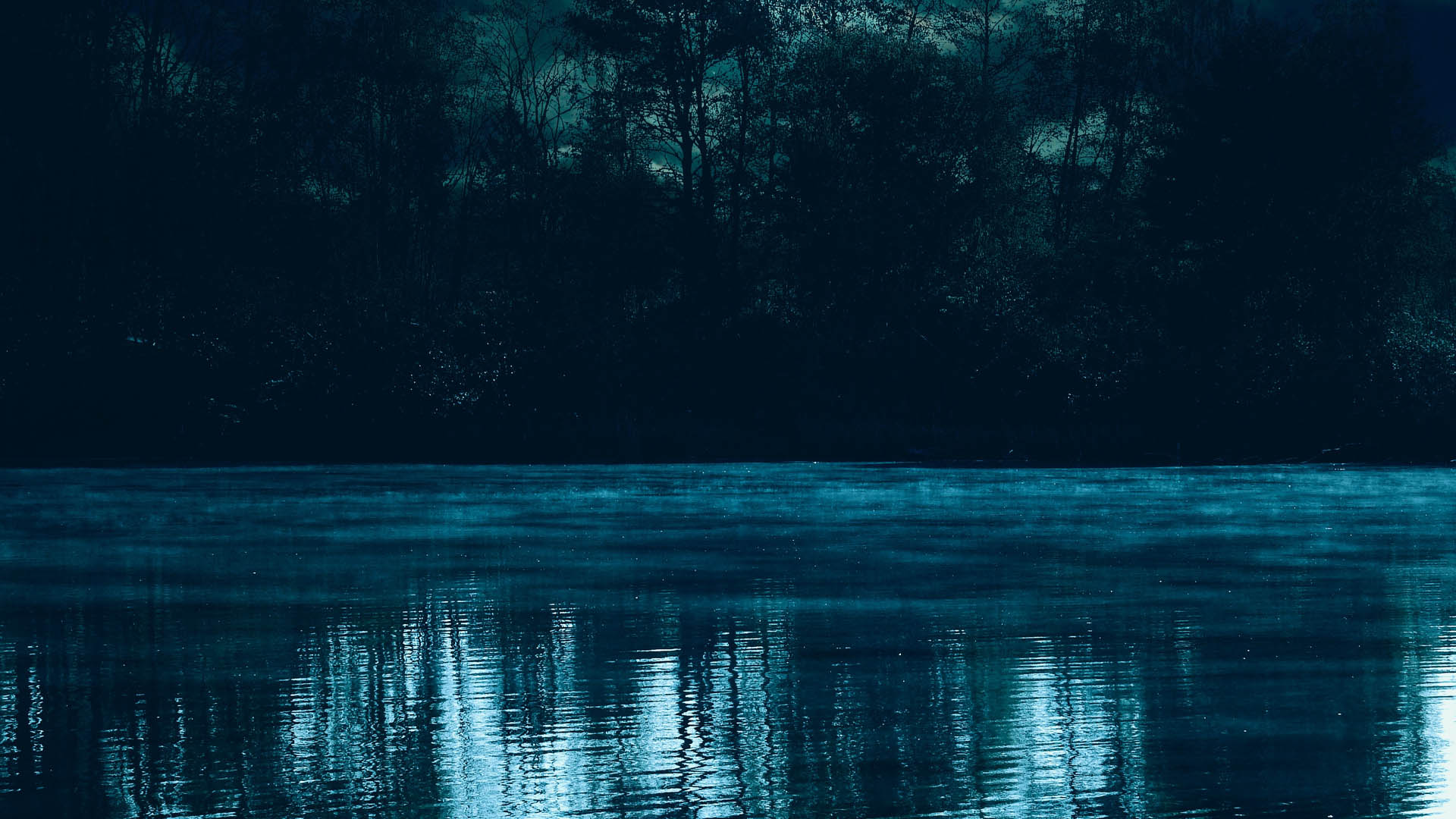 November 14, 2021 — With another week of sparse releases, Kurgan Compass™ readers need not worry as what has been released is top quality. We bring the best new music from artists like Dreyma and Gåte, a teaser for the upcoming debut album by Swedish artist Urferd, and a solid metal collaboration by Peyton Parrish and Jonathan Young, and then some.

END_OF_DOCUMENT_TOKEN_TO_BE_REPLACED 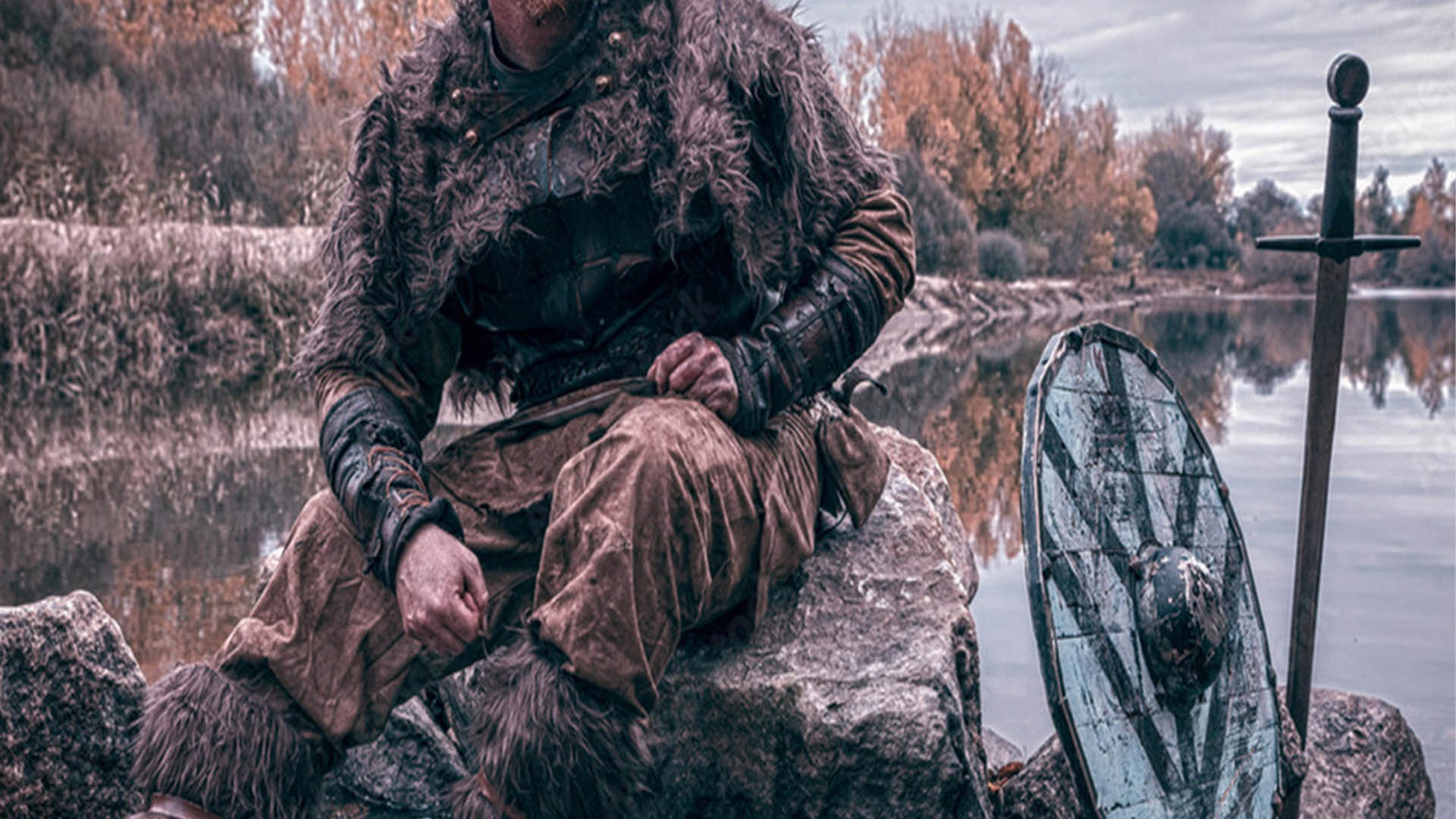 November 12, 2021 — Ever prolific, British one-man neofolk project Herknungr (a customized, “artistic license” Old Norse spelling for “warrior king”) has released four albums in 2021 alone. In doing so, Herknungr has been able to explore myriad tones and facets of his Nordic-inspired soundscapes.

END_OF_DOCUMENT_TOKEN_TO_BE_REPLACED 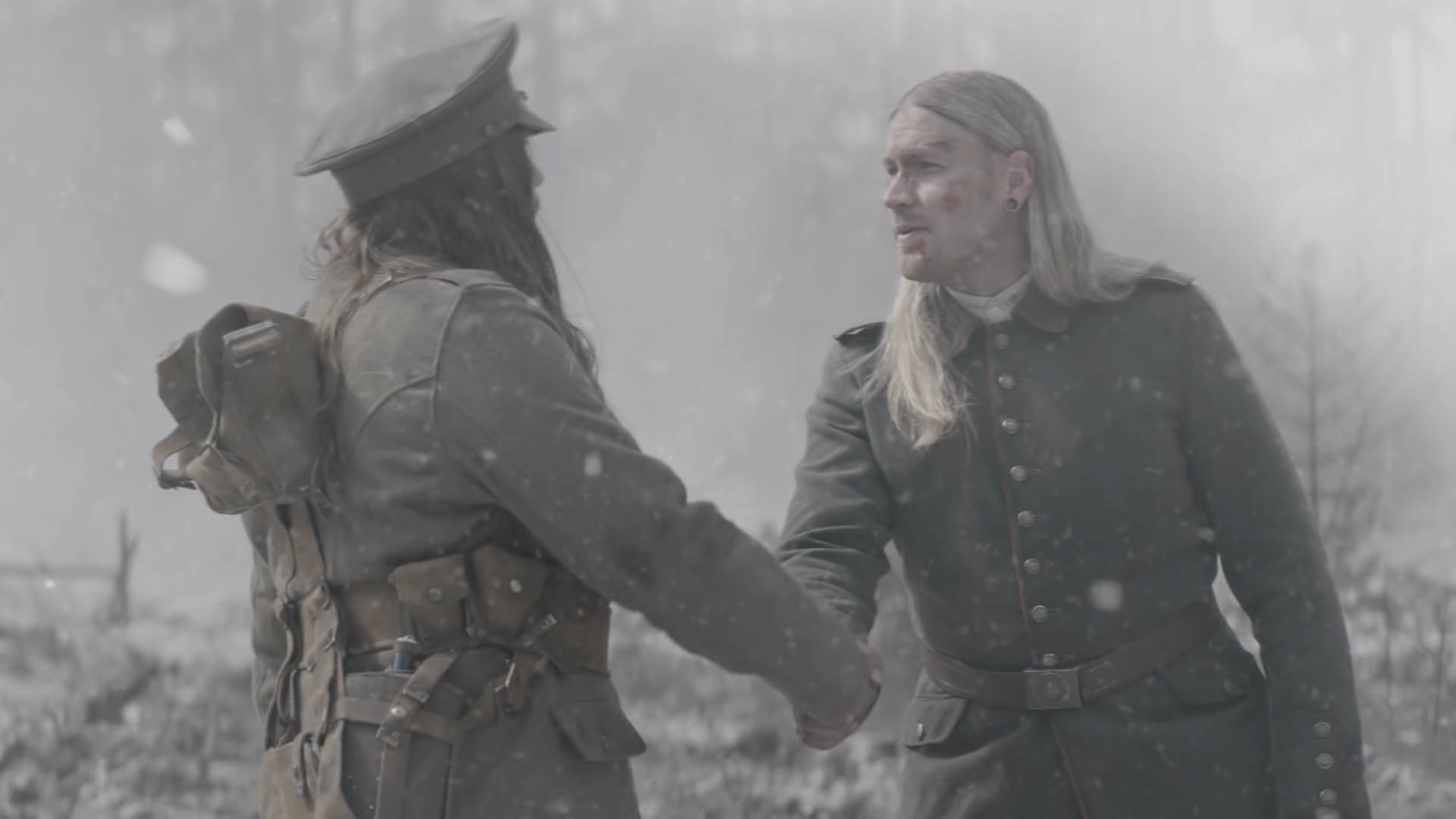 November 6, 2021 —  This week’s roundup features a number of songs that each takes inspiration from past events or music. Whether it be a region of Norway, an old folk ballad, or one of the most famous events of World War I, these artists have brought the past to the present.